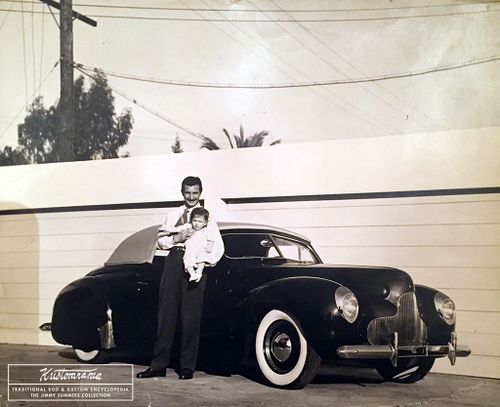 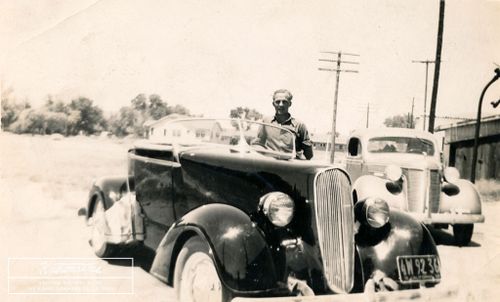 An unknown early custom build. It reminds a lot about the boat-tailed speedsters that Frank Kurtis was building in the early 1930s, and it seems to be running a 1937 California license plate. It has been dressed up with a DuVall Windshield, and the fellow standing next to it looks a lot like George DuVall himself, another early pioneer of the custom car scene, and Jimmy’s business partner in the 1960s. Completed in 1936, the Southern California Plating’s 1935 Ford Delivery truck was the first car to run one of George’s famous windshields. Photo courtesy of Karen Smith. 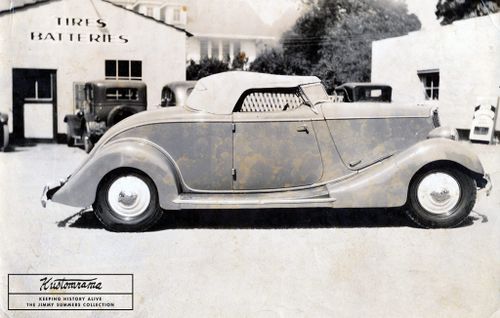 An early 1933 or 1934 Ford custom from Jimmy’s old album. Most likely an early custom job by Summers, modifications include fenders with modified wheel openings. Sheet metal has been added to the bottom part of the fenders and inside the wheel openings, making the fenders more massive and bulky, while the size of the wheel opening has been reduced. The top has also been chopped, and it has been fitted with a DuVall-type windshield. The stock headlights have been replaced with 1935-36 Ford units, and it has been dressed up with solid hood sides, custom hubcaps, and chrome trim on the running boards. Photo courtesy of Karen Smith. 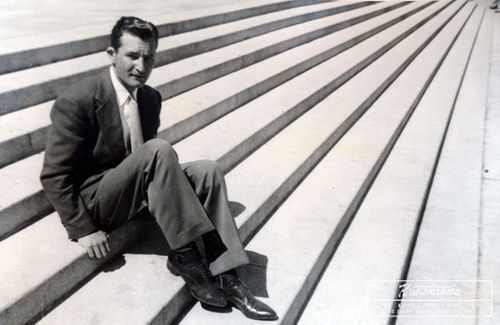 A photo of a young Jimmy posing in a staircase. Earl Bruce described Summers' shop as "a dirty, filthy body shop owned and operated by one Jimmy Summers, who had the finest pair of hands on this planet." Lee and Kris recognized their dad in that description. "His hands were always clean, and he never had a cut, bruise, or a broken bone in his hand. His hands were his life," Lee recalled. Photo courtesy of Lee and Kris Summers. 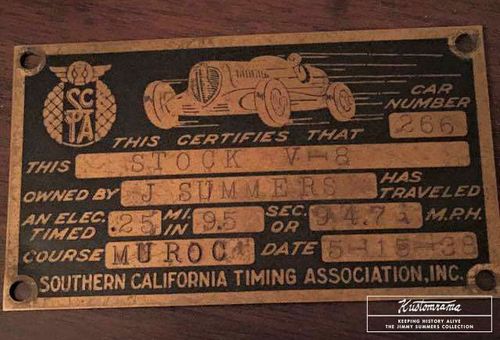 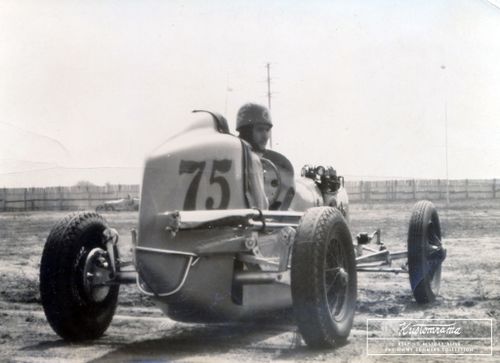 Jimmy in a race car. Karen believes that this was Jim’s car. Lee describes his dad as 6 feet tall and very slim. He was an active person that liked to go skiing, and he was fairly good at it. He also loved racing, and on the weekends, you would find him on the dry lakes chasing speed records. The back of this photo was stamped "Hollywood Press Service. Photo by Ramsey. Sep 4, 1939." Photo courtesy of Karen Smith. 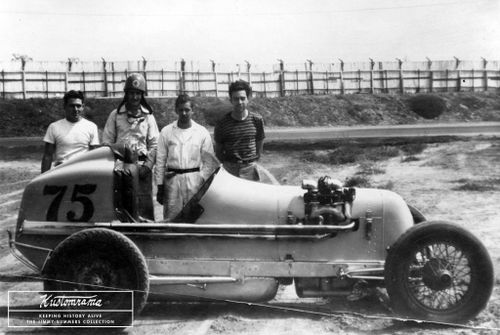 According to Lee, an automobile accident damaged the lower part of Jim's leg; "He broke the bones so bad that the doctors couldn't get it back together again well enough for him to continue racing." Jimmy is the gentleman with the helmet in this photo. Photo courtesy of Karen Smith. 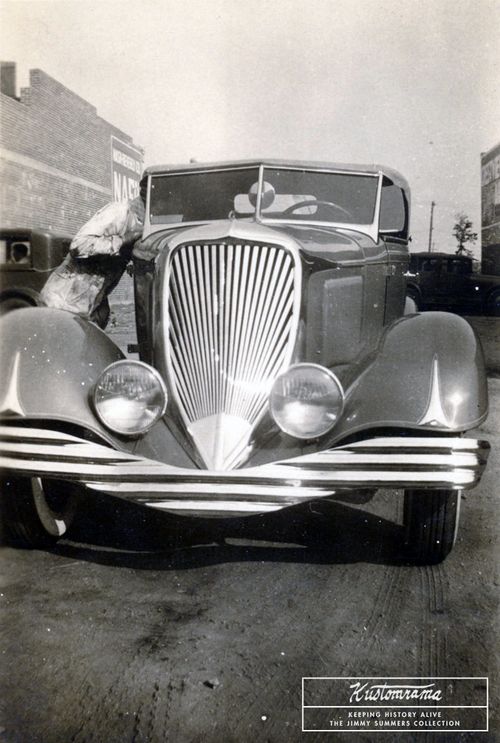 A 1931 Ford delivery truck that George DuVall restyled for Leonard DeBell and his Southern California Plating Company. DeBell had DuVall restyle their cars in order to promote their business. This photo comes from Jimmy’s album, so chances are he was involved in this build as well. Photo courtesy of Karen Smith. 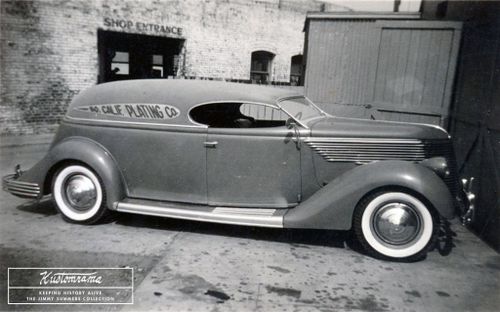 George DuVall and Frank Kurtis restyled the iconic, and now long lost Southern California Plating Company's 1935 Ford truck in 1935. Who did what on the truck is not known, and some people believe that Summers installed these headlights on the car in the late 1930s or the early 1940s. Coming across this photo in Jimmy’s personal album adds another vote to that suspicion. Photo courtesy of Karen Smith. 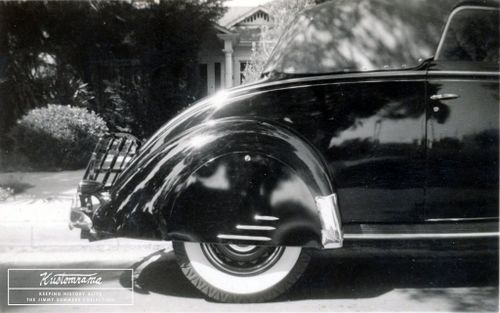 A 1937 Ford convertible that has been dressed up with fenderskirts that feature three chromed ribs. Photo courtesy of Karen Smith. 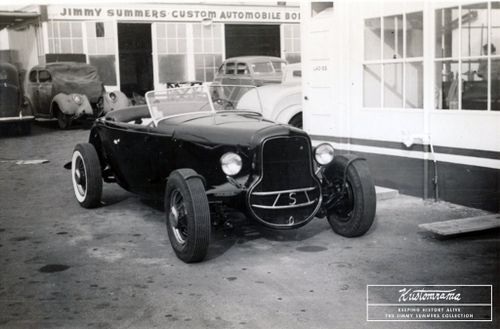 Being a jack of many trades, Jim told Karen that he made his money owning gas stations. By the late 1930s, he was running "Jimmy Summers Custom Automobile Body Shop" at 7919 Melrose Avenue in Los Angeles. This photo of Jim's 1932 Ford Roadster was taken in front of his shop. Located right across the street from Fairfax High School, So-Cal Speedshop founder Alex Xydias was one of the local kids that used to hang out at Summers' shop after school. The shop was nothing fancy, Xydias recalls in Mark Christensen and Tony Thacker's book about So-Cal Speed Shop, "just four plastered walls, a bare concrete floor, and a gas jet, which on cold mornings was ignited to shoot a flame that warmed the shop in minutes." Photo courtesy of Karen Smith. 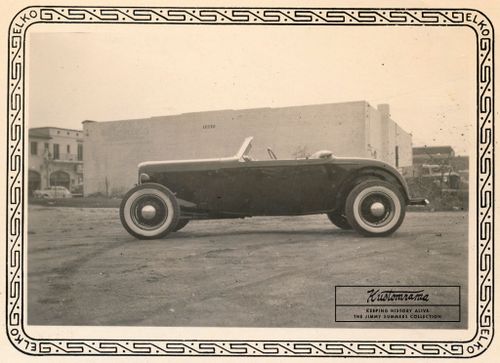 Supposedly built in 1941, the body on Jimmy's lowslung roadster was channeled 3 inches over the frame. Photo courtesy of Karen Smith. 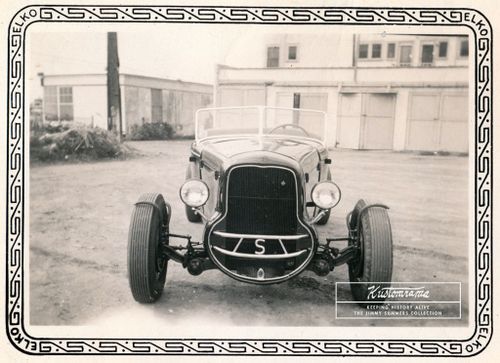 The grille shell on Jimmy's roadster was bulged out at the bottom to hide the frame rails. It was also dressed up with a custom made nerf bar that featured the letter "S" for Summers. Photo courtesy of Karen Smith. 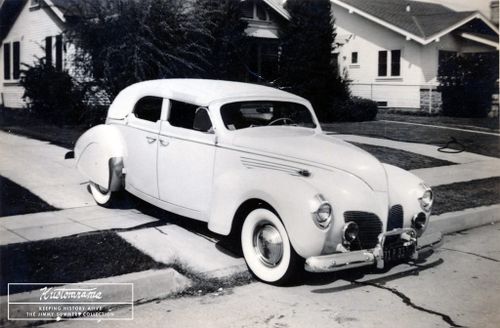 Could this be another early Summers of Hollywood custom? This chopped 1938 Lincoln Zephyr Convertible Sedan has been dressed up with a padded top, 1940 Ford headlights, and a later model, bulkier front bumper. The running boards have been removed, and chromed gravel guards have been installed to protect the fenders. The front end has also been dressed up with two fog lights and a grille guard. Photo courtesy of Karen Smith. 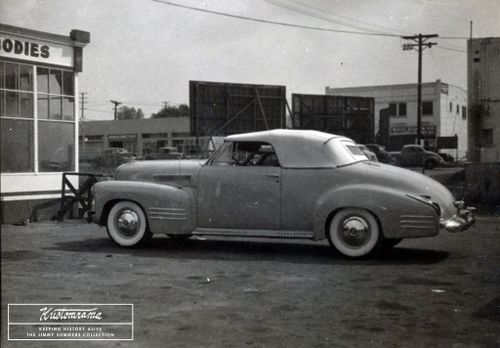 A rather stock-looking Cadillac convertible photographed in front of Summers' shop. Photo courtesy of Karen Smith. 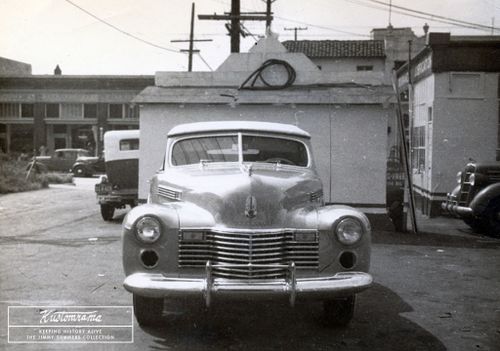 A front end shot of the Cadillac. Photo courtesy of Karen Smith. 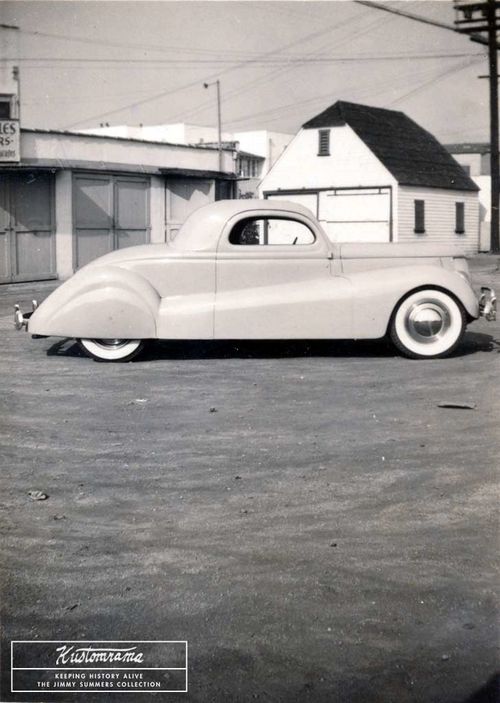 Alex Xydias used to hang out at Jimmy’s shop in the early 1940s. Back then, Jimmy had a guy working for him named Bob Fairman. Bob was called "Barbells," and according to Alex, he built a chopped 1936 Ford that featured full fadeaway fenders, like the Buicks of that era. Bob's Ford was the first custom with fadeaway fenders that Alex had seen. Alex Xydias felt that Jimmy was the top customizer and car builder before the war; "He did some remarkable things in his small shop, including building those solid rear fenders for my 1934 Ford cabriolet." Luckily, The Fairman Coupe has survived, and after going through a restoration, it looks better than ever. Photo courtesy of Karen Smith. 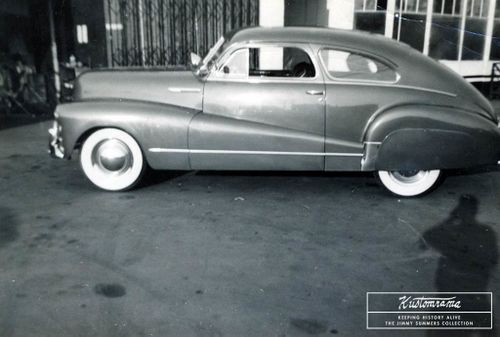 In 1947 Jimmy started offering fadeaway fender kits for 1942-1948 Chevrolets, Pontiacs, and junior Buicks. Spencer Murray bought a set from Jimmy to put on his 1946 Chevrolet fastback, and he remembers that Jimmy had dies made to stamp the parts and a sheet metal shop to do the stamping. In 1948, Jimmy ran ads for his "Summer Fender Extensions" in Hot Rod Magazine. According to the ads he ran, the fender panels served to enhance the body lines and inexpensively repair damaged or rusted doors and bodies. Fender extensions for Chevrolets, 1942 through 1948, were made in two types. "Type A" fit Aero Sedans, and "Type B" fit Convertibles, Coupes, and Tudor Sedans. A complete primered set came with brackets, nuts, bolts, patterns, and instructions for installation. The list price was $69.50. Photo courtesy of Karen Smith. 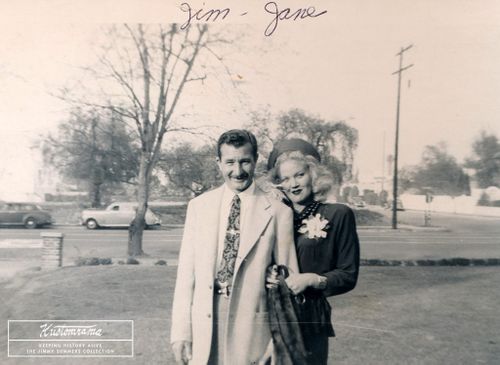 A photo of Jim with his second wife, Jane Moselle Summers Monroe. Jane and Jim had Lee together, and they lived in the Hollywood area when this photo was taken. Photo courtesy of Lee and Kris Summers. 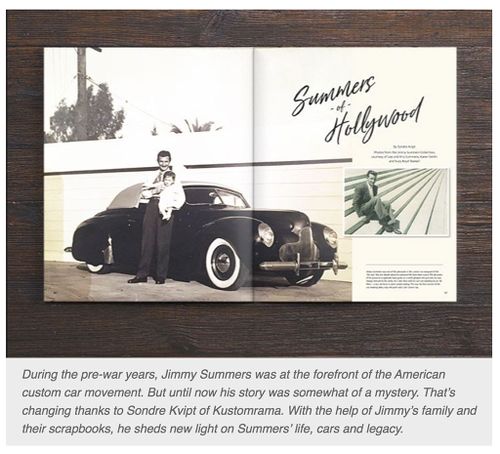 "Summers of Hollywood." Sondre Kvipt of Kustomrama spent three years researching Jimmy Summers for a story. The research brought him from Oslo, Norway to California where he met up with Jimmy's son Lee and his sisters, recording their stories, scanning the family albums and scrapbooks. In 2020 the story was finally published in The Rodder's Journal 83.

Before Barris, there was Summers. Nearly 90 years have passed since Jimmy Summers started practicing custom bodywork. Ed Iskenderian and Alex Xydias remember Summers as the most popular pre-war customizer in Southern California. Dan Post believes he might have been the first one. Summers had been restyling cars for nearly two decades when Robert E. Petersen launched Hot Rod Magazine in January of 1948. Early information about him is rare. Information published after 1948 is also very limited. Jim passed away in 1968, taking most of the stories with him. Luckily for us, he left a couple of photo albums behind. Thanks to the Summers Family, most of these photos have now found their way to Kustomrama.

Please get in touch with us at mail@kustomrama.com if you have additional information or photos to share about The Jimmy Summers Photo Collection.