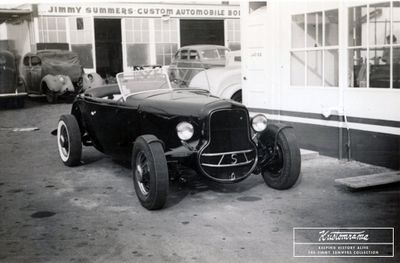 Being a jack of many trades, Jimmy Summers told his step-daughter Karen that he made his money owning gas stations. By the late 1930s, he was running "Jimmy Summers Custom Automobile Body Shop" at 7919 Melrose Avenue in Los Angeles. This photo of Jim's 1932 Ford Roadster was taken in front of his shop. Located right across the street from Fairfax High School, So-Cal Speedshop founder Alex Xydias was one of the local kids that used to hang out at Summers' shop after school. The shop was nothing fancy, Xydias recalls in Mark Christensen and Tony Thacker's book about So-Cal Speed Shop, "just four plastered walls, a bare concrete floor, and a gas jet, which on cold mornings was ignited to shoot a flame that warmed the shop in minutes." Photo from The Jimmy Summers Photo Collection. 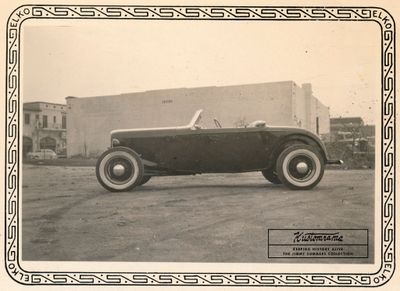 Supposedly built in 1941, the body on Jimmy's lowslung roadster was channeled 3 inches over the frame. Photo from The Jimmy Summers Photo Collection. 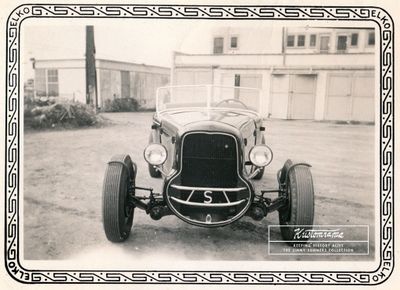 The grille shell on Jimmy's roadster was bulged out at the bottom to hide the frame rails. It was also dressed up with a custom made nerf bar that featured the letter "S" for Summers. Photo from The Jimmy Summers Photo Collection. 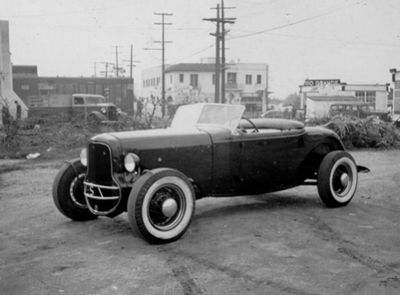 From the Dave Thormin Collection.[1] 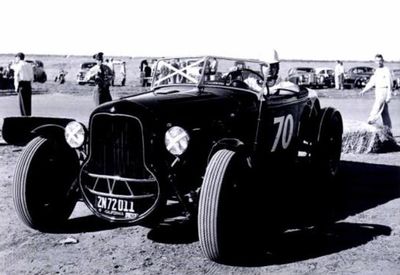 The Roadster after Fred Vogel bought it. Notice that the S has turned in to a V.[2] 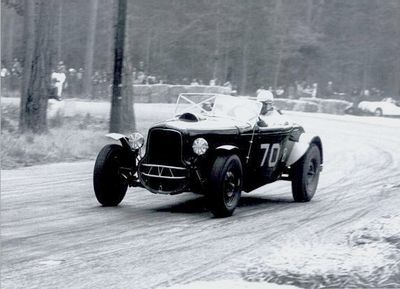 Max with the roadster at Pebble Beach circa 1954. The car has now Chuck Porter-fabbed aluminum panels and fixed fenders.[3] 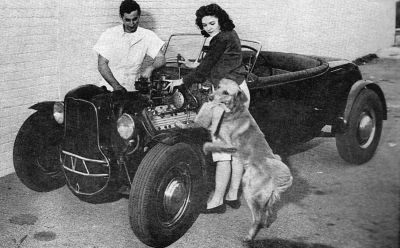 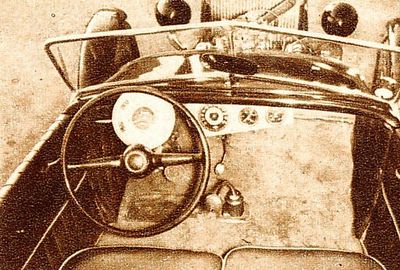 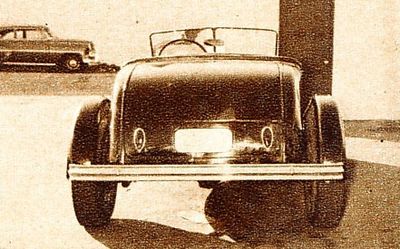 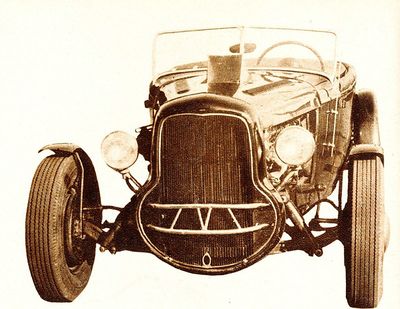 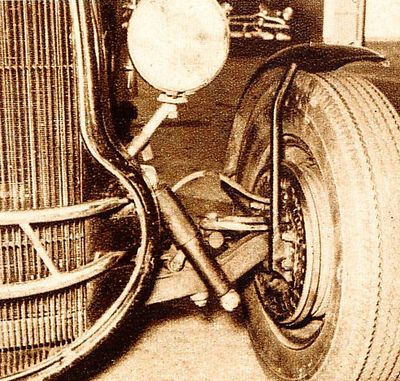 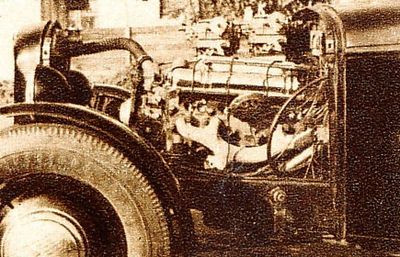 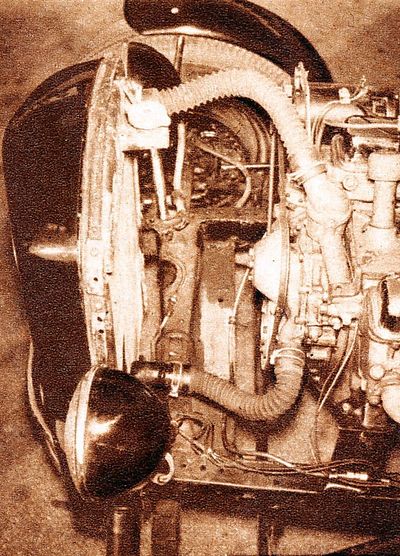 1932 Ford Roadster built by Jimmy Summers of Hollywood, California in 1941. Jimmy channeled the roadster over its frame 3 inches. The grille shell was bulged out at the bottom to hide the frame rails. The majority of the running gear consisted of 1940 Ford parts. The original dash was removed to add more leg room. The large dial in the center was an instrumental group from a Lincoln aluminum panel, combined with Stewart Warner gauges. The windshield was custom built by Jimmy. Jimmy later sold the car to Fred Vogel.[4]

When Fred owned the Roadster Max Balchowsky used to race, prepare, and maintain it.[2] December 14, 1952, when the car raced at the Torrey Pines Road Races. By that time the car was powered a LaSalle Flathead V8 from a 1937 - 1940 model.[4] The engine was built by Yam Oka, who ported and relieved the block, installed hotter camshaft and ignition, and welded tubular steel exhaust headers.[2] According to Dean Batchelor's book Dry Lakes and Drag Strips: The American Hot Rod, Fred and Max were just learning about racing when they started in 1952. The transverse leaf springs were originally retained, but Max later replaced them with similar units from a Ford V8-60, which were lighter. Max also added Dodge steering, and replaced the Ford Hydraulics brakes with Bendix self-servo brakes from a Lincoln Zephyr, and finally 1949 - 1951 Lincoln brakes.[2]

Max Balchowsky later bought the roadster from Fred Vogel. Max dumped a nailhead engine in the car.[4] While Max owned the car, it appeared on the cover of Honk! Magazine.[5]

Please get in touch with us at mail@kustomrama.com if you have additional information or photos to share about Jimmy Summers' 1932 Ford.