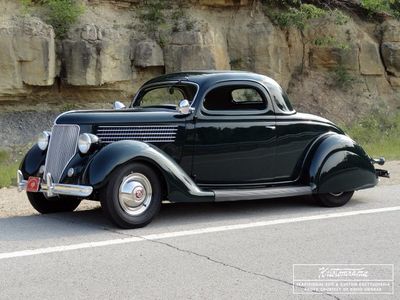 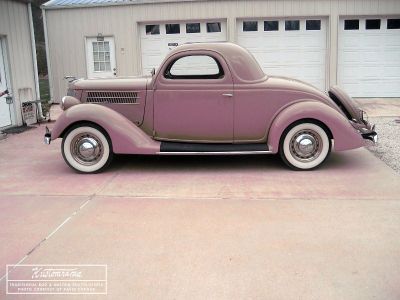 The 36 as it appeared when David bought it in March of 2011. "When I got it home I took it apart to do the bodywork," David told Sondre Kvipt of Kustomrama in 2020. Photo courtesy of David Conrad. 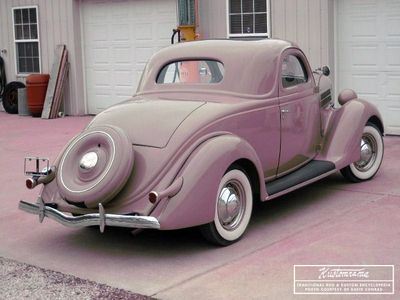 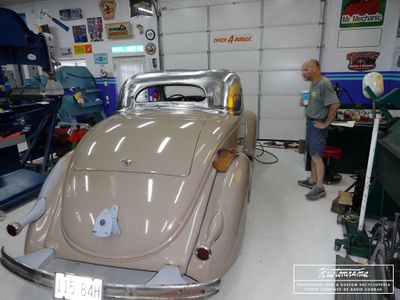 David started working on the car right away, and after making some minor changes, he had Jimmy Hervatin chop the top 2 inches. Photo courtesy of David Conrad. 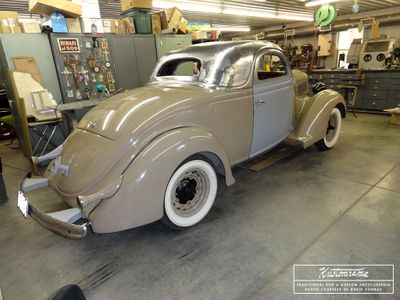 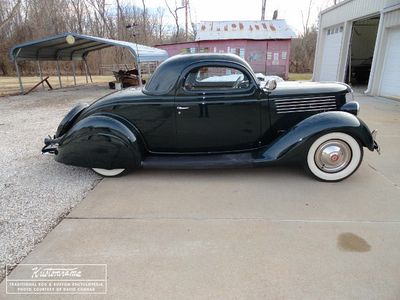 "From the start I know I wanted blackwalls but I tried whitewalls just to see and quickly bought a set of blackwalls. I like the late 40's look," David added. Photo courtesy of David Conrad. 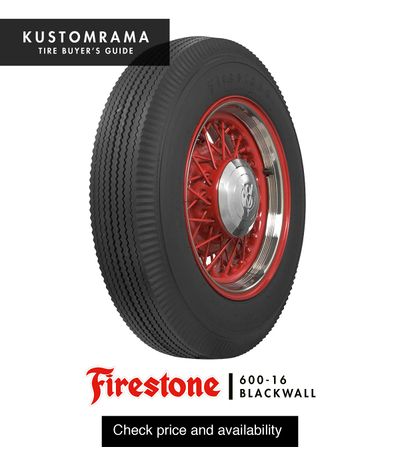 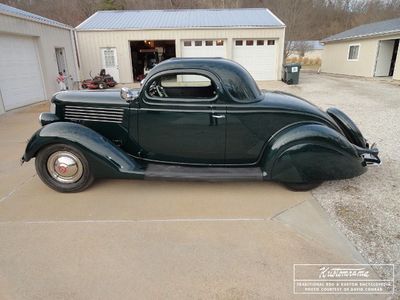 David completed the build in February of 2014. Photo courtesy of David Conrad. 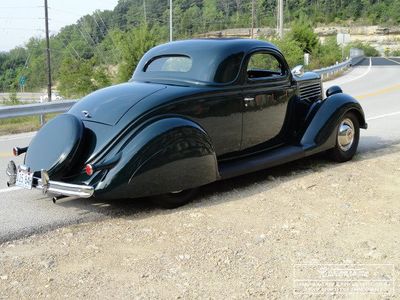 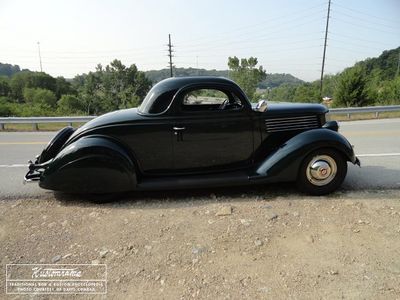 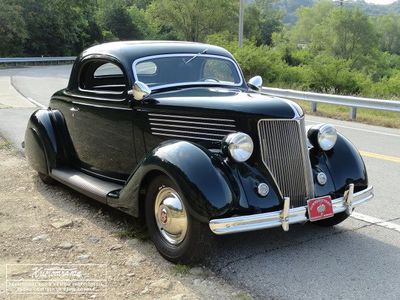 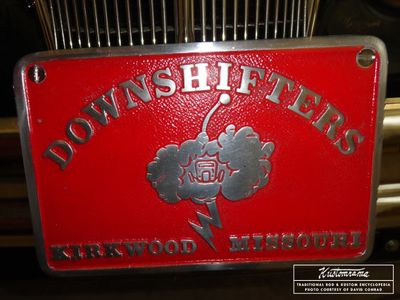 David is running a Downshifters of Kirkwood plaque on the coupe. A club in Kirkwood from the late 1950s. Photo courtesy of David Conrad. 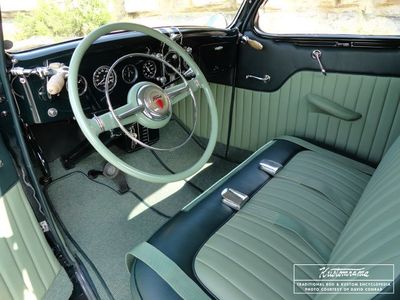 1936 Ford 3-Window coupe owned and restyled by David Conrad of Kirkwood, Missouri. David got the 36 in March of 2011, and he started working on it right away.[1]

Some minor changes were done to the car before David had Jimmy Hervatin chop the top 2 inches. "When I got it home I took it apart to do the bodywork," David told Sondre Kvipt of Kustomrama in 2020. "The only rust was the bottom of the rear fenders which I patched. I filled the left tail light stand, installed a 1946 Ford gas door, and lowered and mounted the spare tire closer to the body."[1]

After completing the chop and bodywork, David dressed it up by adding two more stainless moldings on the hood sides. He also replaced the stock bumpers with 1941 Ford Super Deluxe bumpers. "I was lucky to find set of N.O.S. 16 Lyon hub caps and put them on 1940 Ford wheels." Dual Appleton 112's wrapped up the style of his period-correct early style build.[1]

Under the hood, David installed a 1961 Chevrolet 283 engine that he hooked to a 350 turbo transmission and an early Bronco rear end with Posie mounts and springs. "It rides and drives very good," David confirms, adding that he has had it to the Custom Car Revival four times. "From the start I know I wanted blackwalls but I tried white walls just to see and quickly bought a set of blackwalls. I like the late 40's look," David added. Rolling on a set of Firestone 600-16 Blackwall Tires, the build was completed in February of 2014.[1]

Please get in touch with us at mail@kustomrama.com if you have additional information or photos to share about David Conrad's 1936 Ford.