From Kustomrama
(Redirected from 1957 Norwalk Motorcade)
Jump to: navigation, search 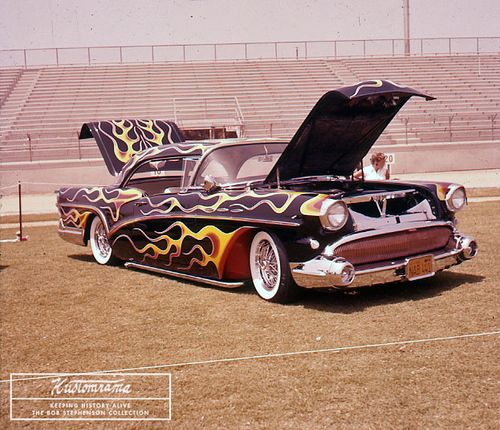 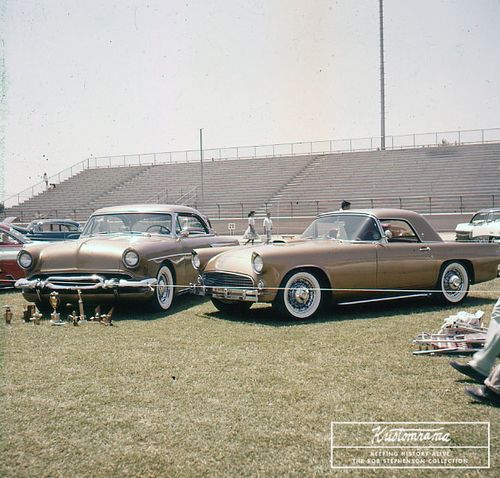 Ina Mae Overman brought two cars to the 1957 Norwalk Motorcade, her 1952 Lincoln and her 1955 Ford Thunderbird. Both cars were restyled by Valley Custom Shop. Photo from The Bob Stephenson Photo Collection. 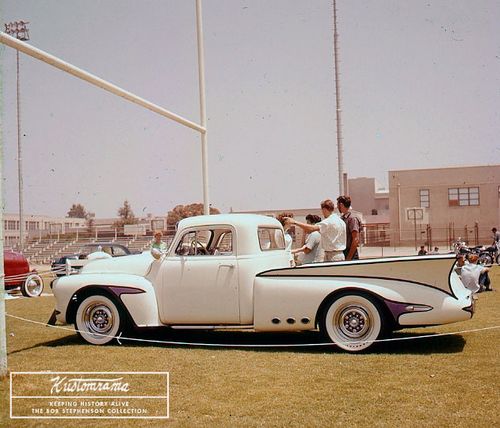 The Rod & Custom Magazine’s Dream Truck. This is the third iteration of the truck, as it appeared after Bob Metz had fitted it with new rear fenders and fins. Photo from The Bob Stephenson Photo Collection. 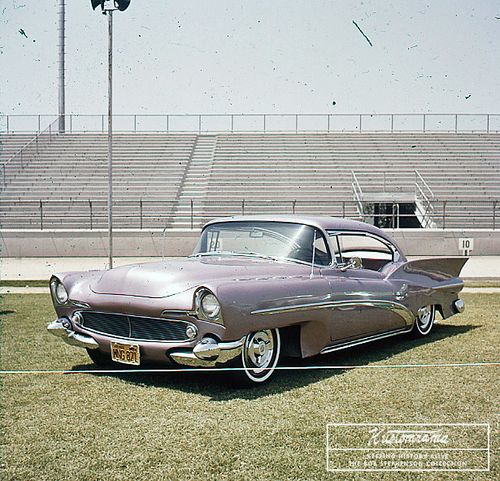 Joe Edd Ray's 1950 Buick Sedanette of Shelbyville, Indiana. Known as the "XM105," Ray's futuristic Buick was restyled by Bob Metz. Ray was an upholsterer that did all of the interiors for Metz. Photo from The Bob Stephenson Photo Collection. 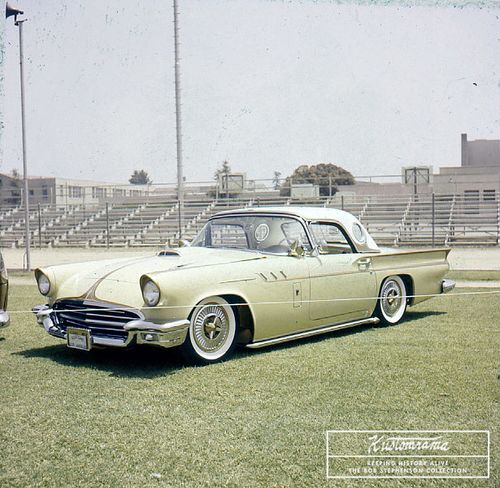 An early iteration of Dick Jackson's 1957 Ford Thunderbird of Lynwood, California. Jackson restyled the Thunderbird while he worked as a painter at Barris Kustoms. Photo from The Bob Stephenson Photo Collection.

The 1957 Norwalk Motorcade was an outdoor car show sponsored by the Norwalk Coachmen Car Club. Because of the connection to the Norwalk club, the show is also known as "The Coachman Show."[1]

The 4th annual Norwalk Motorcade was held at the Excelsior High School in Norwalk, California. Coachmen President Keith Christesen was the Director of the show, and in 2016 he told Sondre Kvipt of Kustomrama that the show was held on the grounds of the high school that the members of the club attended. "The show expanded to encompass all of the grounds on all sides and brought a huge crowd, as we drew in entries for many communities in the outlying areas. This was the babyhood of car shows. No one had 'yet started doing this as the customizing era had just started and we were groundfloor. In its peak, we had displays from all of the local car dealers, the Army National Guard, the Motorcycle shops and many others, about 4 acres of show grounds." Keith was able to get club member Bob Stephenson, who was a photographer, to film much of the shows. "We even got him a ride in an airplane to fly over and film for the air," he told Kustomrama.[1]

A movie by Bob Stephenson from the 4th annual Norwalk Motorcade. Stephenson was a member of the Norwalk Coachmen, and Keith Christensen, who was the Director of the show, was even able to get Bob a ride in an airplane to fly over and film for the air.

Please get in touch with us at mail@kustomrama.com if you have additional information or photos to share about Norwalk Motorcade 1957.