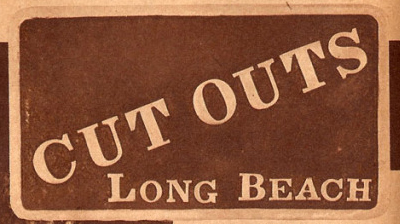 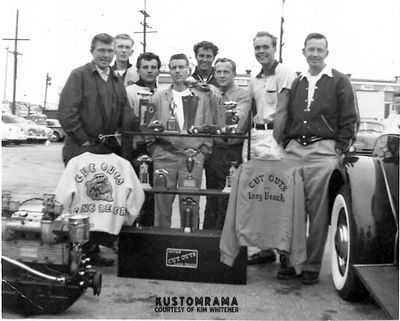 A Cut-Outs group photo from Don Whitener's photo album. Don is the second guy from the right side. Photo courtesy of Kim Whitener. 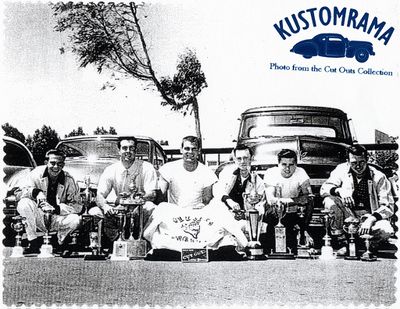 A Crash Helmet Magazine group shot of some Cut Outs members taken in 1957. The members in the photo are, from left to right Ron Dulin and Dick Gonzales. The two gentlemen in the center are un-identified, while Glenn and Gary Thorton sits on the right side. The guys are posing in front of Ron Dulin's 1956 Plymouth Fury, the "Strawberries and Cream" version of Dick Gonzales' 1955 Studebaker Speedster and Gary Thorton's Pickup truck. Photo from The Cut Outs of Long Beach Photo Collection. 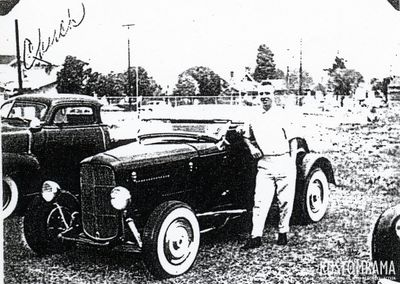 A photo of Chuck Bell with his 1932 Ford roadster. Photo from the Cut Outs of Long Beach Photo Collection. 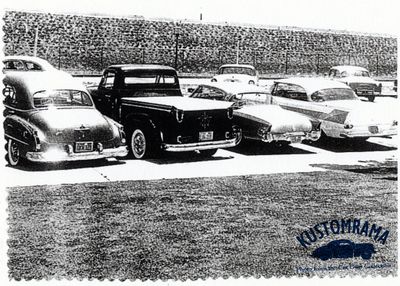 A photo showing a lineup of Cut Outs club cars taken in 1957. From left to right we can see an Oldsmobile, Gary Thorton's Pickup truck, the "Strawberries and Cream" version of Dick Gonzales' 1955 Studebaker Speedster and Ron Dulin's 1956 Plymouth Fury. Photo from The Cut Outs of Long Beach Photo Collection. 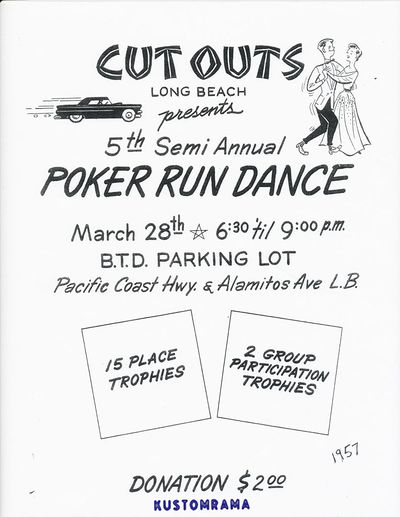 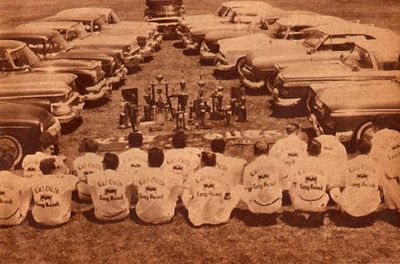 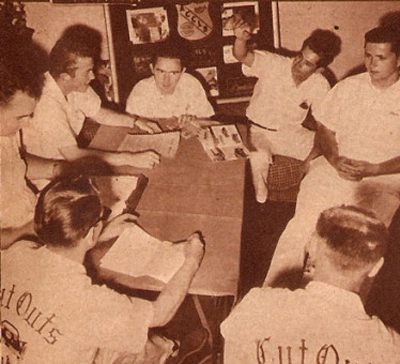 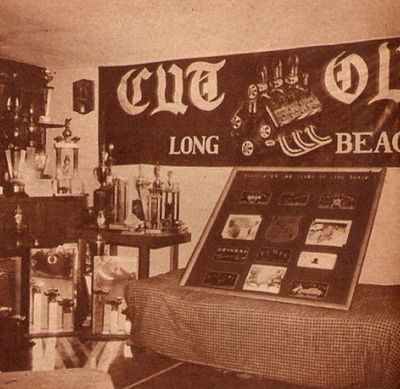 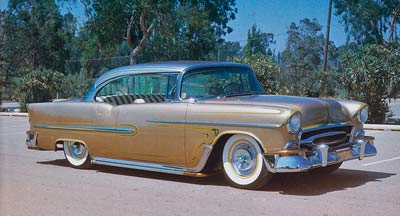 Jerry Feigner's 1955 Chevrolet Bel-Air, of Wilmington, California. Jerry was a member of the Cut-Outs of Long Beach car club, and his Chevrolet was known as "Lil Honey Bee." In 1958 Mike Clines gave the car a scallop and pintripe paint job in his father's garage in Long Beach. Mike also added the chrome tape to the top of the car. 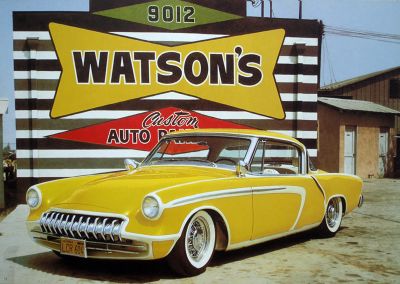 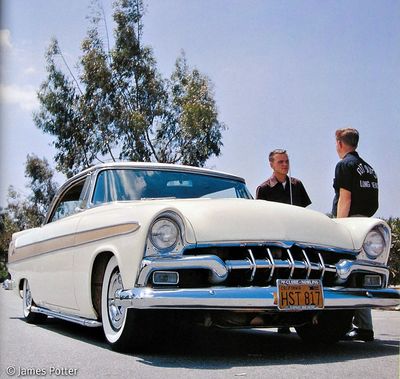 The Cut Outs was a car club out of Long Beach, California. The club was organized April 16, 1941, and it was one of the oldest car clubs in the Long Beach area. The Cut Outs were well organized and had a constitution, by-laws, and oath of membership. In order to become a member of the club you had to own a car that was up to car show standards. This meant that it had to have enough modifications and be up to such condition that it was acceptable at an exhibit by the sponsors of a car show. The car also had to be acceptable to the club membership in order to be worthy of representing the Cut Outs and carry the club plaque. Other qualifications included the passing of safety check, being over 16 years of age, holding a valid California driver's license, and having adequate insurance on the car. Also important was attendance at the weekly meetings held every Sunday evening in their own club house, payments of due ($1.00 per week), and purchase of the club jacket. As a member you had to abide certain rules or expulsion from the club could result. For instance, any member caught dragging on public streets or highways could be suspended. Drinking at car shows or at club meetings was also prohibited by an article it the Cut Outs' by-laws. On top of these restrictions to membership, the club reserved the right to fine any member for speeding, racing, or dragging. Ticket could not exceed $1.00 per mile-per-hour violation, and any person getting such a ticket would automatically have his jacket and plaque suspended for a period of 21 days. Up until 1958 The Cut Outs was a member of the Associated Car Clubs of Long Beach. In Rod & Custom November 1958 the club is presented, at that time the club counted 24 active members, with an average age of 20.[1]

The cut outs held an annual five-day party at Big Bear, a resort in the mountains of Los Angeles. Every few months they also had a big dinner banquet where they awarded members who had been in the club for over four years with a service pin. The clubs do-good activities included such things as participating in the annual Long Beach Safety Check, and helping organizations as the City of Hope, the Retarded Children's Foundation, and others by offering their services and cars to aid money collections.[1]

In 1959 the Cut-Outs held their first annual Custom Car Spectacle at the Long Beach Veterans Memorial Stadium. The show was held May 30-31, and it was the first show Ron Aguirre attended that he demonstrated the hydraulica on his show car the X-Sonic.

Please get in touch with us at mail@kustomrama.com if you have additional information or photos to share about Cut Outs of Long Beach.