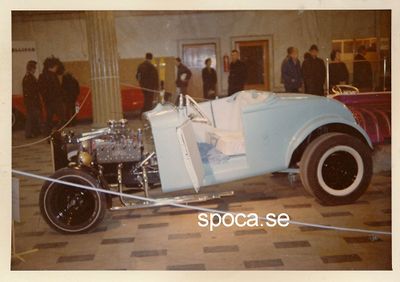 The turquoise version of the Early Bird at the 1965 Hot Rod Show in Stockholm. Photo courtesy of Sven and Maude Sandberg, from Spoca.se. 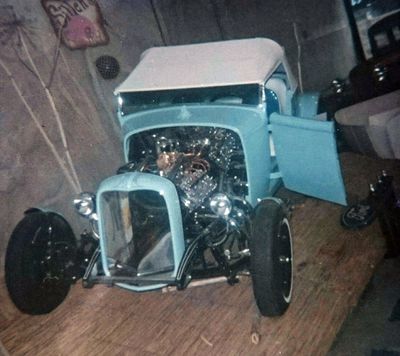 The first version of the Early Bird at an indoor car show. Photo courtesy of Per Andersson, from the the Facebook group Gamla custom bilar i Sverige. 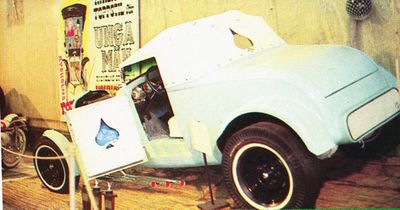 This photo of the Early Bird was published in Colorod Nr 1 1980. Photo courtesy of Colorod Magazine. 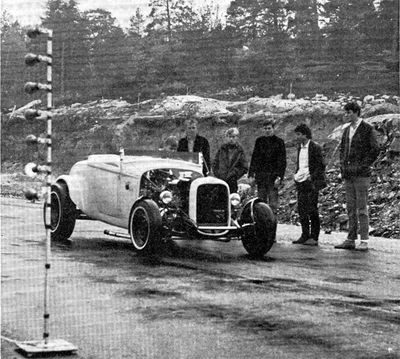 Sillan racing the roadster at the first organized drag race of Sweden. This drag race took place October 1-2, 1966 just outside of Stockholm. 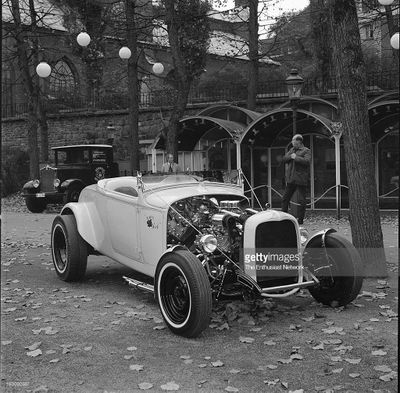 A photo of the Early Bird taken October 20, 1966 in Stockholm. The photo was taken by Bob D'Olivio of Petersen Publishing while touring the Volvo manufacturing plant. Photo by Bob D'Olivio, courtesy of Getty Images. 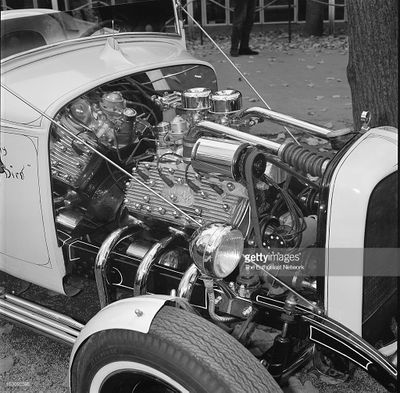 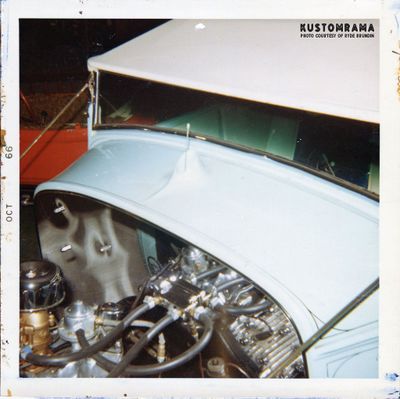 A close up photo of the Early Bird taken in October of 1966 at the Hot Rod Festival in Masthugget. Photo by Ryde Brundin, courtesy of Maths Pålsson. 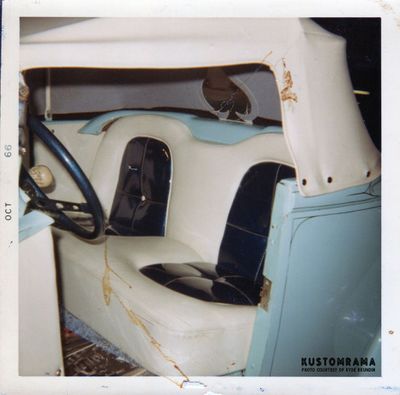 Another photo from the Hot Rod Festival in Masthugget in 1966. Photo by Ryde Brundin, courtesy of Maths Pålsson.

A photo of the Early Bird from a story in Teknikens Värld. 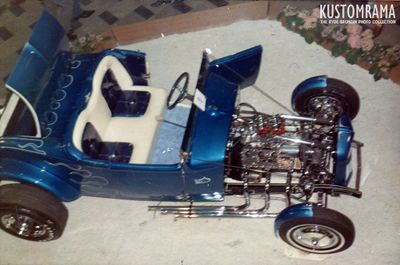 A photo of the Early Bird taken at the April 1967 Hot Rod Show in Stockholm. Photo by Ryde Brundin, courtesy of Maths Pålsson. 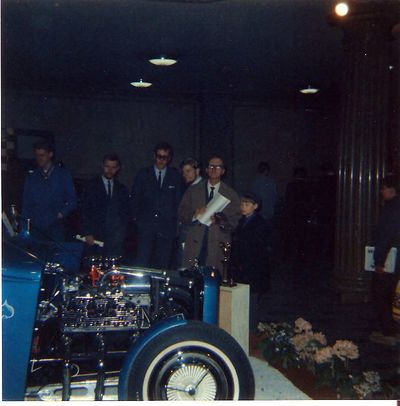 The blue version of Sillan's Early Bird at the Hot Rod Show in Stockholm. Photo courtesy of Anders Norman. 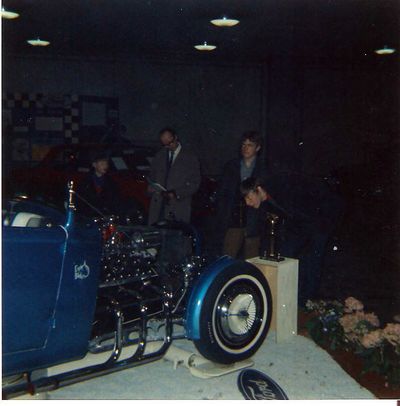 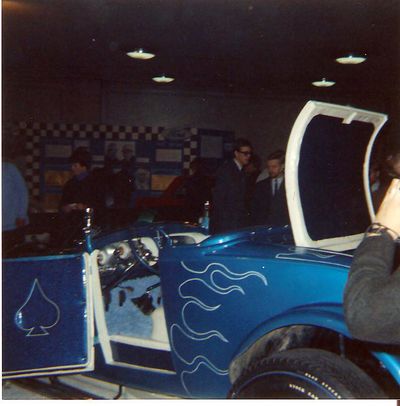 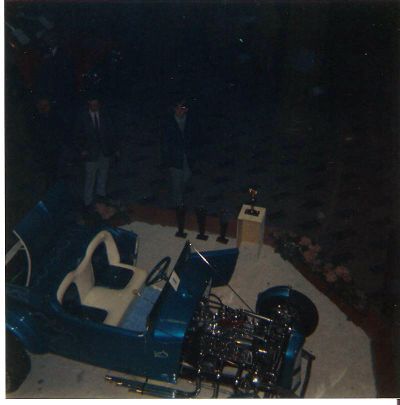 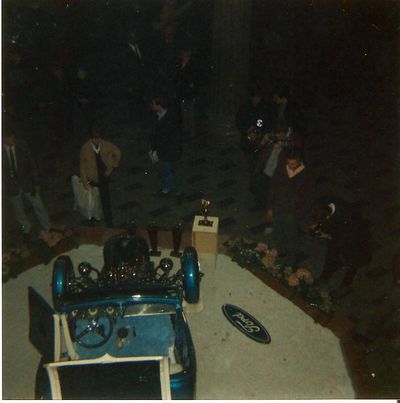 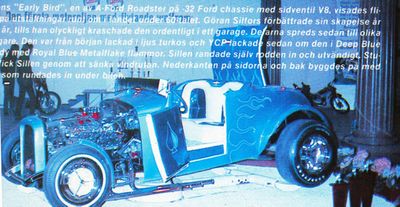 This photo of the blue version of the Early Bird was published in Colorod Nr 1 1980. Photo courtesy of Colorod Magazine. 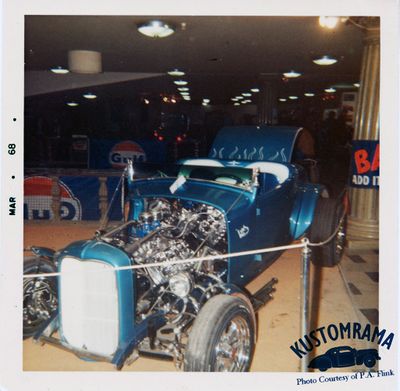 A photo of the Early Bird taken at the 1968 Hot Rod Show in Stockholm. Photo from The P.A. Flink Photo Collection. 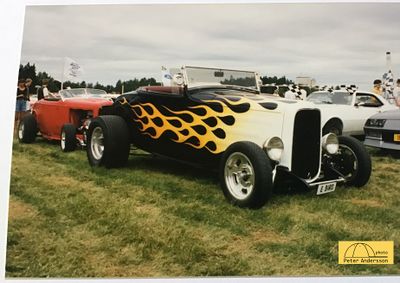 From 2020. Photo by Peter Andersson

1931 Model A Roadster owned and built by Göran "Sillen" Silfors of Sweden. Göran's roadster was built on a 1932 Ford chassis, and it went under the name "Early Bird". The first version of the Early Bird was painted light turquoise.[1] This version featured a 1959 Ford Thunderbird dashboard and a Covico steering wheel. The engine was a flathead V-8 from a 1947 Ford that featured Allard heads, magnet-ignition, and dual carburetors. The transmission and rear end was also 1947 Ford.[2]

October 1-2, 1966 Sillen entered the roadster in the first-ever organized drag race of Sweden. Due to rain and a wet track, Sillen's roadster did the quarter-mile in 18,4 seconds. Later the same month, October 26-30, the car was shown at the Hot Rod Festival Masthugget in Gothenburg.

The Early Bird was shown on several shows all over Sweden. It went through several changes, and by April of 1967, it had received a Deep Blue Candy paint job with Royal Blue Metalflake flames by Yankee Custom Parts. "Sillen" pinstriped the car himself after it had been painted. The car ended its days in a garage wall in Skärholmen. The remaining parts were sold and spread all over Sweden.[1]


According to a Facebook thread, many years later, Ingarö-Kjelle (former member of Sofia Hogs) got the car and sold it to his relative Erik Denander who gathered most of the parts and builded it again on a -32 frame but not channeled. He painted it orange.


The car was sold to Roffe Witt and Susanna Warfvinge. They let Ingemar Becker re-paint the car in black with scallops and Bosse 'Sybo' Warfvinge do the upholstery work.
After a divorce in 1999, the car was sold to Olle Davidsson in Borlänge. Master painter Ray Hill now painted flames all over the car.


Olle kept it until August 2003 when Robert Budai in Sandviken bought it and he still owns the car.

Please get in touch with us at mail@kustomrama.com if you have additional information or photos to share about Göran Silfors' 1932 Ford.