From Kustomrama
(Redirected from Purple Passion)
Jump to: navigation, search 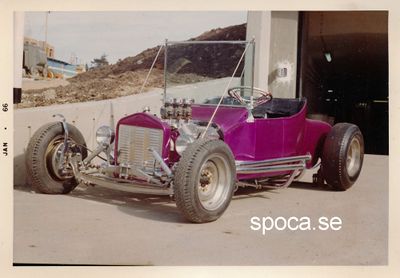 A photo of Purple Passion from 1965. Photo courtesy of Sven and Maude Sandberg, from Spoca.se. 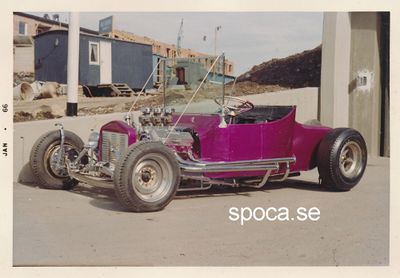 Another photo of Purple Passion from 1965. This is the same photo that was used in the souvenir program for the 1965 Hot Rod Show. Photo courtesy of Sven and Maude Sandberg, from Spoca.se. 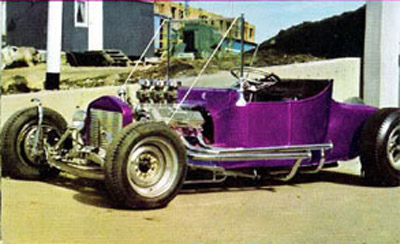 The car as it appeared in the souvenir program for the 1965 Hot Rod Show. 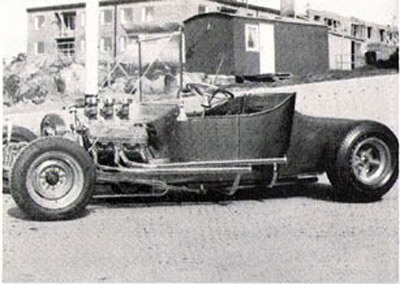 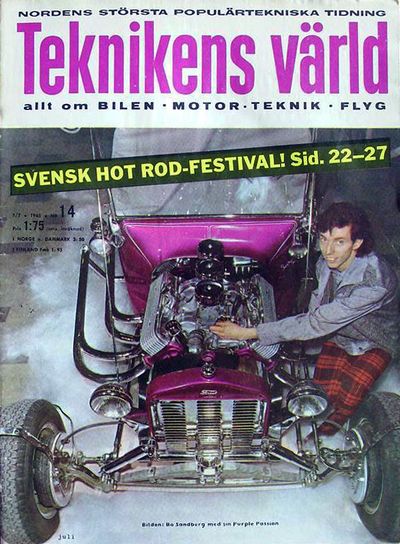 Purple Passion on the cover of Teknikens Värld nr.7 1965. 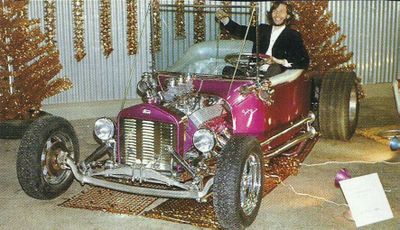 A photo of Gamen in his "Purple Passion" 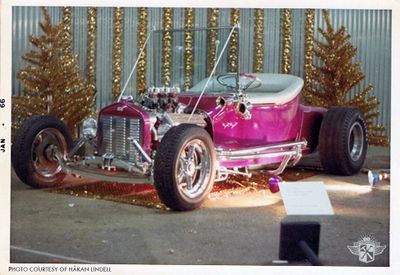 Purple Passion at the first ever Hot Rod Show held in Marmorhallarna in Stockholm in 1965. Photo from The Håkan Lindell Collection. 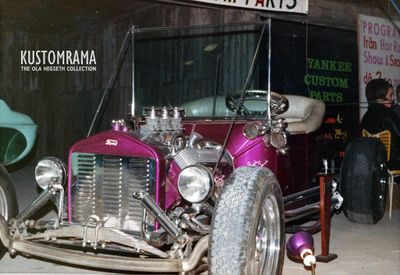 A photo of Purple Passion taken at the Masthugget Hot Rod Festival in October of 1966. Photo from The Ola Hegseth Photo Collection. 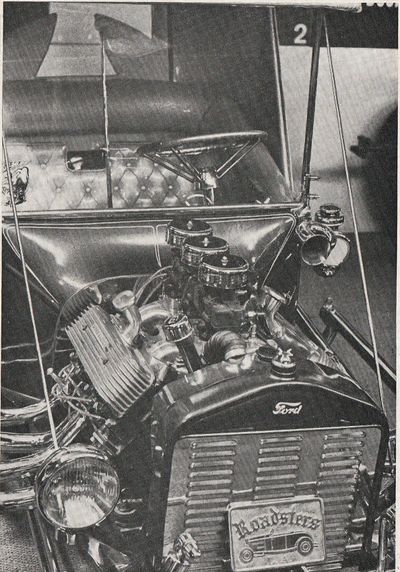 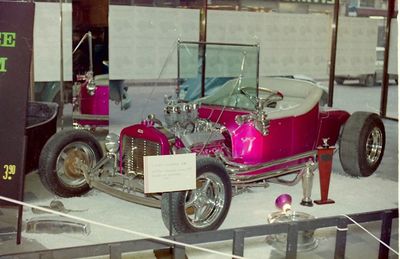 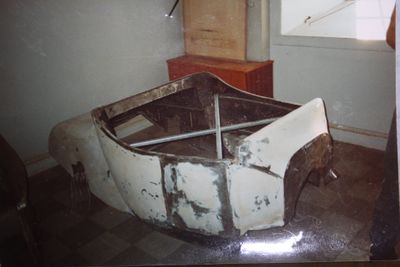 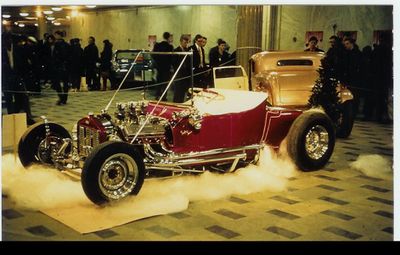 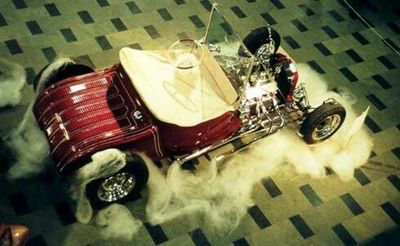 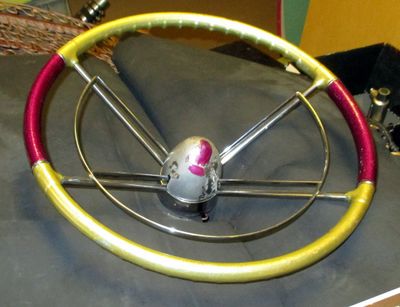 The steering wheel. The horn button is a lamp from a bicycle!

1923 Ford Model T Roadster owned and restyled by Bo Sandberg of Stockholm, Sweden. The car is known as "Purple Passion", and consisted of a 1923 Ford model t roadster body mounted on a 1932 Ford frame. The car was painted Burgundy Candy over Silver Metalflake by Yankee Custom Parts. The upholstery was done in Silver Metalflake as well. Bo's roadster was powered by a 1957 Oldsmobile Rocket 88 engine that was fit with an Offenhauser 3 carb intake with Stromberg 97 carbs. A Schiefer aluminum flywheel was also used on the car. It ran Rader wheels. The rear wheels were 10 inches wide. In 1965 Bo's Roadster was shown at the first annual Hot Rod Show in Stockholm.[1]


Much of the work on the car was done by Arne Lindstrand who was a collegue to Bo at his work at Ernst Nilsson. [2]


Purple Passion appeared in a story in Teknikens Värld around 1966, where they claimed the body consisted of 1919 and 1927 Ford Model T body parts.

The car entered the "Racing Car Show" in London, England 1967. It had been face-lifted with a rebuilt front-end and a white top with a malteser cross cut out of the fabric as a rear window.
In the picture you can see the plate indicating that Bo was a member of L.A. Roadsters club.


According to a comment by Hans Kihlén on Facebook, Tryggve Nilsson from Gothenburg bought the car from Bo's garage in Örby in 1984. The car was later disassembled and parts spread around to different owners.
A photo by Olle Thorslund from 1989 shows the body in a bad shape in Tryggve's garage. According to Lars Brandow, the car was about to be rebuilt by someone in Gävle in 2019.
Many parts should (by another source) exist i Falun.
The steering wheel is confirmed, it hangs in the roof in Gurra Jonsson's basement!


Other rumours says that Peder Claesson has bought much of what is left of Purple Passion.

Anyway - Let´s hope it will be rebuilt!

Please get in touch with us at mail@kustomrama.com if you have additional information or photos to share about Bo Sandberg's 1923 Ford.