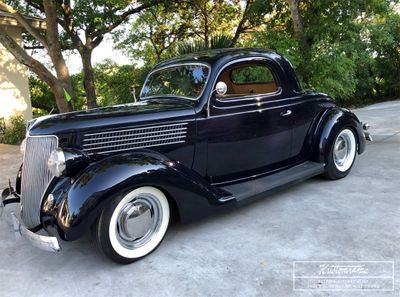 The '36 as it appeared after Lee Pratt had turned it into a 1950s inspired hot rod. Photo courtesy of Mike Young. 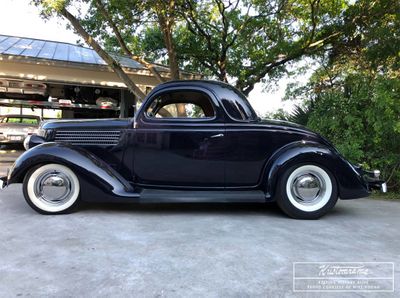 The 16" chrome wheels with dome hub caps and wide whitewall tires. Not shown is the spare wheel cover that can mount on the back of the car. The car features a dropped front axle with front-end shocks and transverse leaf springs in the rear. The braking is handled by power-assisted front disc brakes and rear drums. Photo courtesy of Mike Young. 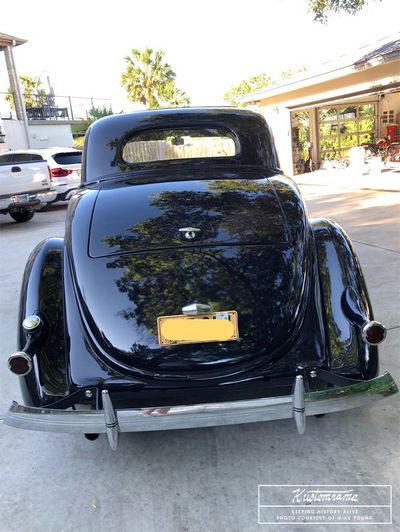 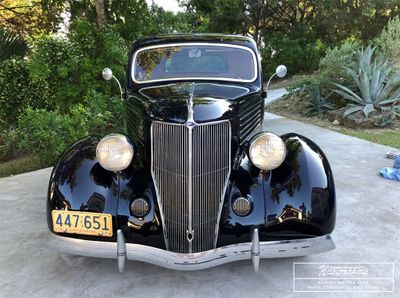 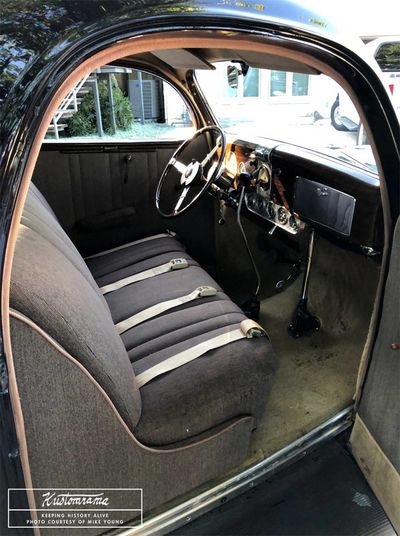 The cabin features a bench seat trimmed in brown mohair with a matching headliner and door panels. Features include an AM "ash tray" radio, rearview mirror, Vintage Air A/C, and a chromed glove box door. Photo courtesy of Mike Young. 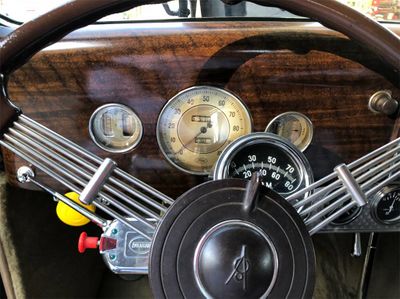 An original woodgrain finish is painted on the metal dash and the tops of the door panels. The dash houses original art deco-style Ford gauges trimmed in chrome. The car retains a factory 100-mph speedometer, which is bordered by gauges monitoring oil pressure, fuel level, coolant temperature, and charge status. Mounted beneath the original circular radio dial in the center of the dash are five Stewart-Warner gauges including a Stewart-Warner tachometer mounted on the steering column. An aftermarket turn indicator switch is also mounted just behind the banjo-style steering wheel. The original heater assembly is included in the sale. Photo courtesy of Mike Young. 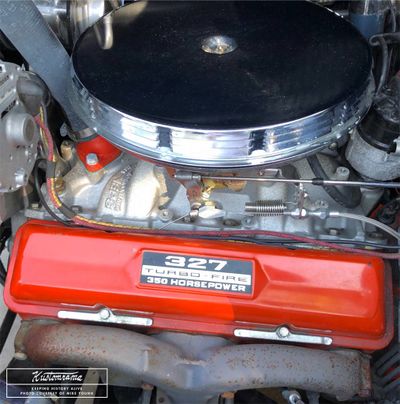 A Jim Cook rebuilt 1967 Chevy 327 Turbo Fire with small cam is buttoned up under the side-hinged hood. A single 4-barrel carburetor tops this mill, and a 4- speed GM PT700R4SS High Performance automatic transmission make up the drivetrain. Photo courtesy of Mike Young.

Early in 2022 Mike decided to sell some of the cars in his collection in order to get down to a few he could drive regularly. He is asking US $89,000.00 for the coupe. Please get in touch with Mike at myoungx@me.com for more info, photos, and details.

Please get in touch with us at mail@kustomrama.com if you have additional information or photos to share about Mike Young's 1936 Ford 3-Window Coupe.