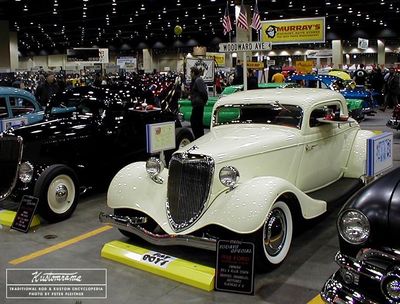 A photo of Bill's coupe taken at the 2002 Detroit Autorama. Photo by Peter Pleitner. 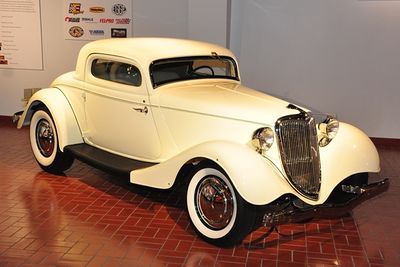 Bill's coupe as it appeared in 2013 during the American Legends: Hot Rods and Customs exhibition at the Gilmore Car Musuem in Hickory Corners, Michigan. the Photo courtesy of Mac's Motor City Garage. 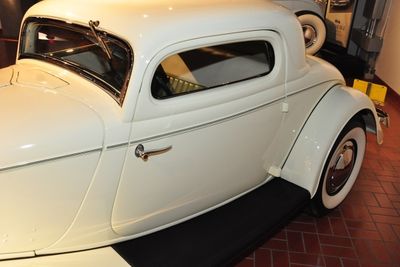 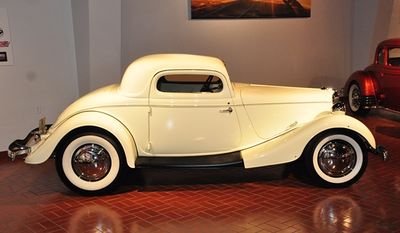 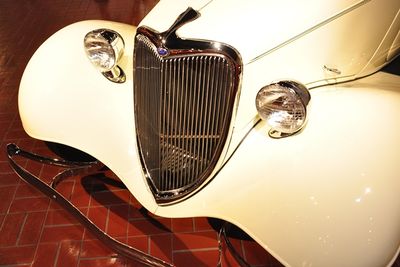 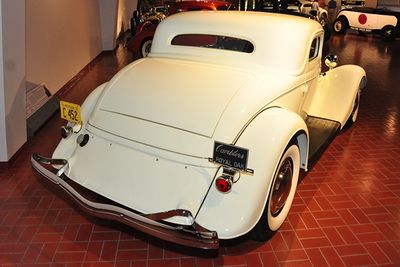 1934 Ford 3-window coupe owned and built by Bean Bandits member Joaquin Arnett of San Diego, California. Joaquin built the coupe around 1950-1951. He chopped the top, but kept the body fully fendered and un-channeled. For a lower appearance, he sectioned the body under the beltline. After the body was sectioned, Joaquin maintained the proportions by shortening the body 11 inches. Shorter four-door sedan front doors were swapped into the cab, and the rear quarters were shortened. Once completed, the coupe was painted black. Arnett built the coupe to sell it and earn a quick buck.[1] He displayed it at the 1951 Motorama, that was held November 7 thru 11, 1951 at the Pan Pacific Auditorium in Los Angeles. Andy Granatelli saw the car at the show, and bought it right off the floor for 3000 USD.

After buying the coupe, Andy installed a full-race Grancor Ford V8 and an Allard swing-axle front suspension. Green and white Naugahyde replaced Arnett's Tijuana tuck and roll job. The body was repainted a unique cream color with just a touch of mint green pigment added. This version of the car was shown in Granatelli's fanciful 1968 memoir, They Call me Mr. 500.[1]

By late 1953 the coupe had ended up on a used car lot in the North Chicago suburbs. Teenager Bill Couch spotted the car at the lot, and he had to pitch the purchase to his strict father, who suprisingly consented. Bill drove the coupe back to Detroit, where he used it to race and cruise the Woodward. After the 1955 and 1956 Power Pack Chevys came out, Bill decided to park the old flathead. As he couldn't bear to cut up his unique coupe to install an overhead valve V8, he parked the coupe in the barn, where it spent the next 40 years.[1]

In 1996 Bill decided to take the old coupe out of the barn and restore it. It took three tries to get the unique color right during the restoration. The restored version of the coupe received the Preservation Award at the Detroit Autorama. After that it was sent to Meadow Brock to join other important hot rods on the lawn. In 2013 the car was shown at an special exhibition called American Legends: Hot Rods and Customs at the Gilmore Car Musuem in Hickory Corners, Michigan.[1]

Please get in touch with us at mail@kustomrama.com if you have additional information or photos to share about Joaquin Arnett's 1934 Ford.