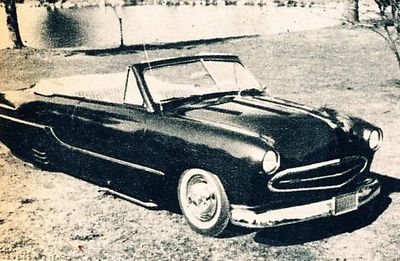 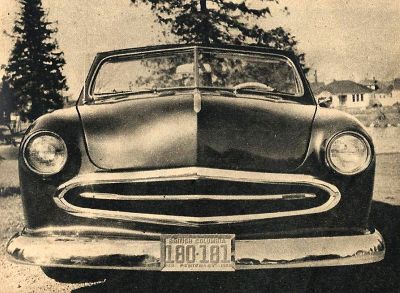 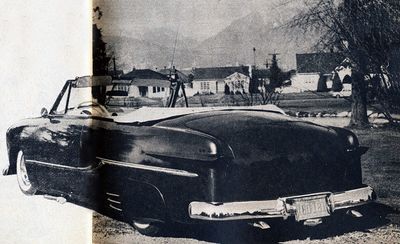 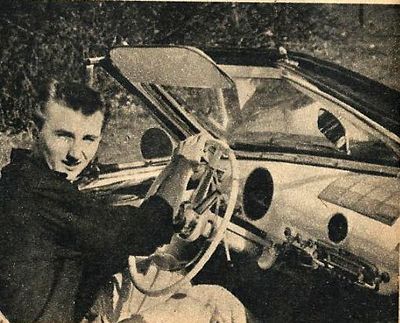 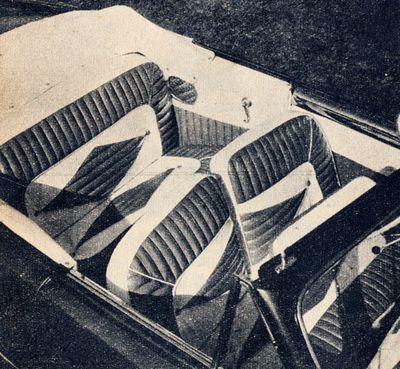 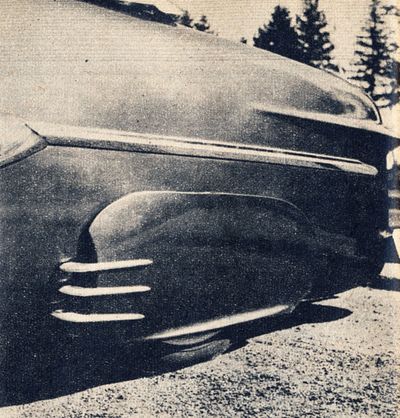 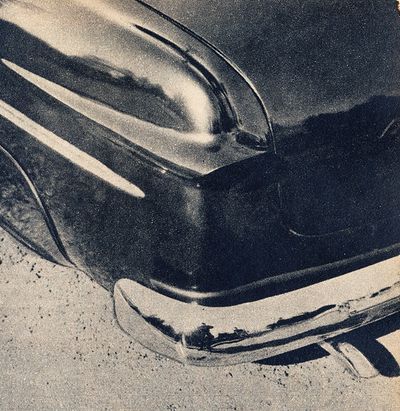 1950 Ford Convertible restyled by Doug's Auto Metal of Vancouver for West Point Kustoms member Don Bliss of Vancouver, British Columbia, Canada. The body on Don's Ford was nosed, decked and shaved for handles, giving it a cleaner appearance. The smoothed hood had its corners rounded, it was also peaked, louvered, and bull-nosed. The headlights were frenched using 1953 Mercury headlight rims. A new grille shell was made by welding two 1951 Ford grille lips together, the reworked opening was fit with a 1951 Kaiser bar. The stock taillights were frenched and hooded with sheet metal extensions. The trunk lid corners were rounded, and dual exhaust pipes carried the exhaust out underneath the bumper. The car was lowered by installing blocks in the front and rear, the front spindles were also reversed. The style was wrapped up by installing reformed fender skirts that were scooped and fit with 1953 Mercury grille teeth, custom side-trim, Oldsmobile Fiesta hubcaps, and lake pipes. The interior was upholstered in orange and white diamond-shaped pattern. The rugs were orange. Don did the entire upholstery job himself. Before the body was painted in a Titian Red lacquer, many body seams were filled for a smoother look. Doug's Auto Metal did all the body and paintwork on Bliss' convertible. All of the styling ideas came from Bliss.[1]

Please get in touch with us at mail@kustomrama.com if you have additional information or photos to share about Don Bliss' 1950 Ford.