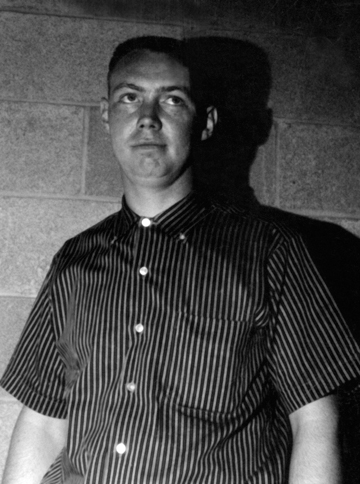 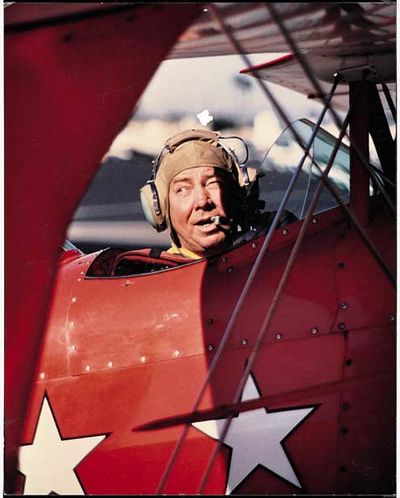 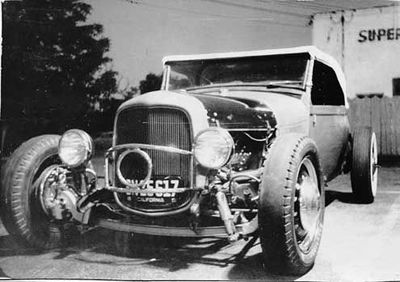 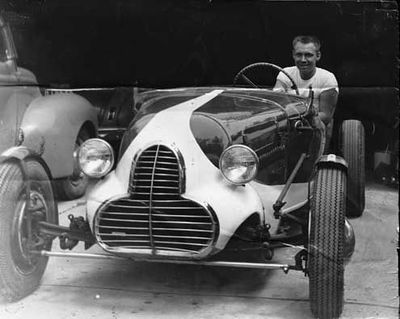 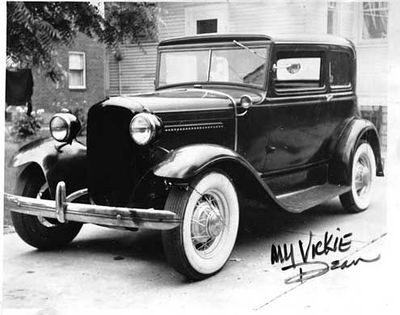 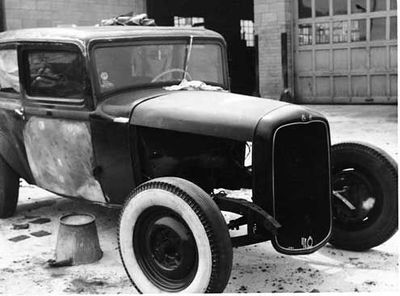 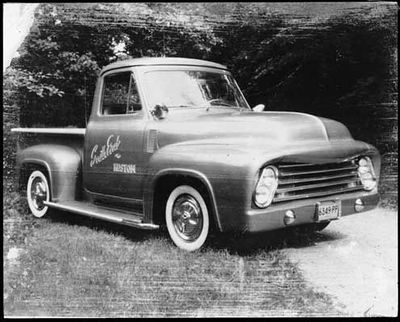 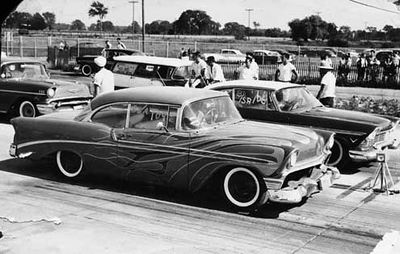 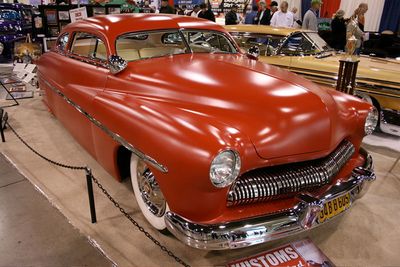 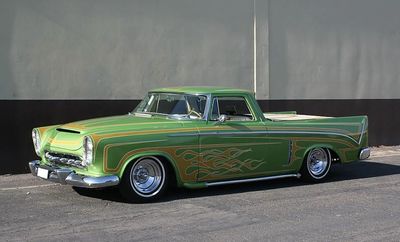 Dick's dad, Vick Sawitskas owned a Nash dealership in Wyandotte. According to Dick, Vick's body men could remove and replace anything that unbolted, but was not capable of doing extensive body work. An outside fellow who owned a tin building with a dirt floor did all the serious repair that called for replacing quarter-panels and lead work. The fellow was Bill Hines, and Bill let Dick hang around and watch him work. Bill taught Dick how to work lead and do other neat custom tricks.[2]

16 years old, Dick bought a 1941 Hupmobile for $25. It was his first car, and his dad let him have a stall in the shop to work on it. Dick worked on the old Hupmobile for two years in order to get it right.[2] When the bodywork was done, Bill Hines painted the car Vermillion.[1]

After graduating from Theodore Roosvelt High School in 1951 Dick enrolled at the Ford Trade School with a dream of becoming a model maker for Ford Motor Company. Dick's efforts were short-lived, as Ford decided to close the program. Ford was phasing out its apprenticeship program. Dean's grades were so exemplary that the school honored him and two other outstanding students with a small wall of fame. Instead of being frustrated about his education, Dick mastered pinstriping and began earning extra cash. He also started chopping tops, which very few people were doing in the area at the time. The first car Dick chopped was Teddy Zgrzemski's 1932 Ford Coupe. Armed with a hacksaw, Dick used an issue of Hot Rod Magazine as a guide. The car is still around, and is currently owned by Louie Wolf. Dick also learned to cut flat glass, and chopped a few 1940 Fords.[2]

Dick was a licensed pilot as he had reached the level of Air Scout in the Boy Scouts of America organization. Having a pilot's license, Dick decided to join the Air Force in 1952.[1] Dick was sent to Korea where flew war equipment. Out of the service, Dick took his G.I. Bill and moved to Pasadena, California so he could enroll at the Pasadena Art Center of Design. His teacher at the art center was Strother MacMinn.[2]

In 1954 Dick married his wife Jeanne. At the time he was working at a steel mill in Michigan as a recorder. When a good friend who worked at the same mill was killed in a work accident, Dick quit the job and opened up his first shop South End Kustom in Wyandotte. At South End Kustom Dick started building cars for customers. Some of the car he built were entered at the Detroit Autorama. For the 1959 show, Dick entered an orange and white 1957 Ford hardtop called Orange Peel that he had restyled. At the show he met George Barris and Dean Jeffires who were at the show with the Aztec. George noticed the work Dick Dean had done, and told him to look him up if he ever needed a job. Dick took George up on the offer, and moved to California two months later in April of 1959.[1] George was true to his word, and gave Dick a job at $175 a week. While working at Barris Kustoms, Dick worked on such cars as the Ala Kart, the Golden Sahara, the XPAK 400, the Twister T and the Surf Woodie[2]

In 1961, while working for Barris Kustoms, Dick met Jack Ryan, head of research and development at Mattel. Jack had some sketches on a 1957 Studebaker turned into a Mercedes-Benx type of car that he wanted to build. The concept was designed by Dick's teacher,Strother McGinn. The salary was enormous, so after nearly three years Dick left Barris Kustoms to work for Jack.[2]

After the Jack Ryan relationship ended in the mid 1960s, Dick worked on several different projects such as the aluminum body for Andy Granatelli's Indy race car. He did also work for Dean Jeffries, who had just gotten the contract for the Green Hornet TV car and the Monkee Mobile. Dick did also help Dean out with the Manta Ray.[2] Dick worked with Dean Jeffries for two years. After two years he went back to Barris Kustoms were 40 more cars were built.

When the custom scene hit rock bottom in the late 1960s Dean designed and fabricated a couple of dune buggies called the Shalako and the Shala. Working with dune buggy's, Dean was introduced to Bruce Meyers of Meyers Manx fame. Meyers introduced Dean to Malcolm Bricklin, who in 1972 hired Dick to help with the prototype and initial production of the Bricklin motorcar.[1]

In the mid 1970s Dean opened up a shop next to the Cars of the Stars exhibit in Buena Park. In the late 1970s Dick opened up a Cruisin Toys in Santa Fe Springs. In 1977 he moved to Fullerton, California where he designed and built a few Cordays. The Corday was a Cord-like roadster based on an MG body. Dean did also build a plane for the James Bond movie Octopussy, and he provided Hard Rock Cafe with a few Cadillacs used above the bars and on the side of the buildings.

In the early 80's Rudy Rodriguez was a full time Volkswagen and Porsche mechanic and stopped by Dick's shop and asked how much it was to chop his 1951 Mercury. He was scared to take on a large Mercury as his first chop. When Rudy found out it was way out of his price range, he left with his head down. Before he got too far, Dean stopped him and told him to stop by the shop every day after work and ask any questions he wanted and work with Dean. Perhaps he saw something in Rudy, perhaps he was just a nice guy. After a few weeks and careful guidance, Rudy left to do his own car alone. Dick Dean told Rudy that cars are chopped with feelings and eyes not with formulas and templates. When he returned with his freshly chopped 1951 Mercury, Dick Dean smiled and said, "I knew you didnt need me." Even today, Rudy gets quiet by the mention of the late mentor and master's name, and talks about those magical evenings with Dick Dean as some of the best times of his life.[3]

In 1992, Dean moved his shop to San Jacinto, California. He was still working on special projects and custom cars, and would in 2004 chop a 1949 Mercury for $4,000.[1] Dick was still in the TV and movie industry, and built special projects for George Barris such as cars for the Flintstones movie, Jurassic Park and Power Rangers.[2]

Please get in touch with us at mail@kustomrama.com if you have additional information or photos to share about Dick Dean.