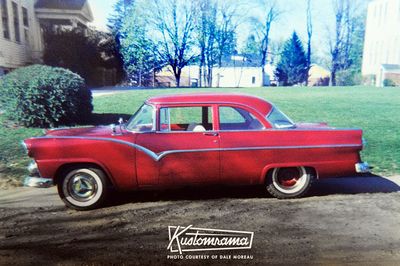 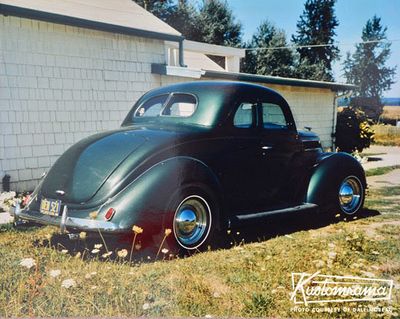 A coupe that Dale owned in 1972. The photo was taken in Minneapolis, Minnesota. Photo courtesy of Dale Moreau. 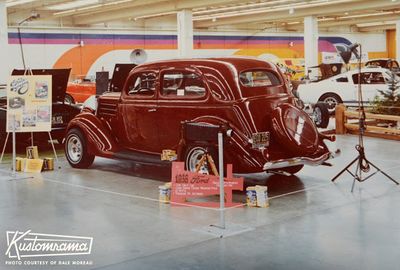 Dale Moreau's 1936 Ford Tudor Sedan at the 1976 Portland Roadster Show. Dale drove the tudor year round. Last he knew it was in central California, painted orange. 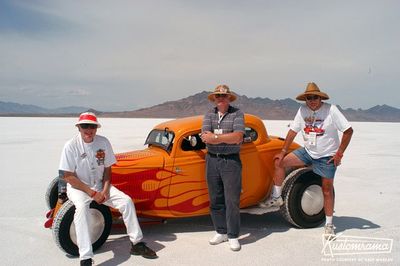 Dale with some friends at Bonneville. Dale is sitting on the front tire. The car was from Maine. Photo courtesy of Dale Moreau. 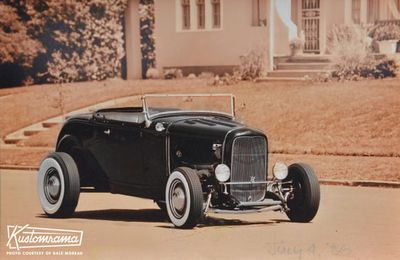 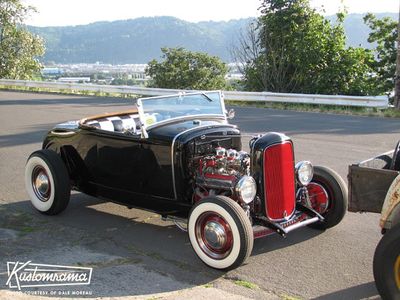 A Model A roadster that Dale owned in 2005. Photo courtesy of Dale Moreau. 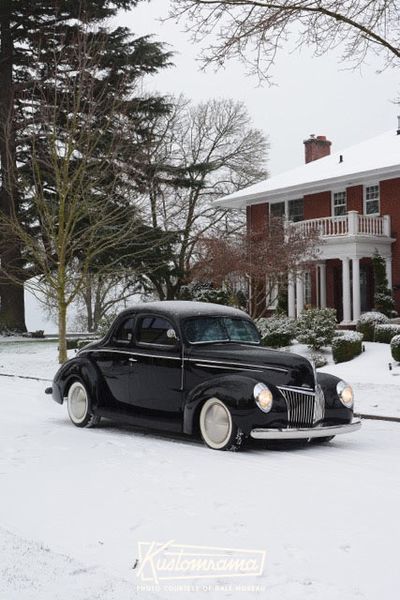 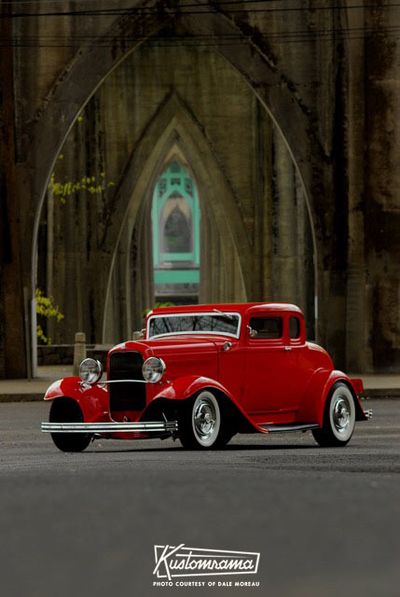 Dale Moreau's 1932 Ford 5-Window Coupe as it appeared in 2007. This coupe had more magazine coverage than any other of Dale's cars. Photo courtesy of Dale Moreau. 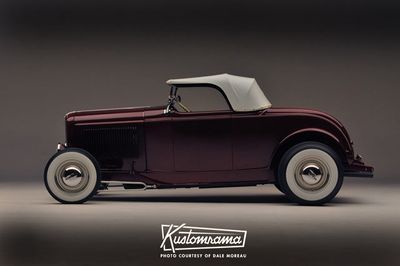 A fiberglass 1932 Ford roadster that Dale owned in 2009. The car was later sold to England. Photo courtesy of Dale Moreau. 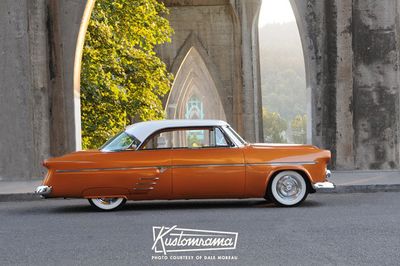 This Ford started out in the Chicago area. It was then sold to Southern California where Dale bought it. In 2014 Dale sold it to a guy in Boston. Photo courtesy of Dale Moreau. 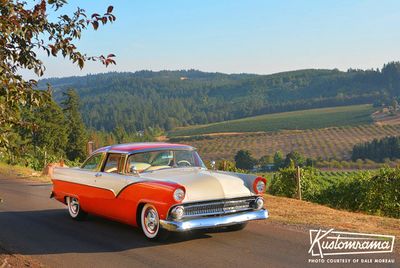 In 2017 Dale was still into classic cars, and his pride and joy was a 1955 Ford Crown Victoria. Photo courtesy of Dale Moreau. 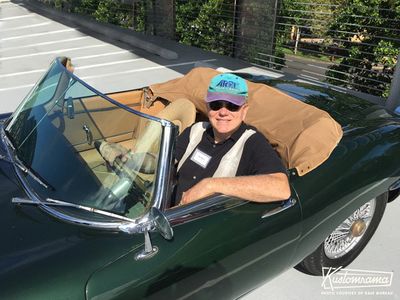 A photo of Dale in his friends E-Jag. Photo courtesy of Dale Moreau.

Dale Moreau is an automotive photographer. He grew up in Lockport, New York, near Buffalo and Niagara Falls. In 2017 Dale told Sondre Kvipt of Kustomrama that customs were their daily existence; "If you driving a car that was not nosed and decked it must be your daddy’s car was our philosophy." Dale's first car was a mild 1955 Ford Tudor.

In 1972 Dale moved to Portland, Oregon. In Portland he worked as an unpaid photographer for Street Rod Magazine while also working for Freightliner as their corporate photographer.[1] Dale went on to become a sought after automotive photographer and journalist, and he has been working for magazines such as Rodding USA, Hot Rod Magazine, Super Chevy, Rod & Custom, Muscle Machines, American Rodder and Street Rod Builder. In 2017 Dale was still into classic cars, and his pride and joy was a 1955 Ford Crown Victoria.

Please get in touch with us at mail@kustomrama.com if you have additional information or photos to share about Dale Moreau.