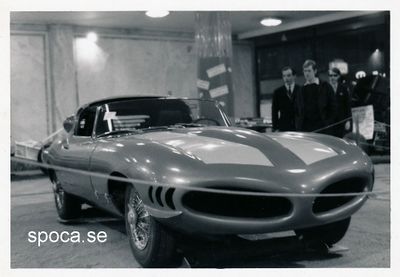 The Cool Cat at the 1967 Hot Rod Show. Photo courtesy of Sven and Maude Sandberg, from Spoca.se. 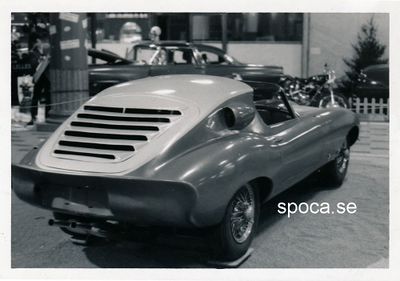 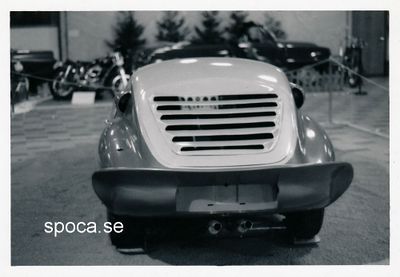 The Cool Cat is a Jaguar E-Type 2+2 custom built by Bo Sandberg of Yanke Customs in Älvsjö, Stockholm, Sweden in 1967. Bo's Jaguar was shown at the 1967 Hot Rod Show in Stockholm, featuring a red and pink Metalflake paint job. Bo kept the car in a barn for a while, before he sold it to his brother Sven Sandberg. Sven restyled it further, so it looked a little more like a Jaguar again. He sold it to a lawyer that wanted a convertible, so Sven restyled it again. The lawyer bought a new rear piece of the body from England that Sven fitted on it.
So it became a cabriolet roadster, the only in Europe with long doors.


The car still exists, however we don't know current owner or condition.

Please get in touch with us at mail@kustomrama.com if you have additional information or photos to share about Bo Sandberg's Cool Cat.