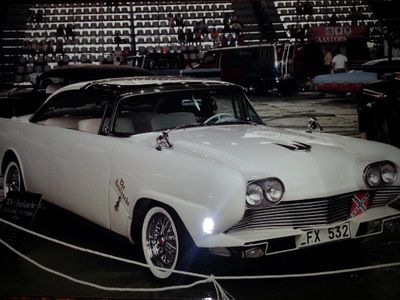 A photo of the Avalanche from an indoor car show in Sweden. Photo courtesy of Hannu Virtanen, from Gamla custom bilar i sverige.‎ 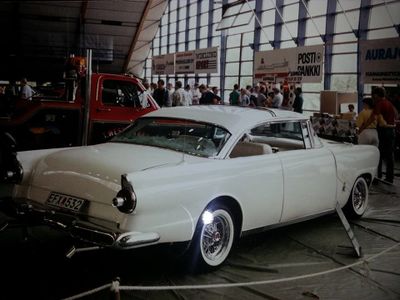 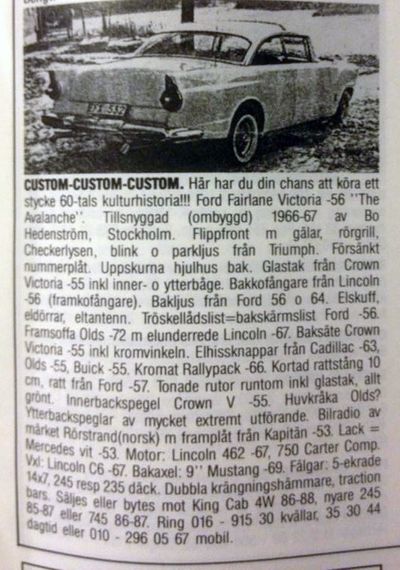 In 1992 the Avalanche was advertised for sale in Power Magazine. 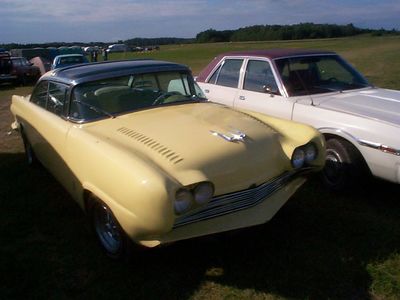 A yellow version of the Avalanche. Photo courtesy of Lars Brandow, from Gamla custom bilar i sverige. 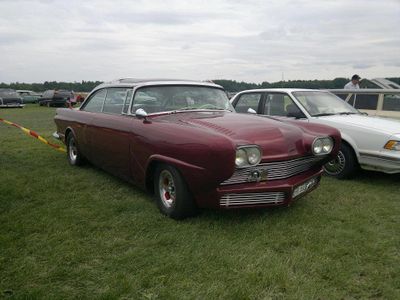 A dark red version of the Avalance. Photo courtesy of Tommi von Järvenpää, from Gamla custom bilar i sverige.

1956 Ford Fairlane restyled by Bo Hedenström of Stockholm, Sweden. The car, known as "Avalanche", was restyled between 1966 and 1967, and it featured a louvered flip-front with a tube grille, Checker-lights and directional lights and parking lights from a Triumph. The license plate was tunneled, and the rear wheel wells were radiused. Bo fit the car with a glass-roof from a 1955 Ford Crown Victoria. The rear bumper was taken from a 1956 Lincoln, and the taillights were constructed from 1956 and 1964 Ford taillights. It was shaved for handles, and the doors and the trunk were electronically operated. Inside, the Avalanche featured an electrically operated front bench from a 1967 Lincoln. The rear seat was 1955 Ford Crown Victoria. The steering wheel came from a 1957 Ford. All windows, including the roof, were tinted green. In 1992 the car was advertised for sale in Power Magazine. By then, the car was powered by a 462 engine from a 1967 Lincoln.

In December of 2014 the car was owned by Håkan Ström of Norrköping, Sweden.Gamla custom bilar i sverige.‎]]

Please get in touch with us at mail@kustomrama.com if you have additional information or photos to share about Bo Hedenström's 1956 Ford.