From Kustomrama
(Redirected from Australian)
Jump to: navigation, search 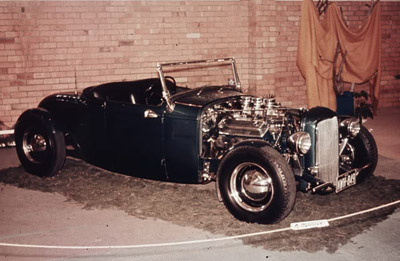 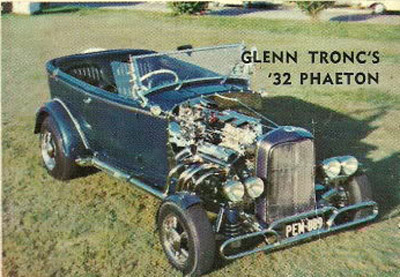 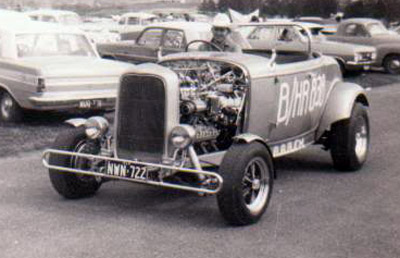 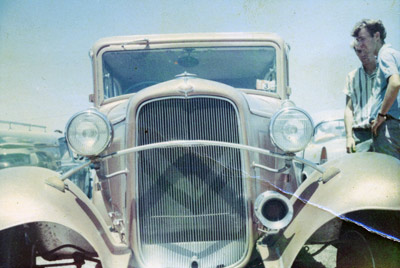 John Caldwell's 1932 Ford Four-Door Sedan of Sydney, New South Wales, Australia. Being an early member of the Road Knights of Sydney car club, Caldwell bought the 32 late in 1964. Shortly after buying it, he gave it a Metalflake pain job. One of the first Metalflake paint jobs in the area. 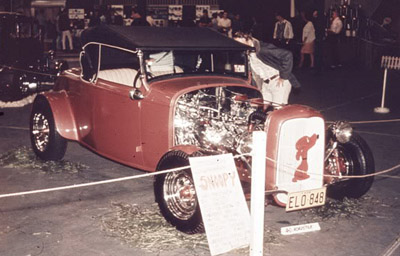 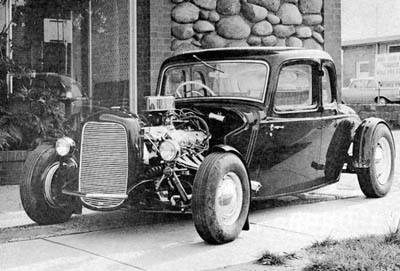 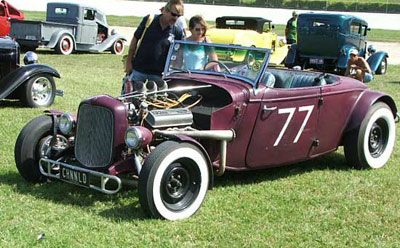 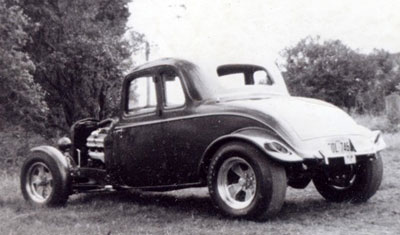 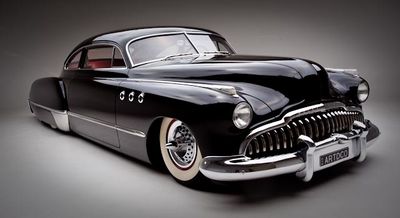 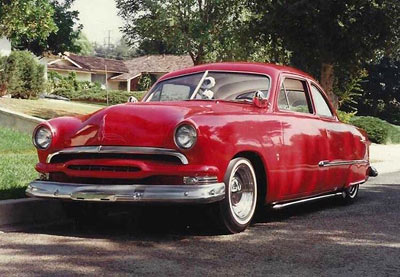 Justin Hocking's 1951 Ford Coupe of Melbourne, Australia. Originally owned by California customizer Johnny Miranda in 1980s, the car was sold to Australia in 2015. Rumored to be an old Barris Kustom, it came with a Certificate of Authenticy signed by George Barris. 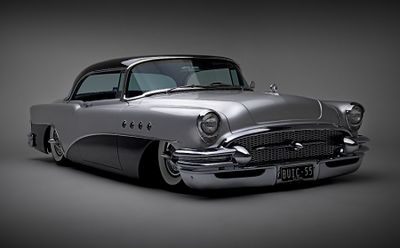 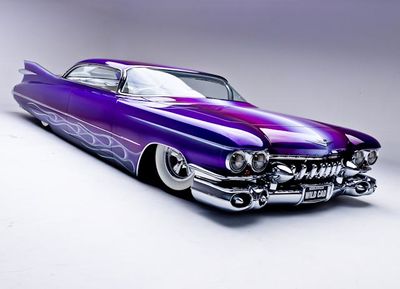 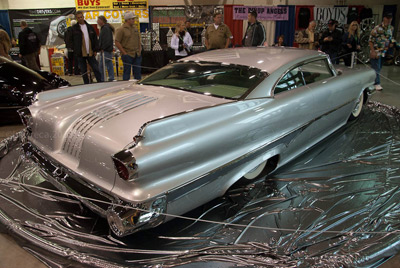 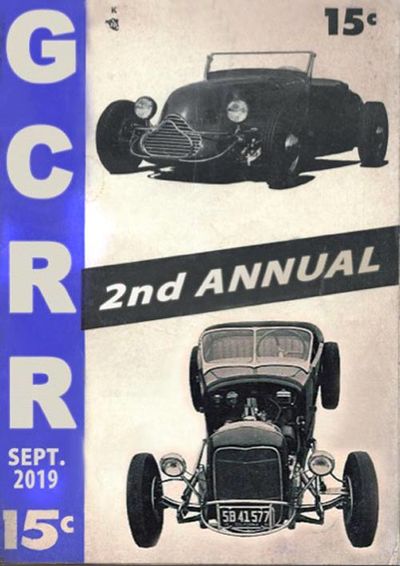 Australia has a long and rich hot rod history. Many people tend to compare old Australian hot rods with East Coast American built hot rods of the 1950s and the 1960s. The first Australian hot rods were often unchopped and channeled. They were also powered by Flathead Ford V-8 engines as that was what they had available at the time.[1]According to John Caldwell the Aussie hot rod and custom scene started in the Southern state of Victoria in the 1950s.[2]

Customs were rare in the 1950s

John Caldwell remembers a lot of people still driving 1930s cars in Australia in the late 1950s. "And a lot of European cars," he told Sondre Kvipt of Kustomrama in 2020. "We didn't have the population, like the US, and new cars were expensive. Customs were rare," he recalled. "We liked them, but they were kind of "out there" to us rodders."[2]

As Ford Customlines, Mainlines, and trucks powered by the Y Block Ford were sold in considerable numbers through the 1950s, the move to overhead engines gained pace in Australia in the 1960s. Chevrolet cars and trucks sold in Australia in the 1950s were almost all powered by inline six-cylinder engines. When Y block powered cars became available in the second-hand market, they became the hot rodders number one choice. The first Chevrolet V-8's weren't sold until 1961, so they didn't become available until the late 1960s and the early 1970s.[1] John Caldwell recalled Chevrolet 265 engines being rare and expensive in wrecking yards. The Ford Y-block on the other hand were plentiful and reasonable cheap. "That's why you see most Aussie hot rods with Y-block 272 motors when going from Flatheads to OHV." In 1965 Caldwell bought a 1935 Ford Coupe for US $80. "It was a bit rough." He came across it in the local wrecking yard. "They had a 283 Chevy motor," he recalled. It came fresh out of a wreck, and they were asking US $200 for it. Caldwell was making US $40 a week back then, so he had to pass on the deal and the engine ended up in a jalopy track racer.[2]

In the 1960s several cars with fancy paint jobs started appearing on the Australian scene. John Caldwell recalls many customized Holden's, Aussie Chevies, and various hot rods gracing them. "Many car guys were from Malta, Italy and Greece, and once these guys learned how to do these fancy paint jobs they went wild with paint." According to John, body shops started popping up everywhere. "You could do a 6-week course of spray painting at our local tech school, at night, for free if you applied early." John attended one of those in 1983. Candy and Metalflake paint jobs were popular in the 1960s, then in the 1970s lace jobs came in.[2]

Please get in touch with us at mail@kustomrama.com if you have additional information or photos to share about Australia.