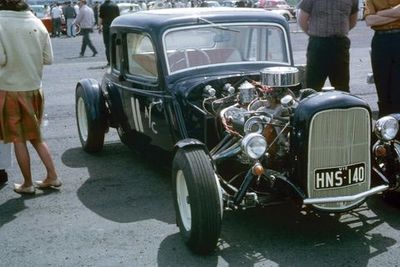 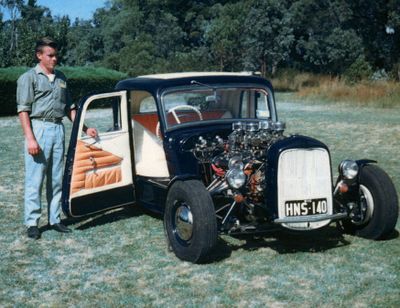 Darrol's coupe as it appeared when it was featured in Rod & Custom July 1963. Photo courtesy of Street Machine Magazine.

Darrol's coupe next to Darryl Harvey's 1934 Ford roadster at Riverside Dragway in Melbourne. 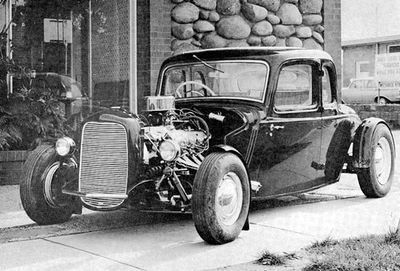 Another version of Darrol's coupe featuring horizontal bars in the grille. 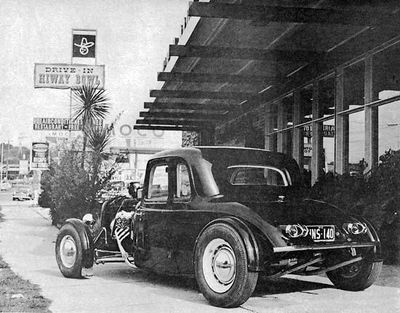 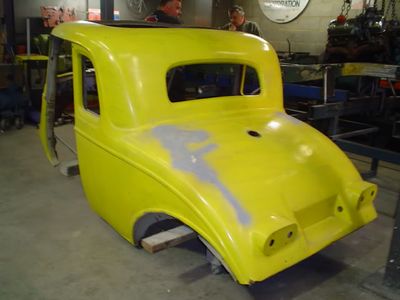 Darrol's old coupe as it sat during restoration. Photo courtesy of ozrodders.xom. 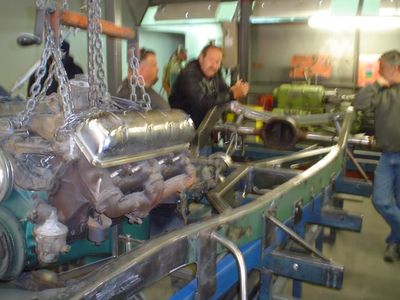 1934 Ford 5-Window Coupe owned and built by Darrol Finger of Wantirna in Victoria, Australia. Darrol bought the old coupe for about 200 USD. In order to achieve the low appearance that Darrol wanted, the frame was Z'd and the body channeled 8 inches. A sectioned 1932 Ford grille was installed to match the new appearance. The modified frame was fit with a chromed 1940 Ford rear end and U.S. weapons carrier shocks. Up front, Darrel installed a 1932 Ford axle with 1940 Ford spindles and brakes. Motorcycle type fenders made from spare tire covers were used on all four corners. The coupe rolled on Holden rims in the rear, and 1936 Chevrolet rims up front. The hubcaps were 1940 Ford. The deck lid was welded shut and molded to the body. The licenseplate was recessed in the deck, and a pair of 1958 Chevrolet taillights were mounted on frenched housings. The modified body was covered with 12 coats of Persian Blue by Allan Coffey of Melbourne. A handmade tube bumper protected the paint in the rear.[1] Darrol's channeled coupe ran a 1957 Dodge engine that Darrol's brother Grenville Finger had built at Repco in Ringwood.[2] The inside of the engine was stock. The four-carb manifold, running four Stromberg 97's, was homemade. The radiator came from a fork lift truck. The gearbox was from a 1954 Jaguar E-Type. The clutch was from a Ford truck and the disc was from the Jaguar. Renault seats were used inside, along with a 1958 Ford steering wheel and Smith gauges. The upholstery was done in white and orange vinyl. The rugs were black.[1]

Darrol ran the coupe at the strip, and when it was featured in Rod & Custom July 1963 his best time at Riverside Dragway in Melbourne was 97 mph with 14,6 e.t.[1]

Please get in touch with us at mail@kustomrama.com if you have additional information or photos to share about Darrol Finger's 1934 Ford.