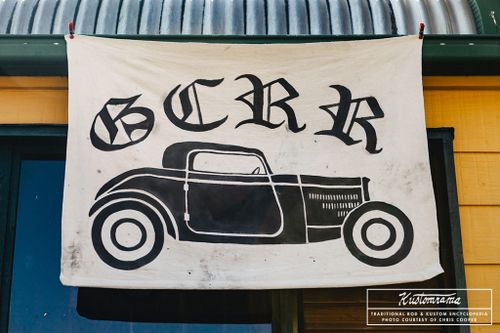 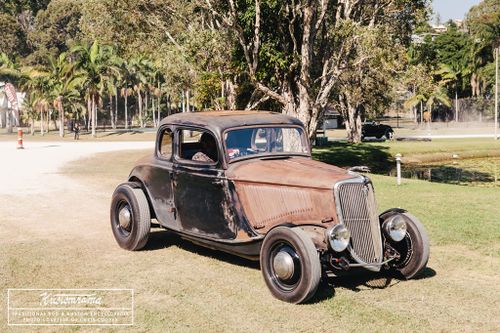 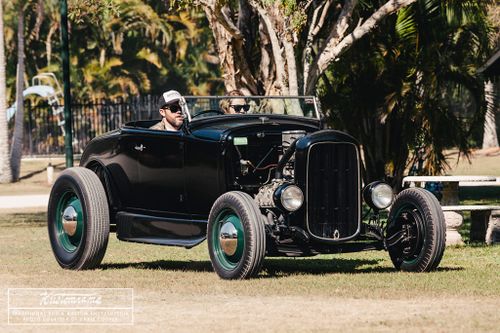 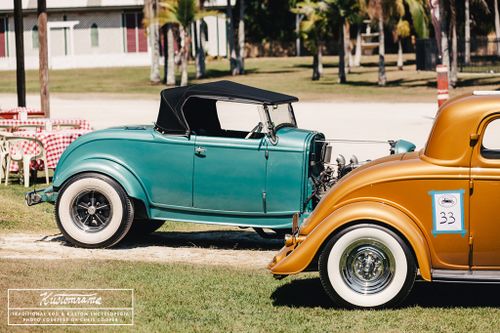 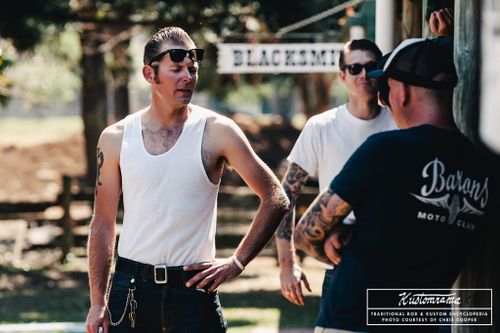 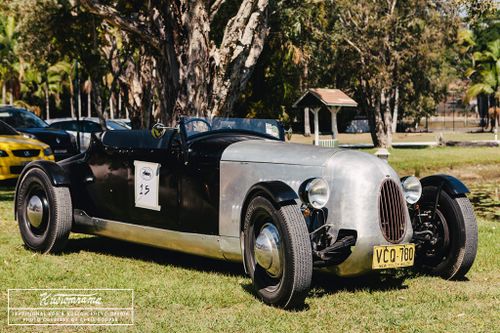 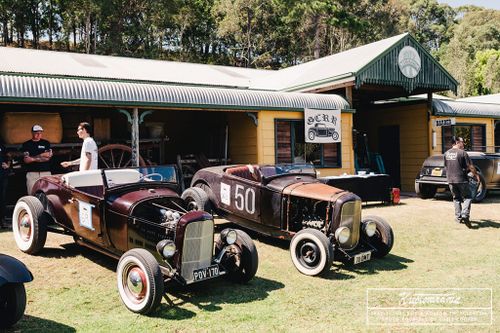 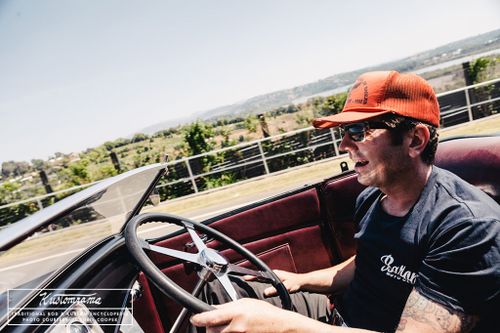 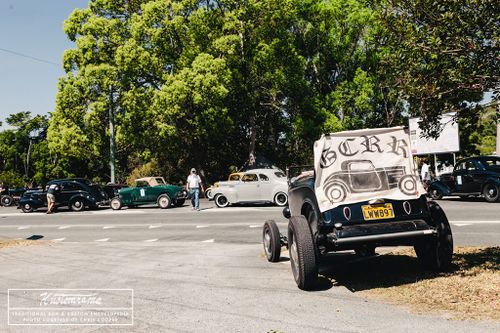 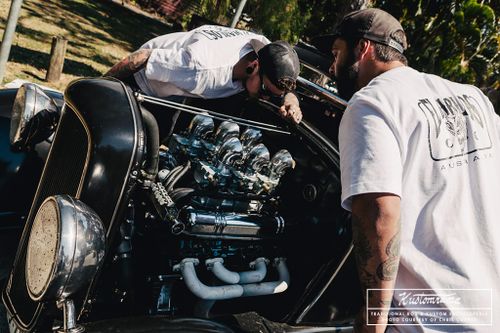 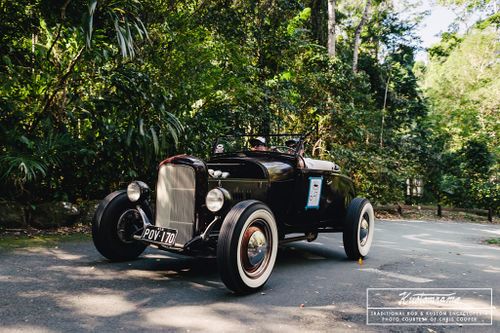 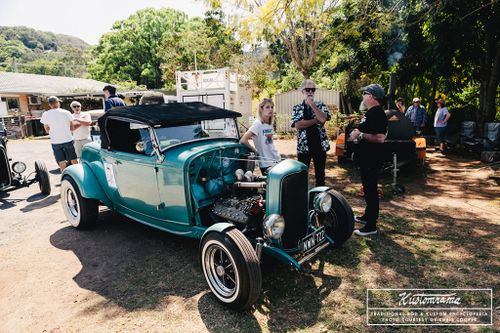 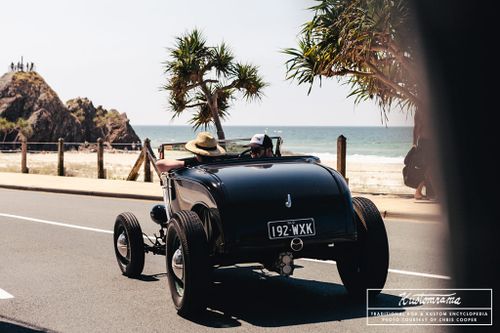 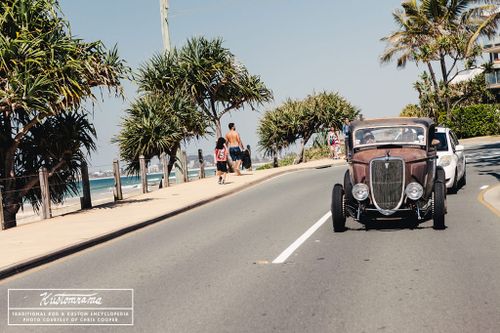 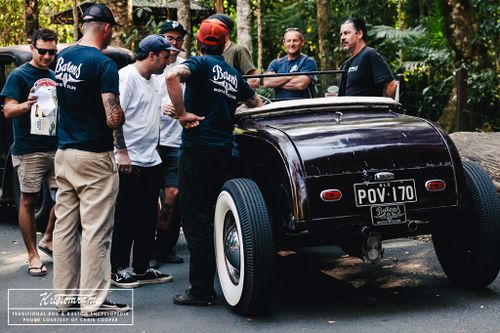 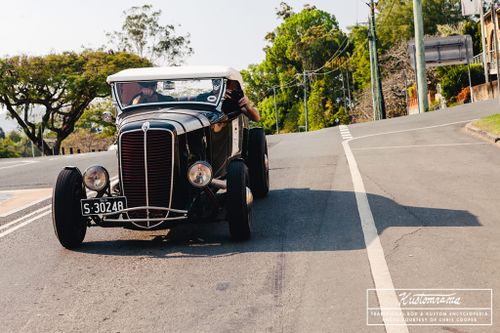 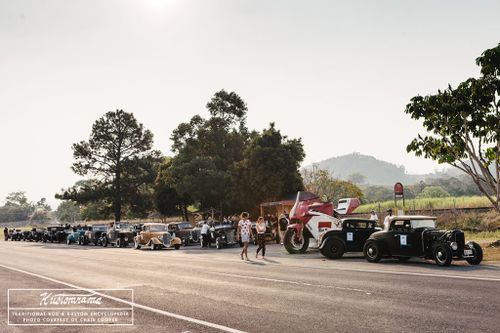 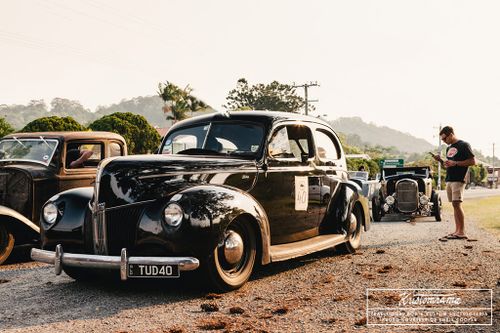 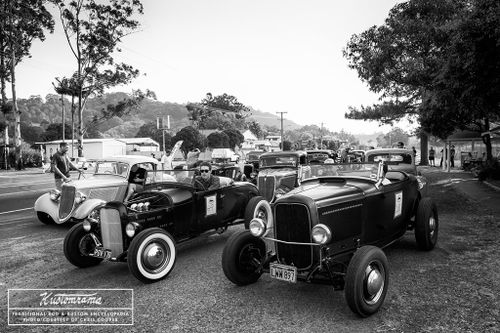 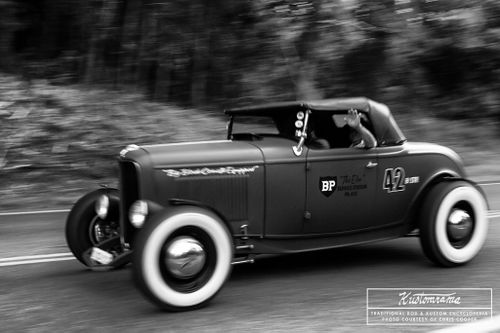 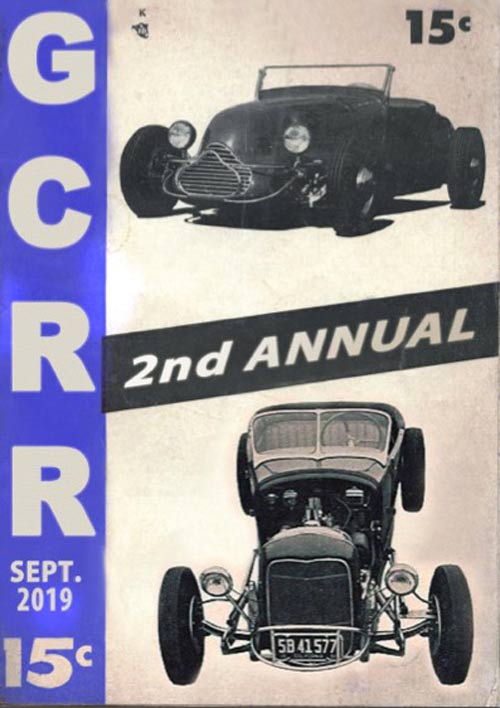 The flyer for the run.

The Gold Coast Reliability Run is an annual event held in Queensland, Australia. The event is open for pre 1940 hot rods. Traditional style only. Most of the cars are Flathead powered, and it is capped at 30. Organized by Josh Jardine, the idea for the run was originally to invite a small group of traditional hot rods in the area. "A small cruise with like-minded guys, no street rods," according to Josh. "I started GCRR in 2018 after spending a year in Los Angeles where I was fortunate enough to join the Pasadena Roadster Club on several breakfast and reliability runs." Held annually on the Gold Coast of Australia, the run covers approximately 120 miles on a beautiful unique landscapes. "From the beach, over mountain ranges to the bush via a tropical rain forest. Its a full-day event that ends up at the local pub for a few too many beers." Held September 14, 2019, the 2019 run was the second run.[1]

Please get in touch with us at mail@kustomrama.com if you have additional information or photos to share about Gold Coast Reliability Run 2019.