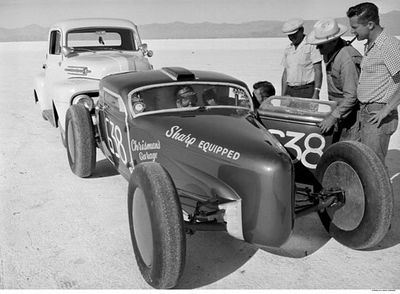 At the Bonneville Nationals 1953. Photo by Ralph Poole. 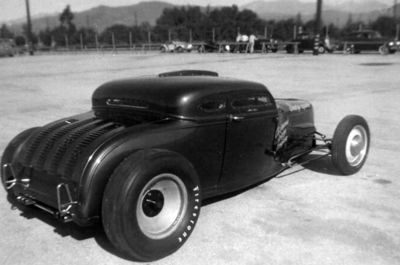 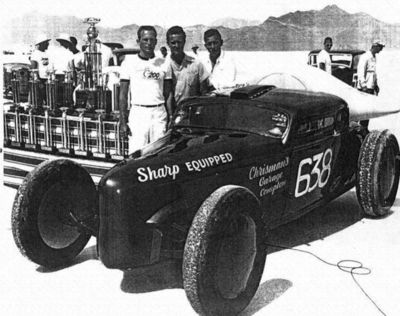 As it appeared in The Many Loves of Dobie Gillis after George Barris had purchased it. 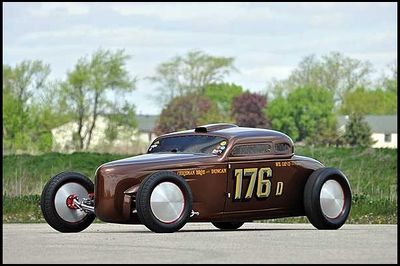 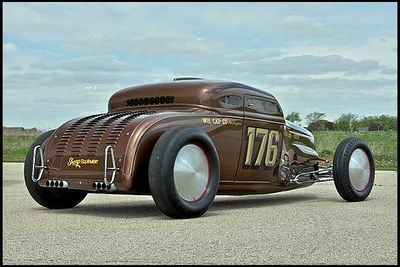 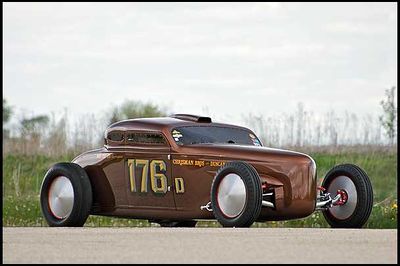 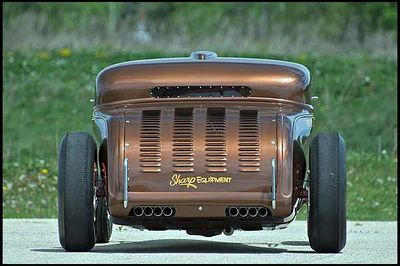 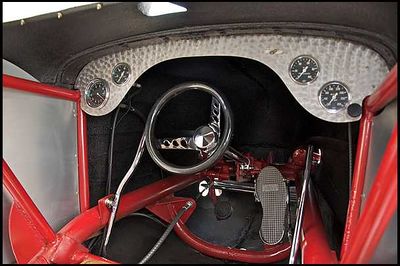 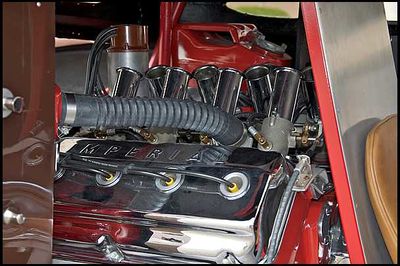 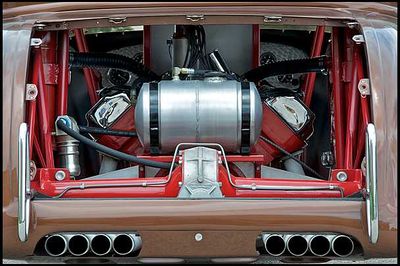 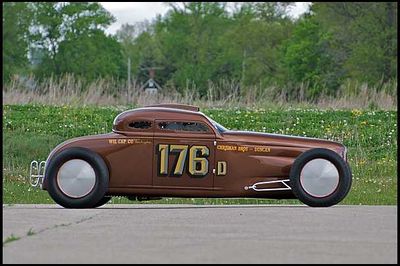 Several forces converged in the California car culture in the early post-WWII years to launch it to a new level of competition and development. Founded in 1937, the Southern California Timing Association had reconvened after the war and by 1949 had grown to include the Bonneville Salt Flats as an official venue for speed records; car clubs were propagating like never before, affecting intense rivalries and resulting in a new scoring system, and that same year coupes were allowed to compete for the first time in SCTA history against the more “exclusive” open roadsters. At the same time, engine technologies were advancing with the advent of the production overhead valve V-8, several versions of which could be modified with parts from a fledgling yet burgeoning speed-equipment industry.

At the center of this revolutionary maelstrom were the Chrisman brothers Art Chrisman and Lloyd Chrisman, whose father Everett Chrisman had raised them on the fabricator’s art and the craftsman’s ethos, and with them founded the Chrisman and Sons garage in Compton. The Chrismans established their reputations early on with the famed #25 dragster, the first car to reach 140 and 180 mph in the quarter mile, and a 1934 Ford coupe that hit 140 on the salt at Bonneville.

All the experience gained by the Chrismans on both salt and asphalt came together in the 1930 Ford-based Bonneville racer that would set three different SCTA class records and become the template for the classic Competition Coupe that prevails to this day. Radically chopped, with a sharply laid-back windshield, mail slot windows and a slippery nose cone fabricated from two 1940 Ford hoods, the coupe was a beautifully aggressive-looking showcase for the Chrismans’ trademark technical and aesthetic skills, its mere appearance enough to intimidate the competition.

The car also featured innovative packaging, with the engine, transmission and rear end assembled as a modular unit placed behind the driver, who sat up front mere inches away from the windshield in a close-fitting cockpit whose ingress and egress required considerable flexibility. Instrumentation on the engine-turned dash panel allowed the driver to monitor engine RPM, oil pressure and water temperature. Driver protection was quite advanced, with a full roll cage, wide aircraft-surplus seatbelts and a floor-mounted fire extinguisher close at hand.

Built on a strong yet lightweight tubular steel frame, the coupe used a front axle and leaf spring suspension from a 1938 Ford. A solidly-mounted Halibrand quick change unit afforded the flexibility in gear ratios required by the planned use of a wide variety of engines, and rear-only drum brakes were operated by a hand lever in the cockpit. Behind the firewall, side-mounted five-gallon jerry cans held the engine coolant, another factor enabling the use of different powerplants. A roof-mounted scoop directed cold fresh air to the engine compartment, whose heat was vented through a multitude of louvers in the rear decklid. In typical Chrisman style, the bodywork, including a full bellypan, was painstakingly hand fitted for maximum streamlining, and then painted in Bronze metallic with Red trim.

As Hot Rod Magazine and other “gearhead” magazines were chronicling the clash between flathead and pushrod engines, the Chrismans arrived at Bonneville in 1953 with their outlandish new creation and three heavily modified Ford engines. The 304 CI Mercury from the #25 dragster was the first to run, taking the coupe to a one-way Class C mark of 163.63 MPH; after the Merc died from an overdose of nitro on its return pass, the brothers replaced it with another flathead fitted with Ardun hemi heads and Potvin cam setting a new class B record of 160.187 MPH. They installed another Mercury flathead for a second shot at the class C record, but tuning gremlins put an end to their efforts for that year’s event.

After appearing on the cover of Hot Rod Magazine February 1954 under the headline “The Most Fantastic Coupe”, the car returned that year with Chrysler Hemi power, setting new class B and C records at 180.87 MPH and 180.08 MPH respectively, and again in 1955, when they set the new D class record at over 196 MPH. The coupe was then retired, and the Chrisman brothers set their sights back on drag racing, where they continued their innovative and winning ways.

The Chrisman Brothers coupe was sold in the early 1960s to George Barris, who modified it for its new roles in television’s “The Many Loves of Dobie Gillis” and on the traveling car show circuit. The transformation included White Pearl paint, gullwing doors to aid filming, Halibrand beanies with slicks and spoked front cycle wheels with trailing pontoons, making it almost completely unrecognizable as the former Bonneville record holder. After years on the show circuit, the car was returned to Art Chrisman, who restored it to its original form and installed an injected 331-inch Chrysler Hemi. It was then bought by Joe McPherson and placed on display in his famous Joe’s Garage.

In 2001 the Chrisman Brothers Coupe was one of the first crop of historic rods invited to the Pebble Beach Concours d’Elegance in the brand new “Famous Hot Rod Coupes” class, along with the Pierson Brothers Coupe, the So-Cal Speed Shop Coupe and the Mooneyham and Sharp '554' Drag Coupe. Prepared and accompanied by Art Chrisman, the Coupe was awarded third place in the category, a crowning moment for both the car and its creators.

Born at a turning point in the formative years of California’s hotrodding culture; a multiple class record holder and Hot Rod Magazine feature car; one of the first “TV cars” and an inaugural Pebble Beach class winner, and in retrospect the very car that established the parameters for an entire automotive design genre, the Chrisman Brothers Coupe is one of the most important automotive icons in 20th century American popular culture.

Please get in touch with us at mail@kustomrama.com if you have additional information or photos to share about Art and Lloyd Chrisman's 1930 Ford.