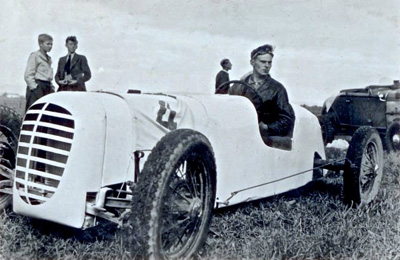 Greger Strøm Special No. 1 of Trondheim, Norway. Greger's Nordic Special Racer was built in 1937. It attended one race at Leangbanen in 1937 where it beat Norwegian racing legend Arvid Johansen. 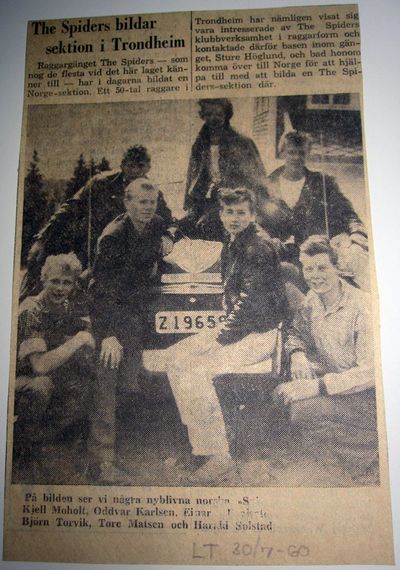 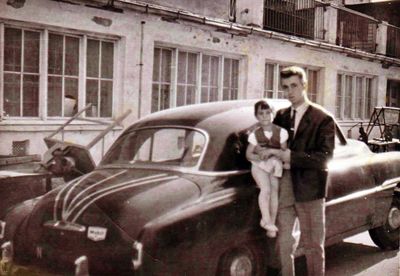 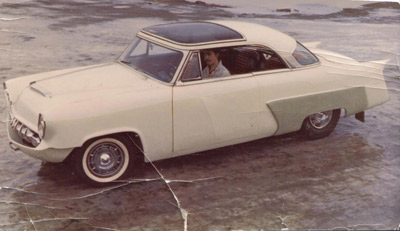 Einar Valsjø's 1952 Mercury of Trondheim, Norway was one of the first custom cars of Norway. The build was completed around 1963. 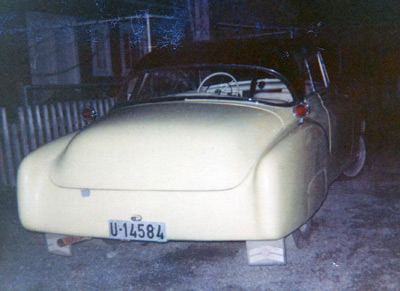 Bjørn Tømmervik and Ivar Buxrud's 1951 Chevrolet Bel-Air of Trondheim, Norway. Restyled in 1965, Bjørn and Ivar's Chevrolet was one of the first custom cars of Norway. 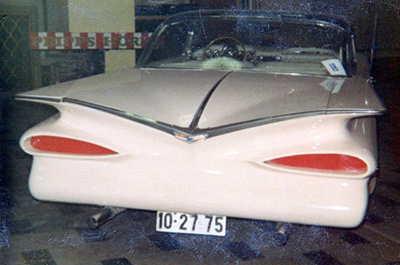 Harald Sannum's 1959 Chevrolet Impala of Trondheim, Norway. The build was started in 1965 and completed sometime prior to April of 1967. 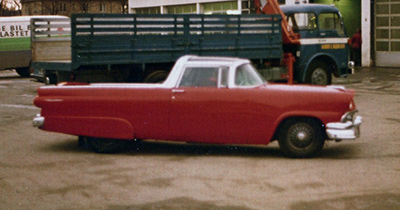 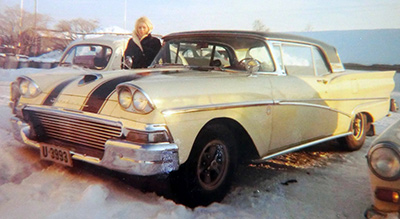 Harald Sannum's 1958 Ford Fairlane 500 Skyliner of Trondheim, Norway. The Skyliner came from Oslo, and Harald traded it for his customized 1959 Chevrolet Impala in 1968. The engine was hopped up, and the car was mildly restyled. 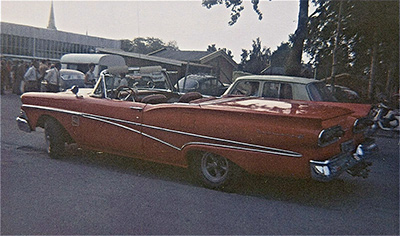 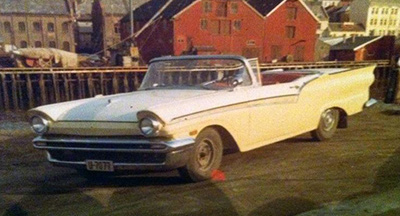 Geir Johansen's 1957 Ford Skyliner of Trondheim, Norway. Geir was the lead-singer of the band the Shirrows, and his Ford was fit with a 1957 DeSoto bumper. 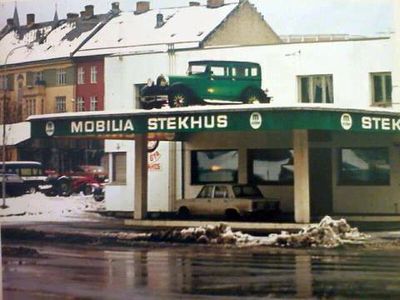 Mobilia Stekhus was a hangout place for automobile interested teenagers of Trondheim in the 1970s. 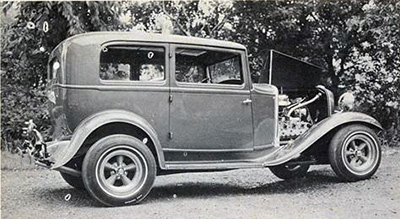 Claus and Stig Jørgensen's 1932 Ford Tudor of Trondheim, Norway. Completed in 1974, the car is known as the first hot rod of Trondheim. 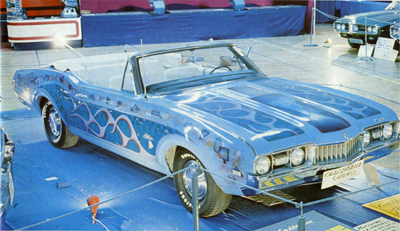 Einar Valsjø's 1968 Oldsmobile Cutlass Convertible of Trondheim, Norway. The build was completed the night before the 1974 Motormesseshow in Nidarøhallen in Trondheim. It featured Einar's first show paint job, and it was the first show painted car of Norway. 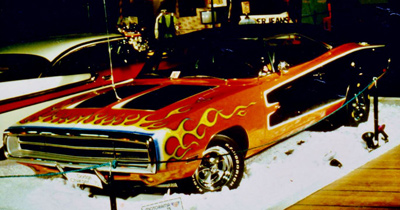 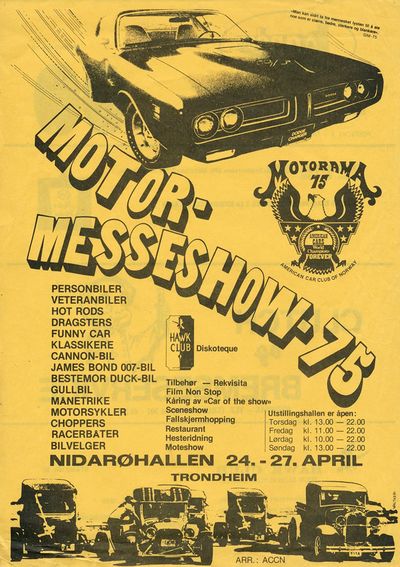 Motorama 75 was an indoor car show held at Nidarøhallen in Trondheim, Norway. Also known as the Motormesseshow, the show was held April 24-27, 1975. 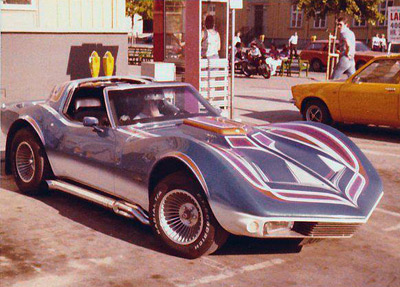 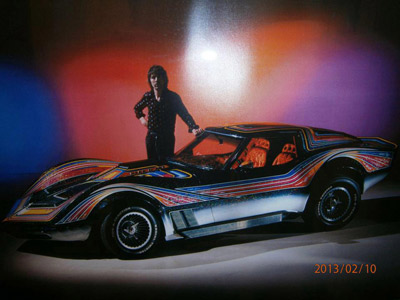 The second version of Einar Valsjø's Mako Shark, also known as Mako Shark II was completed in June of 1980. Unfortunately, this version burned to the ground in 1983.

Trondheim is the third biggest city in Norway.

The Spiders of Trondheim

In the 1960s, several teenagers of Trondheim were in possession of American automobiles. Many of these worked at Fische, a local Ford dealership. They were allowed to use the canteen at Fische as a hangout. Known as "Club 8," the canteen at Fische became the first disco of Trondheim, as a sailor had brought this concept with him back home. "Club 8" wasn't a car club, so several of the teens with an interest for automobiles began to hang out at Mobilia Stekhus instead.[3]

In 1972, American Car Club was established in Trondheim.[1]

Please get in touch with us at mail@kustomrama.com if you have additional information or photos to share about Trondheim.