From Kustomrama
(Redirected from Trend Customs)
Jump to: navigation, search 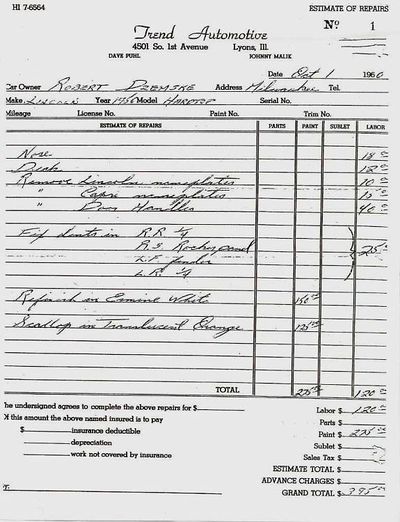 Invoice number 1 from Trend Automotive. Dated October 1960, it was written out to Robert Dzemske for the work they did on his 1956 Lincoln. Photo courtesy of Bob Dzemske. 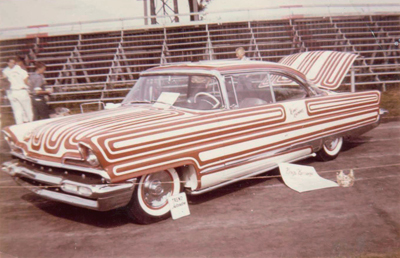 Bob Dzemske's 1956 Lincoln of Milwaukee, Wisconsin. Bob's Lincoln was restyled by Dave Puhl and Johnny Malik at Trend Automotive in 1960. 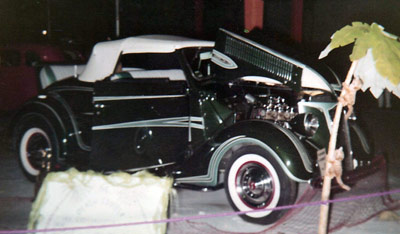 Rich Vachata's 1936 Ford Convertible of Berwyn, Illinois. Rich was a member of the Bearing Busters of Berwyn, and the other members in the club helped him build the car. The first version was completed in 1959. In 1960 Dave gave the car a scallop paint job. This version of the car was named the Beach Comber.

William Block's 1936 Ford, Brandy's Chariet, was restyled by Dave at Trend Customs in 1960. 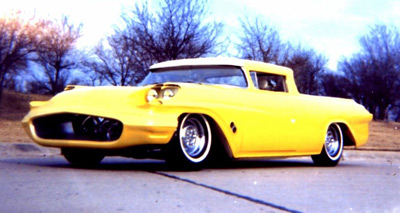 The Trendero was restyled by Dave and John Malik at Trend Customs. The build was started in 1960 and completed in 1961. 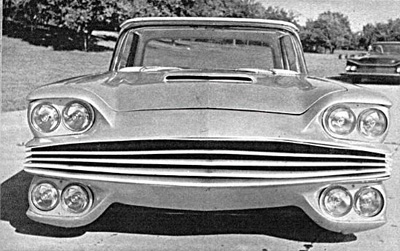 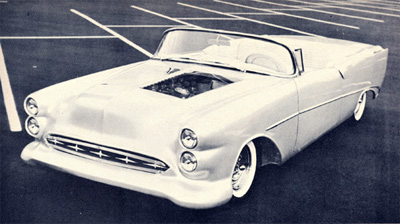 Ralph Ferks' 1954 Oldsmobile, The Startling Starfire was restyled by Dave at Trend Customs.

Trend Automotive was a custom body shop in Lyons, Illinois run and operated by Dave Puhl and Johnny Malik. After building a 1955 Ford Thunderbird after hours in the body shop he worked at in Chicago, Dave decided to open up his own shop in the Summer of 1960. Finally, not just evenings and weekends any more, Dave now did custom work on a full time basis. The shop was located at 4501 So. 1st Avenue in Lyons.[1]

In mid 1962, Dave decided to close down Trend Automotive, and move to Wichita, Kansas, where he took on the challenging position as Shop Foreman for one of the Country's top customizers, Darryl Starbird at Star Kustom Shop.[1]

Please get in touch with us at mail@kustomrama.com if you have additional information or photos to share about Trend Automotive.