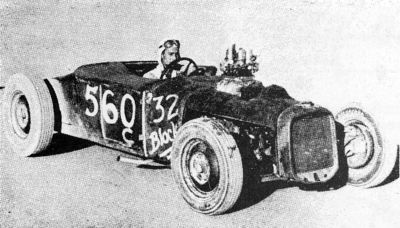 Tom Beatty with the rust bucket at El Mirage around 1947. 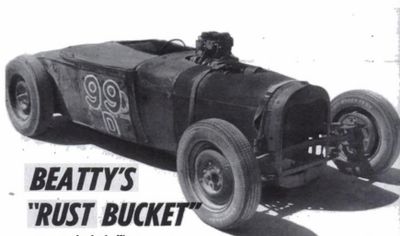 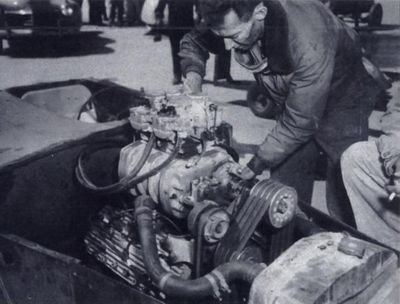 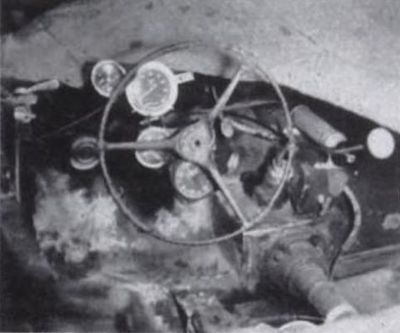 1929 Ford Roadster owned and raced by Tom Beatty. When Tom's channeled roadster was featured in the first issue of Hop Up Magazine, it was referred to as a rust bucket, with its lack of paint and rusty hood. It looked like it was gutted by a fire. But you should not judge the book by its cover, in 1951, it was clocked in at 154,63 mph! Under the rusty hood rested a 1941 Ford block Navarro heads and manifold. The worked over blower was from a G.M.C two-cycle Diesel. It had good handling even at high speed thanks to the upside-down Model A front suspension. The steering wheel was stripped down to the wire core and taped with friction tape for a grip. All the gauges were even taped or wired into place.[1]

Please get in touch with us at mail@kustomrama.com if you have additional information or photos to share about Tom Beatty's 1929 Ford.