From Kustomrama
(Redirected from The Flamer)
Jump to: navigation, search 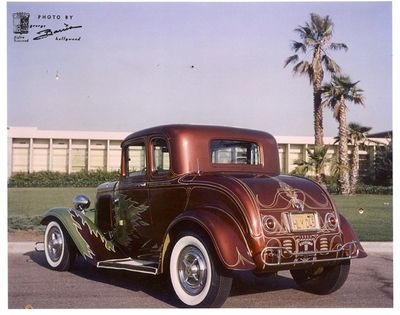 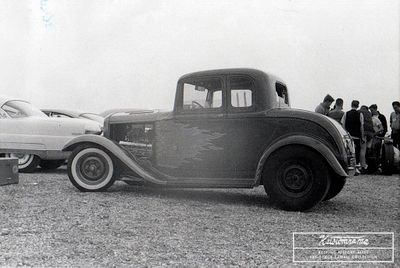 A photo of the Flmaer taken at the San Gabriel Drags in late 1957. "I used to walk by it at a chrome shop in Monterey Park on my way to and from Mark Keppel High School," Chuck Edwall told Sondre Kvipt of Kustomrama in 2022. "They used to kick me out of there until I brought my 22 rifle to have chromed so I could stay at the shop to see George's coupe." Photo from The Chuck Edwall Collection. 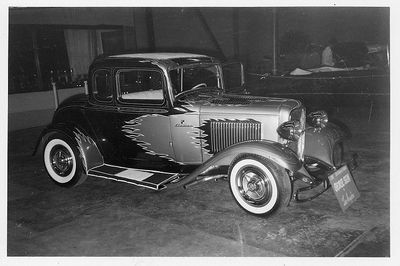 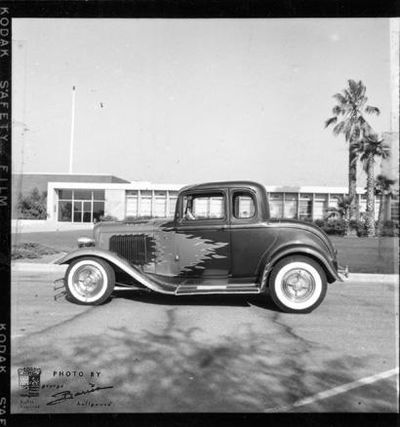 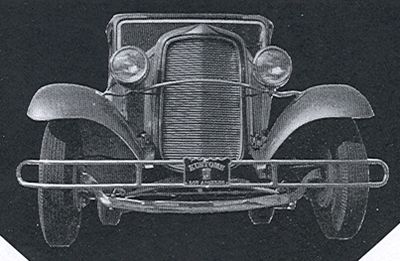 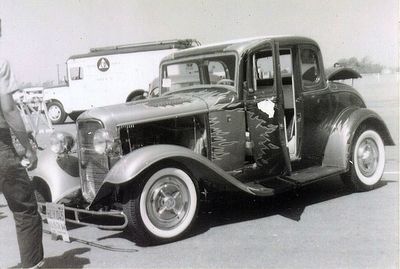 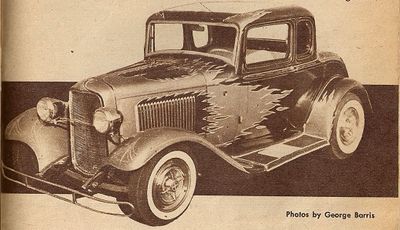 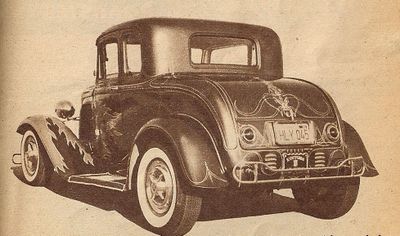 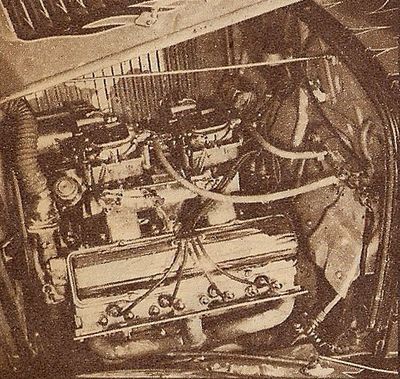 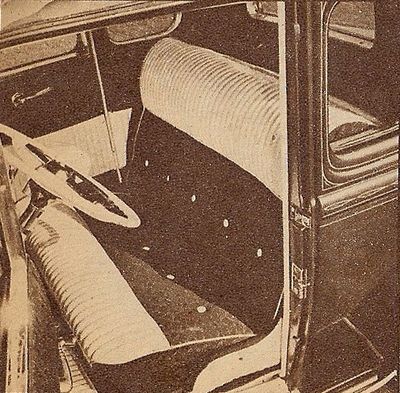 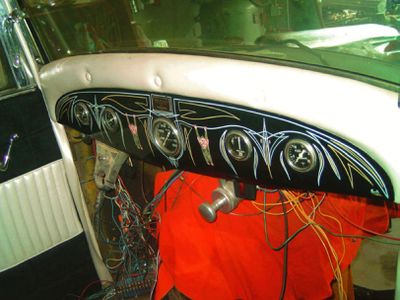 The dashboard as it looked in 2007 with the original striping still in place.[2]

1932 Ford 5 Window Coupe restyled by Barris Kustoms for George Sein of Los Angeles, California. The car was also known as "The Flamer". The coupe featured nerf bars, rolled and louvered rear end, a chromed Dago filled axle, and chromed undercarriage.[3] Round Pontiac taillights were installed, The custom grille was made by using 1/2 inch round rods set into a 1 inch deep chromed steel socket. In order to lower the rear, the rear fenders were bobbed 4 inches and the springs were de-arched. The top was pleated by Tom's Top Shop in Alhambra, California. Pleated running boards pads were added for show use. The interior was upholstered by the same company and featured a silver-corded black frieze cloth with pleated white naugahyde. The car was powered by a full-race Cadillac OHV engine which George built himself. It won first price at the central pacific coast NHRA regional at 113 mph. The body was painted rustic metallic bronze with lime gold flames. Dean Jeffries did all the striping.[4]

When the list of "The 75 most Significant '32 Hot Rods" was published in January of 2006, experts estimated that about 20 of the cars had not survived and would not be found. These cars had not been seen in decades and the trail to finding them had long been col, even abandoned. As the list of these cars became known, many of the missing car were located, one of these cars was "The Flamer". When the car resurfaced it was owned by Ray Santistevan, who purchased the car from Joe Zupan in 1972.

Please get in touch with us at mail@kustomrama.com if you have additional information or photos to share about George Sein's 1932 Ford.