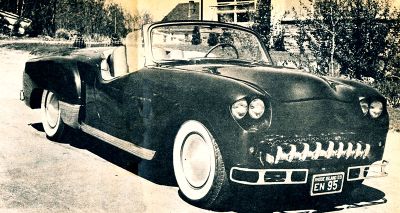 Teddy's custom as it appeared when it was featured in Custom Cars January 1960. Photo by John Eddy. 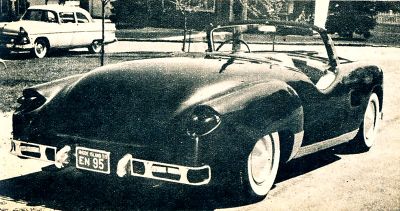 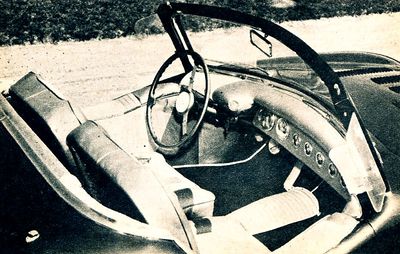 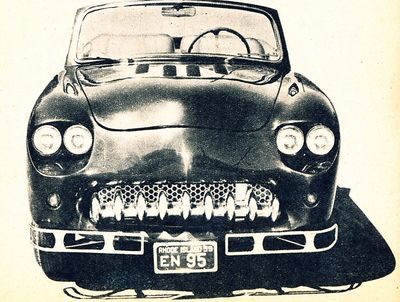 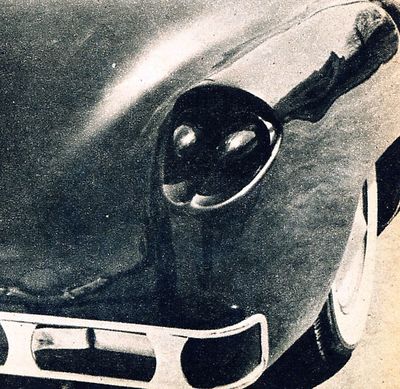 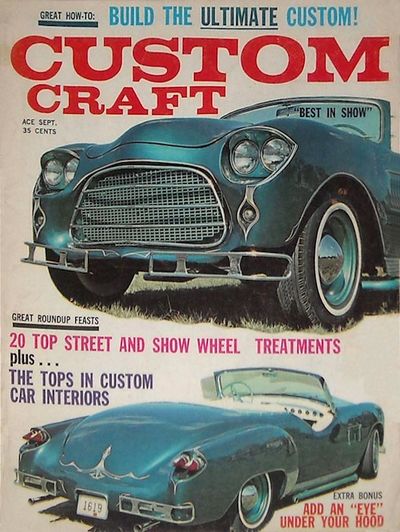 A third iteration of Teddy's custom was featured on the cover of Custom Craft September 1963. This version featured a new grille and grille opening. It was dressed up with pinstriping and lake pipes. Scan courtesy of 99wspeedshop.com. 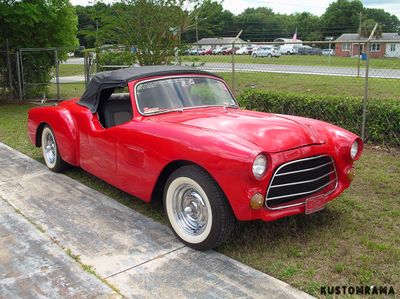 Ted's old custom as it appeared in 2015. Photo courtesy of Jack Woodmansee. 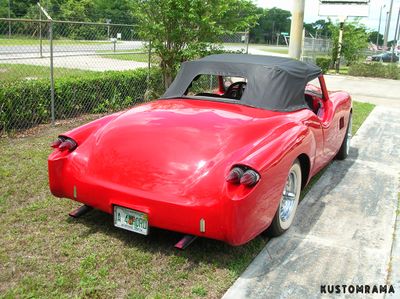 Ted built the car in his own body shop over a span of two years. The build was started in 1953 and completed in 1954. It was based upon a 1940 Ford chassis, however, the remainder of the car were hybrid auto parts. Front and rear fenders were from a 1950 Chevrolet. The hood was custom made, pancake style. The windshield was chopped 3", and the body was sectioned 6" and channeled 6", yielding a total drop of 15" in overall height.[1] It featured a Rambler front bumper, and a 1950 Oldsmobile rear bumper. The interior sported reworked red and black leather seats from a 1940 Studebaker.

In 2015 Jack Woodmansee interviewed Ted's family about the car, and they could tell him that Teddy had received many compliments when he first displayed the car; "Many admirers were comparing it to the new 1955 Thunderbird." The first iteration of the car was highlighted in Mexhanix Illustrated July 1955. The story was titled "10 in 1 Speedster." This version ran a 1951 Ford Flathead V-8. After a few years, the Flathead was replaced with an Olds motor.[2]

Teddy's roadster was in several magazines and numerous car shows in the mid 1950s and throughout the 1960s. In 1960 a second iteration of the car was featured in Custom Cars January 1960. This version featured frenched and tunneled headlights from a 1958 Ford. The molded cavity frames were from a 1958 Ford as well, inserted with mesh screen and a 1954 DeSoto grille bar. The car had no bumpers, but it ran nerf bars for protection. The custom taillights were made from Corvette chrome frames, with 1959 Cadillac lenses mounted. The hood had received four rows of louvers. Scoops were made in the leading edges of the rear fenders, and trimmed with chrome trim from a 1958 Chevrolet Impala. Tony's Auto Top in Cranston was responsible for upholstering the car in gold and white pleated and rolled Naugahyde. A safety-padded dash was made, equipped with Stewart-Warner instruments. The seats were handmade. According to the featured story in Custom Cars January 1960, Ted had invested $500 in customizing, he held the cost down by using discarded parts from other cars, the chassis only cost $18.[1]

In 1963 a third iteration of Teddy's custom was featured on the cover of the September-issue Custom Craft Magazine. This version featured a new grille and grille opening. The new grille was made from mesh and chromed tubing. Painted blue-metallic, it was dressed up with pinstriping and lake pipes.[3]

In 2015 the car was still around, owned by Davey Jones. This version was powered by a 1971 Chevrolet Corvette 350 motor wit a TH400 transmission. The rear end was 1955 Oldsmobile.

Please get in touch with us at mail@kustomrama.com if you have additional information or photos to share about Ted Graziano's 1940 Ford.