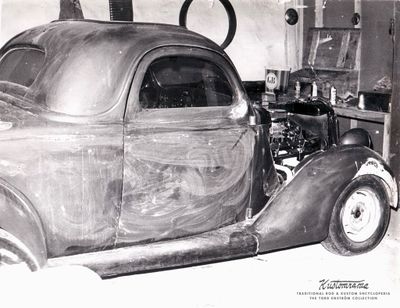 A construction photo of the coupe taken shortly after Staffan bought it. Tord Enström shared a garage with Staffan back then, and he remembers the car had been damaged by fire by the rumble seat, and that it needed a lot of work. Photo by Per-Henrik Cellton, from The Tord Enström Collection. 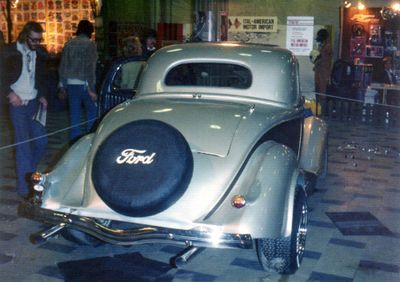 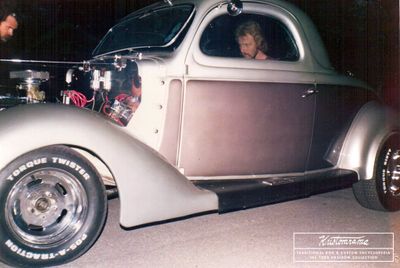 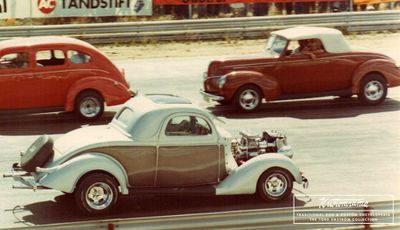 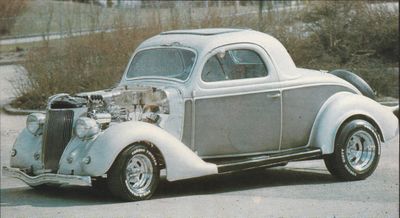 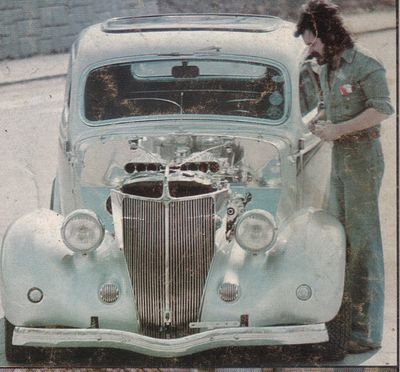 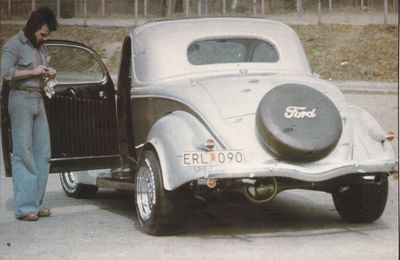 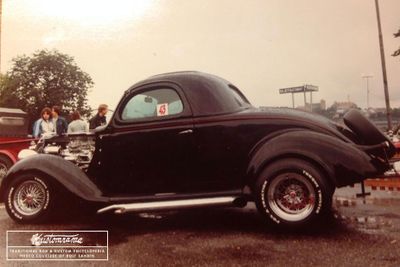 A photo of Staffan's 36 taken at the 1981 SSRA show outside Gröna Lund. Photo courtesy of Rolf Sandin, from the Göran Nordenberg's Collection. 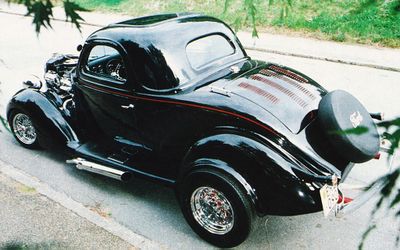 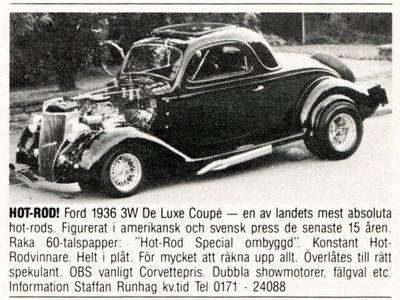 Staffan's coupe as it appeared when it was advertised for sale in Wheels Magazine Januari 1986. 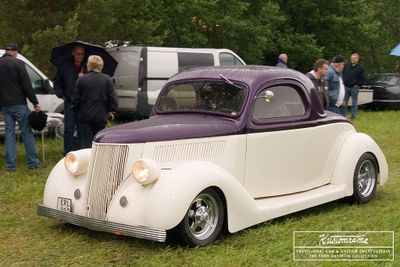 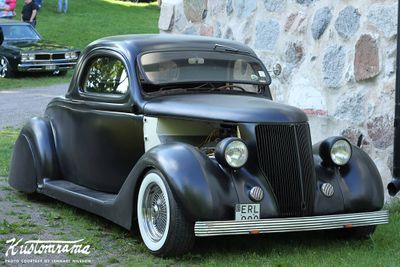 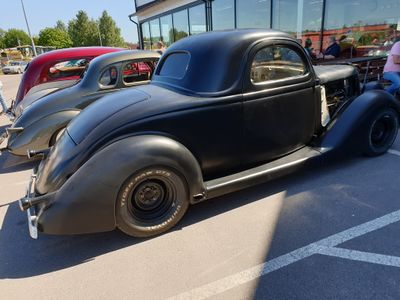 Staffan's old coupe as it appeared in June of 2020. Photo by Mats Wallander. 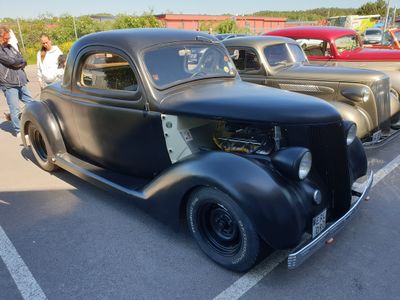 Another photo taken in June of 2020. Photo by Mats Wallander.

This 1936 Ford 3-Window Coupe was found by Arne 'Ghandi' Gullmarstam in the mid-60s. It was located in Tureberg, in a yard next to 'A-Ford Lasse'.


Arne took care of the car which was is rather bad shape. Romours say he cut and lowered the body at the firewall instead of fixing the rust there. He bought and installed a Chevy 327" from Bo Kasby with money saved from his military service. Put in Mercedes brakes and a Chevy rear end. A top window from Ford Crown Victoria etc.


It is possible that the car was used on a trip to Santa Pod Raceway in England as Arne assisted Anders Lantz and Tony Jönsson racing their Plymouth -33. Arne had lent his 454" Chevy engine from his boat to Anders for this race.[1]

Arne painted the car dark blue before he sold it. Arne doesn't remember who bought it from him, but famous dragracer Gunne Back has owned the car.
To finance an estate affair, Gunne sold it 1970 to Staffan Runhag in Enköping for 10 000 SEK and a color TV!


The coupe wasn't in a good condition but Staffan knew exactly what stance he wanted.

The paint worked very well with all the chrome and black interior. Tord Enström helped with several things, such as installing a new electrical system.

Once completed, the car attended the Hot Rod Show 1975 Marmorhallarna where it won 1st price Hot Rod. The coupe became a permanent prizewinner at car shows!

For some reason, Staffan sold the car but ended up buying it back some years later. He then painted the car black with red pinstriping. He also installed a chrome roll bar, sidepipes, a louvered trunk cover, and more. This iteration of the coupe was shown at Hot Rod Show 1980 and Gröna Lund Show 1982. It was also featured in Colorod with a big poster.

Even today, many still consider this as the wildest Hot Rod ever built in Sweden!

After that the history becomes unclear. The car was advertised for sale by Staffan according to an ad in Wheels Magazine in 1986. According to Tommy Hallberg the car was 1st price in a lottery at a Street Rod meeting. 250 tickets 100 SEK each. Unsure who won, but Lennart Helsing later owned it, worked on the car a lot, more hi-tech, painted beige/purple, and sold to someone (Dacke?) in Kungsör. Another owner was Rolf Fride Eriksson in Bollnäs.

By the 2007 the car returned to Enköping and Lennart Fors. It was in a bad shape, completely changed from when Staffan owned it. Staffan and Lennart decided to give the car a more custom look with fender skirts etc.

It was never Staffans intention to restore it back to how it looked when he owned it, even though many others meant this should have been done.

Lennart sold the car to Håkan Lindberg from Fjärdhundra i 2019. Håkan still owned it in 2020.

Please get in touch with us at mail@kustomrama.com if you have additional information or photos to share about Staffan Runhag's 1936 Ford.