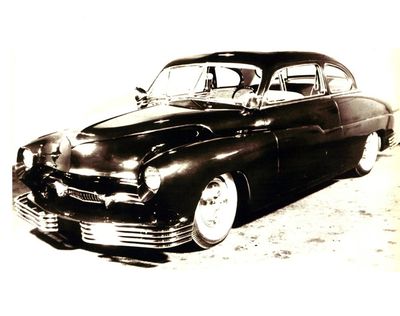 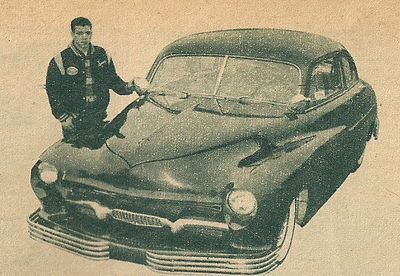 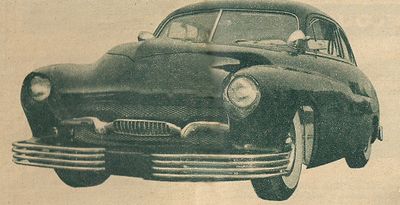 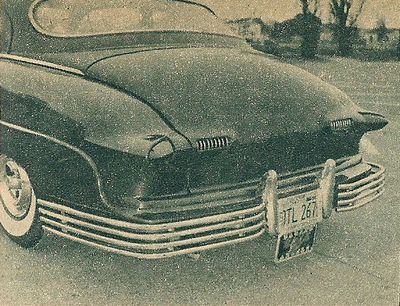 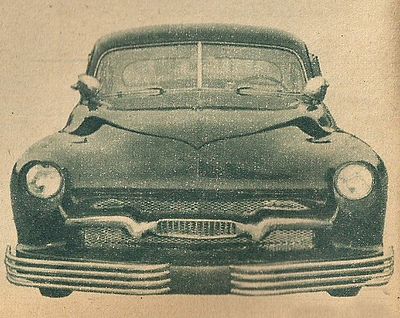 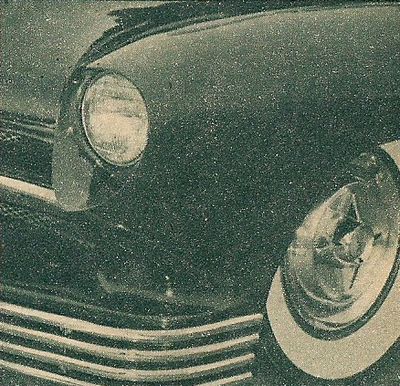 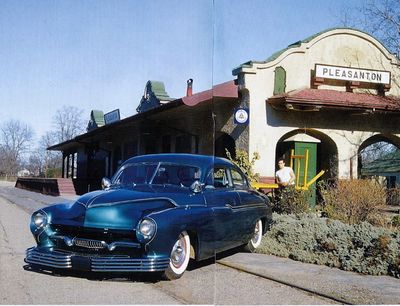 Sonny's Merc with pinstriping. Photo from the Ron Brooks collection. 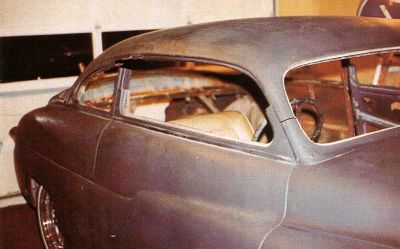 After Sterling Ashby found the Blue Mirage in 1973, he rebuilt and restored the car. One of the things Sterling did to the old custom was to chop the top. These photos taken during the chop were published in the French magazine Auto Loisirs November 1981. 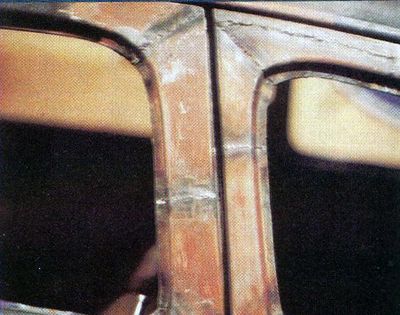 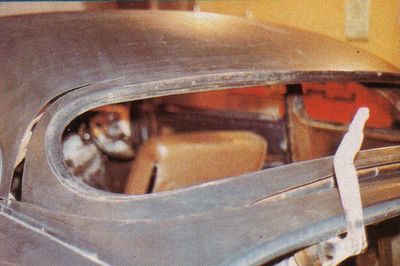 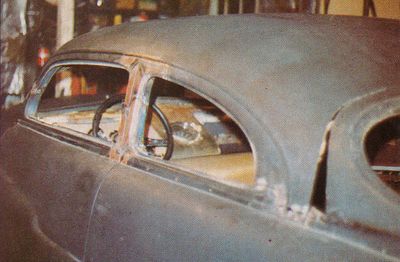 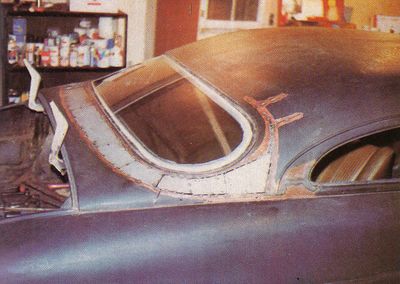 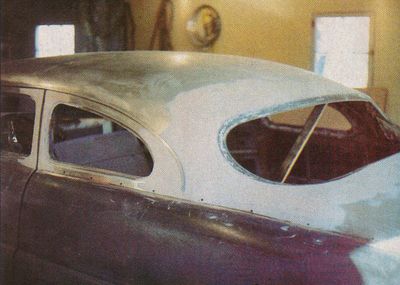 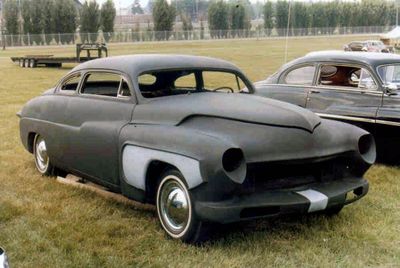 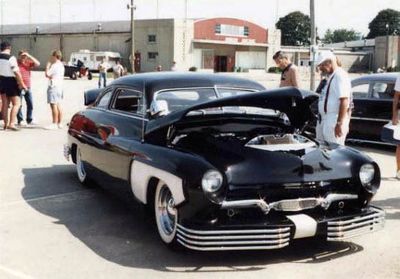 The Merc as it looked after Sterling Ashby had restored, upgraded and further restyled the Blue Mirage.[1] 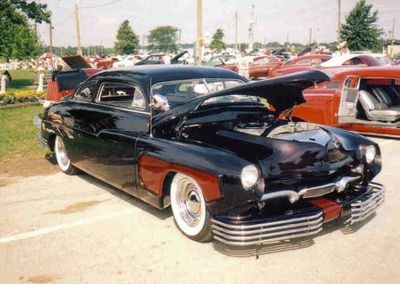 Another incarnation of the chopped version.[1]

1950 Mercury restyled by Bailon's Custom Shop for Satan's Angels member Sonny Morris of Hayward, California in 1956. The car is also known as The Blue Mirage, and it featured bumpers made by quadruple round-rods. Custom Cars September 1957 defined Sonny's bumpers as nerf bars, The rear bumper terminated in a pair of 1949 Ford bumper guards. 1956 Buick taillight lences were mounted horizontally in the rear, giving the Merc a totally new look. The car was shaved for handles and emblems and was push-button operated. The hood was peaked and a new Pancake opening was made. Heart shaped brows were welded on to the frenched headlights. The grille bar was from a 1956 Plymouth. The Merc was dropped by cutting the coils 1 1/2 inch and by installing 6 inch lowering blocks. The side trims were removed and dual Appleton spotlights were added. Sonny swapped the stock flathead with a 1952 Oldsmobile engine connected to a Hydramatic transmission. The interior was done in blue and white Naugahyde by San Leandro Seat Cover Center of San Leandro, California. The body was painted Mirage blue once completed.[2]

The Merc was awarded at the Grand National Roadster Show both in 1960 and 1961.

Sterling Ashby of Hugo, Minnesota found the car in 1973. After finding it, Sterling restored and rebuilt the old custom. The Blue Mirage was upgraded mechanically during the rebuild, and received a 327 cubic inch Chevrolet engine, a Camaro rear axle and a Pontiac Ventura front subframe. Some of the work was done by Joe Bailon, who first restyled it in 1956. Joe worked on the car in 1986. During the restoration, the Merc was also chopped by Carl Zechbauer.[4]

Please get in touch with us at mail@kustomrama.com if you have additional information or photos to share about Sonny Morris' 1950 Mercury.