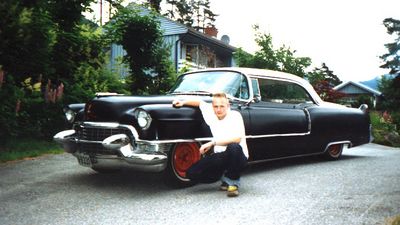 A photo of Sondre with his Cadillac taken circa 2000. Photo by Tarjei Skræi. 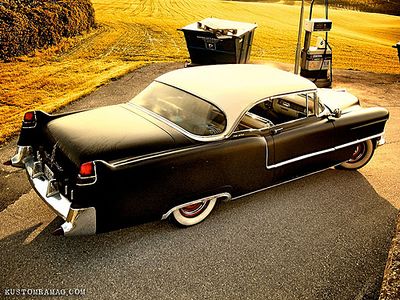 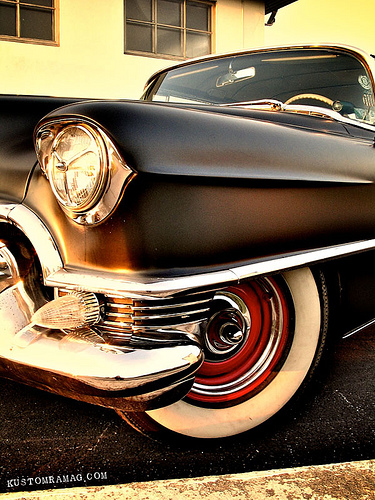 1955 Cadillac Coupe DeVille owned by Coupe Devils member Sondre Kvipt of Fyresdal, Norway. Sondre bought the car as a beaten stocker in 2000, and restyled it with good help from his brother Kjetil Kvipt. The car was imported to Norway in 1983. When Sondre got the car it was painted yellow with a white roof. Sondre sanded the car down, and Kjetil laid a satin black paint on it. Sondre used the car, also known as the "Coupe Devil" as his daily driver while he was in high-school.

Sondre sold the car in order to get money for his Tucker project, but ended up buying a 1937 Willys instead.

Please get in touch with us at mail@kustomrama.com if you have additional information or photos to share about Sondre Kvipt's 1955 Cadillac.