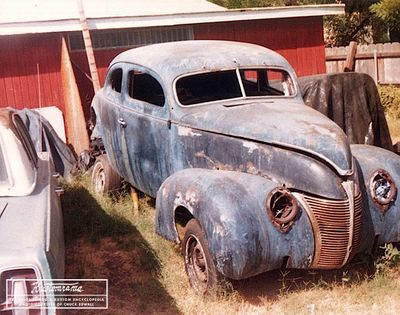 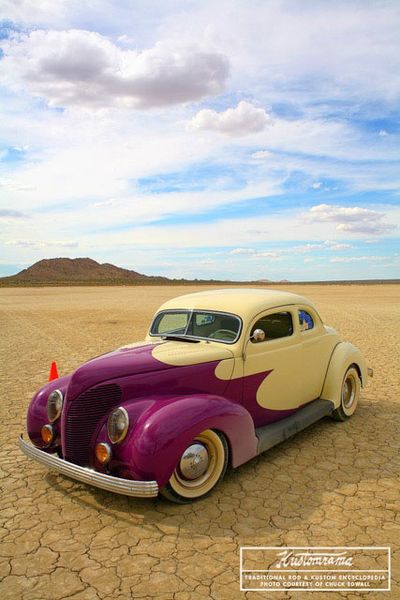 A photo of the coupe taken at El Mirage. Photo courtesy of Chuck Edwall. 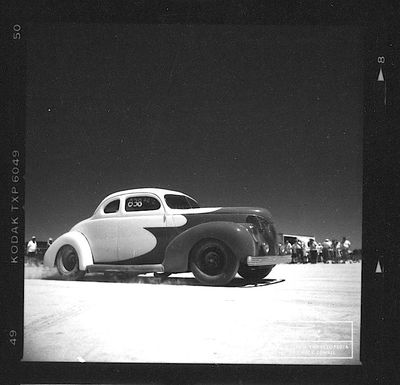 A photo of the coupe taken at Muroc dry lake in 1998. His dry lakes record at the time was 152 mph. Photo courtesy of Chuck Edwall. 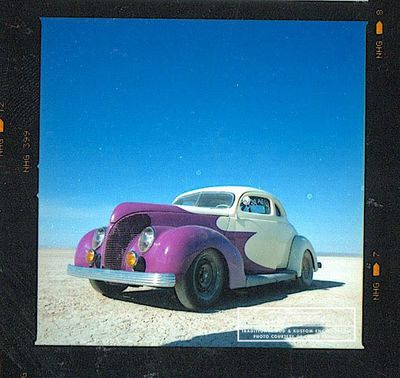 Chuck racing the coupe at Bonneville in 2002, setting a 157 mph record with the car. Photo courtesy of Chuck Edwall. 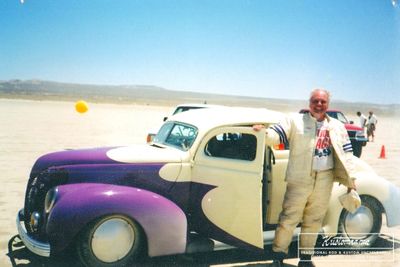 A photo of Chuck with the coupe at El Mirage dry lake in 2003, when he broke the 162 mph record. Photo courtesy of Chuck Edwall. 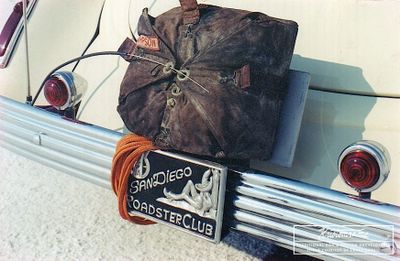 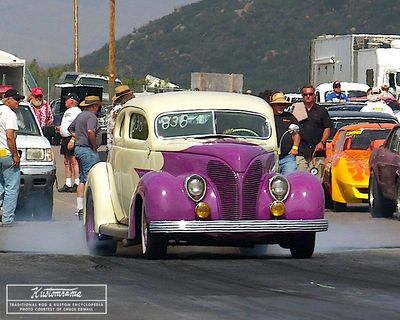 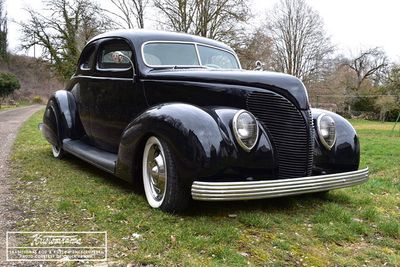 A photo of the coupe taken in France in 2018. Chuck drove the coupe for 34 years before he sold it to a guy in France who turned it back into a taildragger and painted it black. "Wish I had it back," Chuck told Kustomrama. Photo courtesy of Chuck Edwall.

Sid's coupe was restyled by John Vesco of San Diego, California. John ran Vesco Body Shop in San Diego, and the coupe was originally built as a custom taildragger in 1948. "The top was chopped 4 inches and the hood sides and upper grille were hammer welded shut," later owned Chuck Edwall told Sondre Kvipt of Kustomrama in 2016. The door handles were also shaved, and John installed 1937 DeSoto bumpers front and back.

San Diego Roadster Club member Chuck Edwall found the car in a backyard in San Diego in 1985. "My Ford sat derelict for 30 years before I found it," Chuck told Kustomrama. "It had no engine or transmission, and it ran the original banjo rear end. It had dual Appleton spotlights too." The 38 was the first and last custom of John Vesco that Chuck ever saw for sale, so he decided to snap it up.

Built into a hot rod

Being a Bonneville and El Mirage racer, Chuck built the Ford as a hot rod with a 500 cubic inch Cadillac engine, Turbo 400 transmission, and a nine-inch Ford rear end. He boxed the chassis and added a 4 link rear suspension, and an Ed "Axle" Stewart dropped axle before he louvered the hood, filled the side panels and painted and de-chromed everything. Chuck also added 1941 Studebaker taillights and reained the small bullet lights next to the rear license plate. It took Chuck the better part of a year to get the coupe running.

Chuck drag raced it, often turning a respectable 11 second quarter mile at 139 mph. "My El Mirage speed is 162 mph on the dirt. One unique feature of my racing was and is my Ford was street driven to and from the drags, dry lakes and Bonneville. It has been on a trailer twice after I blew it up at Bonneville and El Mirage."

Turned back into a taildragger

Chuck drove the coupe for 34 years before he sold it to a guy in Sacramento who painted it black and turned it back into a taildragger. He sold it to Phillipe Steinmetz in France. "Wish I had it back," Chuck told Kustomrama.

Please get in touch with us at mail@kustomrama.com if you have additional information or photos to share about Sid Angel's 1938 Ford.