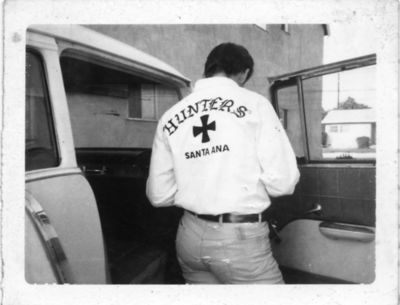 A Hunters member with his club shirt. Photo taken in March 1967. Photo from the HAMB.[1] 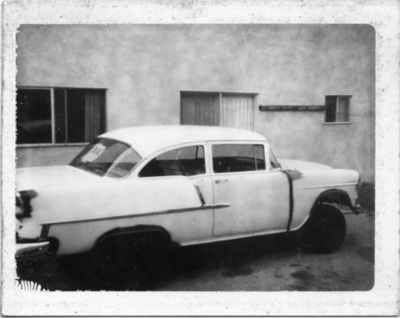 The car above. Photo from the HAMB.

The Hunters was a car club from Santa Ana, California. The club was started in 1961, as a community service car club and racing team. Before that it was a Santa Ana High Social Club. Allan Zale was the President for a time; "Our jackets were grey with black lettering. The shirts were white with an altered iron cross that was offered up by Member Mike's grand father who received it in World War one with the American army. The club had an average of 50 plus members. MOst all had cool cars."[2]

Please get in touch with us at mail@kustomrama.com if you have additional information or photos to share about Santa Ana Hunters.