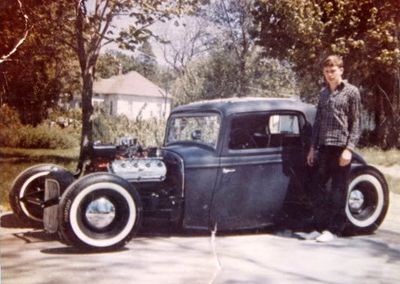 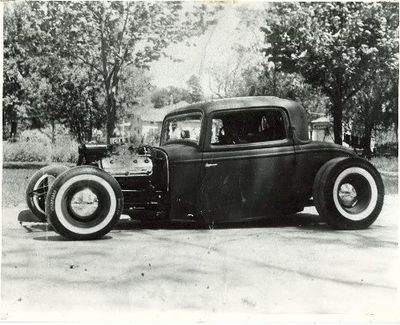 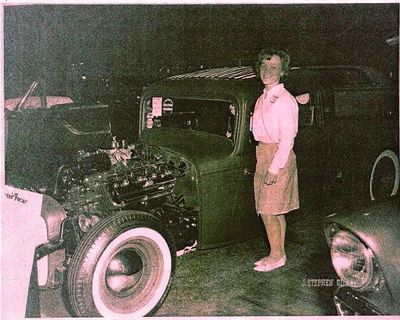 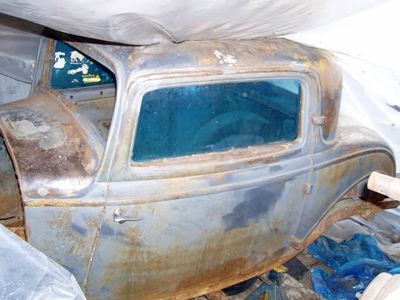 The Coupe as it sat in 2009 when Kathy Isam bought it. 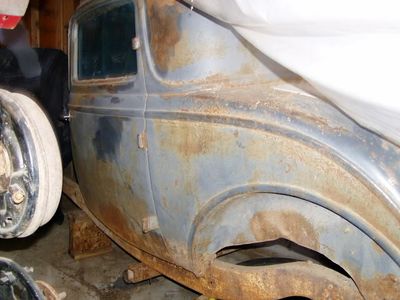 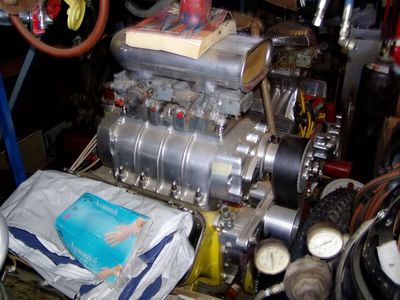 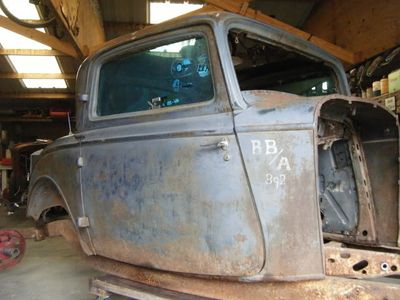 The Coupe unloaded in Kathy's garage 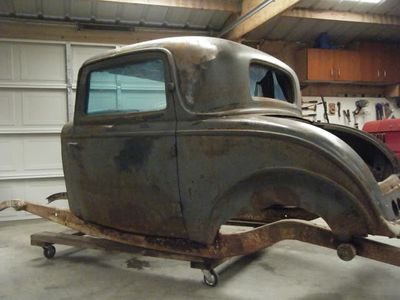 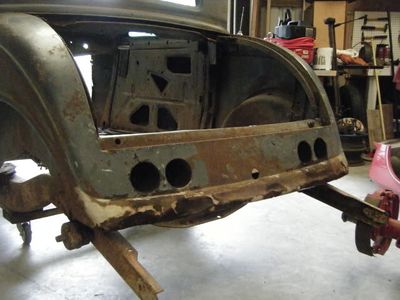 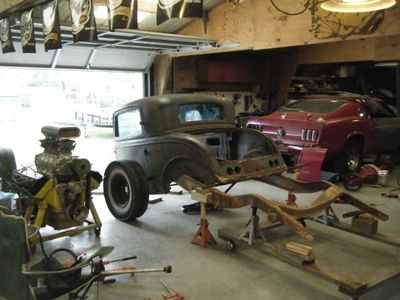 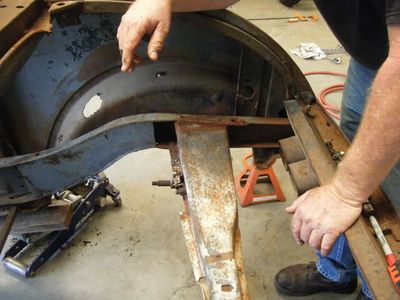 The frame had to be bobbed in order to fit, so Kathy decided to use another 1932 Ford frame that she had. 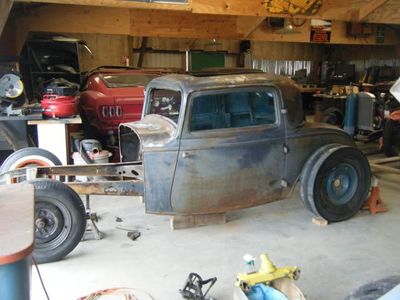 The new frame mocked up under the coupe. 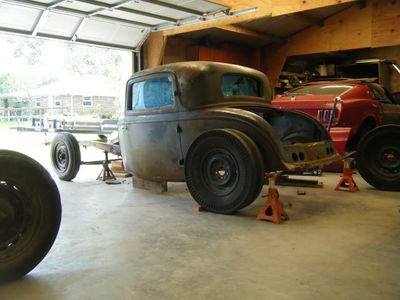 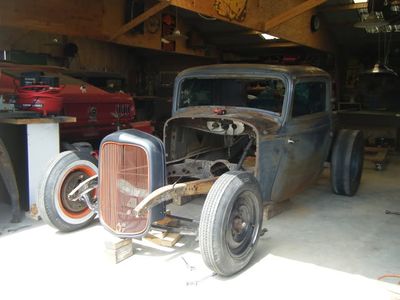 1932 Ford 3 WIndow Coupe originally owned and restyled by Ron Bettin of Norfolk, Nebraska. Ron bought the car around 1955. He was about 12 years old, and saved the coupe from going to the dirt track. Ron paid $100 dollars for the car, and made payments. When he finally paid it off, he and a friend pulled it home with ropes and bicycles. Ron started to work at a salvage yard where he found a 1958 Chrysler Imperial 392 cid Hemi engine that he installed in the car.[1] Ron boxed the stock frame, and the body was then channeled 11 inches over the frame rails. The suspension was reworked, and Ron rode on tube shocks all around. The stock grille was sectioned, and a rebuilt 1946 Ford radiator was used to cool down the Hemi. The engine was hooked to a 1956 Plymouth stick transmission. A 1939 Ford rear end was modified to accept an open driveshaft. Fuel system was a Moon pressure set up. Quad cycle head lamps were used up front, while tunneled quad Cadillac taillights were used in the rear. Inside, Ron's coupe featured a black and white rolled and pleated top insert and seats. The car rolled on 6.50 Armstrong racing tires up front, and Inglewood racing slick on the reversed rear wheels.[2]

Sometime after completing the build, Ron started drag racing his coupe, and he installed a blower on the Hemi. He raced with the big boys in California, and in 1966 he started to dream about becoming a member of the prestigious 200 MPH Club. He took the car apart in order to accomplish his goal. The dream was abandoned, and the car sat disassembled until 2009. In 2009 Kathy Isam found the car and, bought it from Ron's widow. The original wheels, tires, Moon hubcaps, grille, dropped axle, and the aluminum firewall came with the car when Kathy bought it.[1]

September 2009 Kathy began to work on the car. The frame had to be bobbed in order to fit, so Kathy decided to use another frame she had lying around that already had been cut on. The cuts were estimated, and the frames were eventually swapped. With help from good frineds the Coupe was rollable by the end of 2009.

Please get in touch with us at mail@kustomrama.com if you have additional information or photos to share about Ron Bettin's 1932 Ford.