Road Lords of So. Cal. 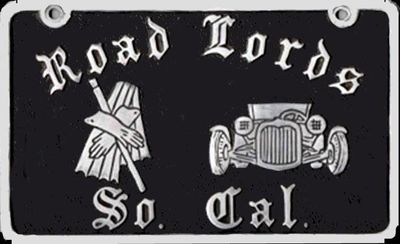 A Road Lords of So. Cal. plaque. Photo courtesy of Ray James. 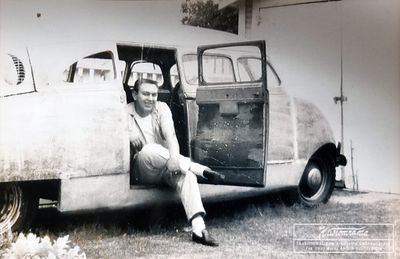 A photo of Cliff Riehl in a Stout Scarab that the Los Angeles Police Department donated to the club. "We never had enough money to make it look good again," Cliff told Sondre Kvipt of Kustomrama in 2020. "It was in good shape, but still, it needed a lot of work." The club never completed the project, and Cliff believed the Police Department ended up taking it back. Photo from The Cliff Riehl Photo Collection. 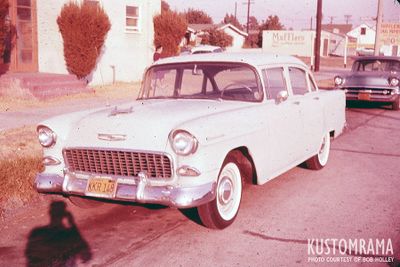 Bob Holley's 1955 Chevrolet 4 door sedan. The car was a "plain jane", but it had a Public Adress system where Bob could tune the radio to a station, and the sound would be heard outside the vehicle; "The Public Address set up was one part, and from inside the car you could talk over it, as well as hear the police calls. The day of the Car Show and Dance at Disneyland, a couple of the others in the Road Lords, drove it around the huge parking lot there, telling everyone about our event, and if they bought tickets from us, they not only got to see all the cars, go to a dance, but they were also good to let you into the main part of Disneyland, so kinda two for one" Bob told Kustomrama in 2016. Photo courtesy of Bob Holley. 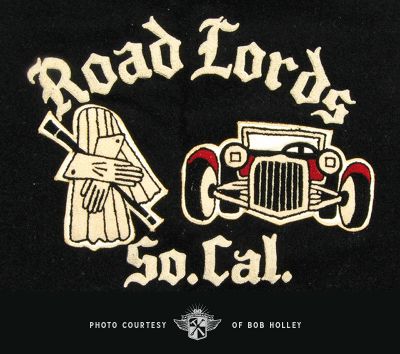 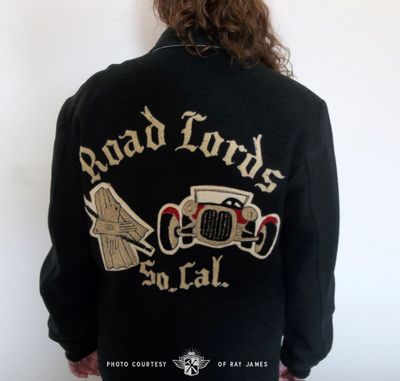 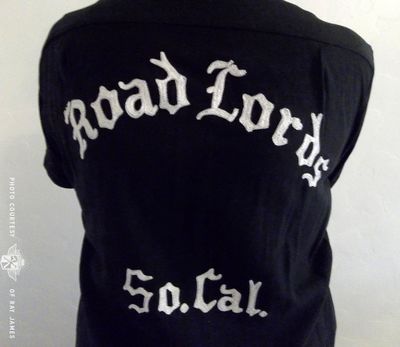 A photo of an old club shirt belonging to Ray James. Photo courtesy of Ray James. 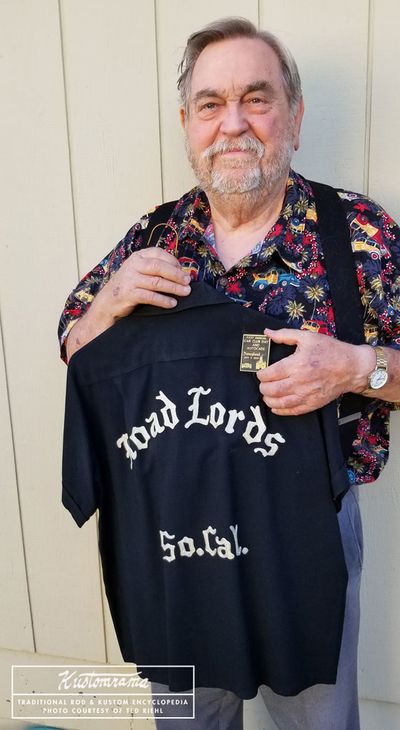 A photo of Cliff Riehl with his old club shirt taken in June of 2020. Cliff is also holding his plaque from the Disneyland Car Club Day and Autocade in the photo. Photo courtesy of Ted Riehl. 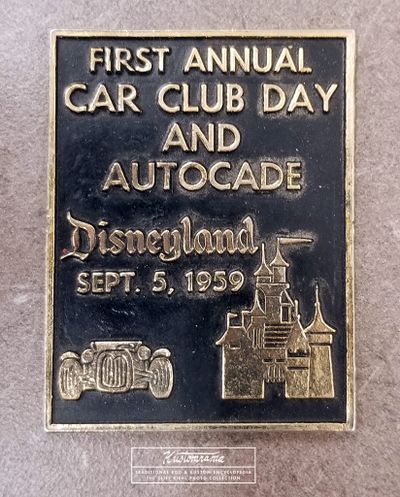 Cliff Riehl's plaque from the first, last, and only Disneyland Car Club Day and Autocade. Photo courtesy of Ted Riehl.

The Road Lords was a car club out of Southern California that was sanctioned by the Los Angeles Police Department Advisory Council. September 5, 1959, the club held a legendary car show at Disneyland called Disneyland Car Club Day and Autocade. The show was a one-day event that found place at Holidayland. At the time, the club consisted of about 12 members. Tom Wolley was the President.[1]

The club used to hold meetings at David Kennelly's house.[2]

The Los Angeles Police Department donated a Stout Scarab project car to the club. "We never had enough money to make it look good again," Cliff Riehl told Sondre Kvipt of Kustomrama in 2020. "It was in good shape, but still, it needed a lot of work." The club never completed the project, and Cliff believed the Police Department ended up taking it back.[3]

Please get in touch with us at mail@kustomrama.com if you have additional information or photos to share about Road Lords of So. Cal..