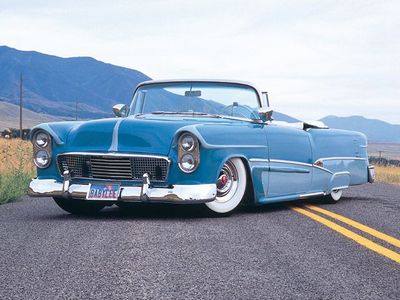 Nick's Chevrolet as it appeared after Bo Huff had cut the top off of it and transformed it into a clone of the old Sam Barris custom. Photo courtesy of Super Chevy. 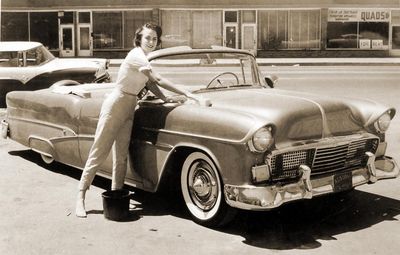 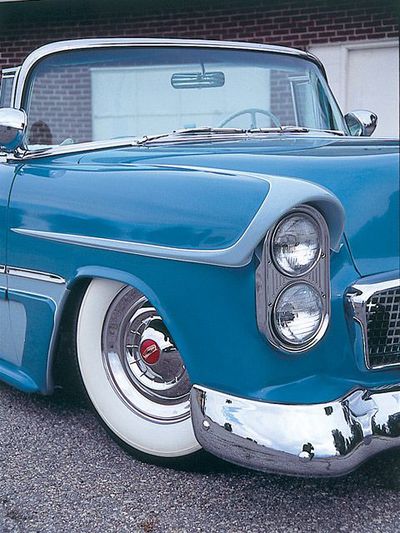 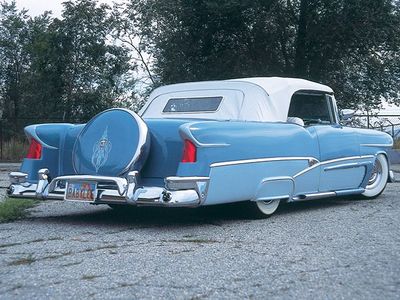 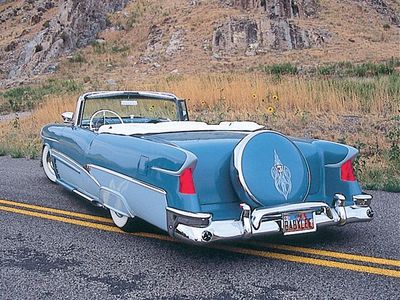 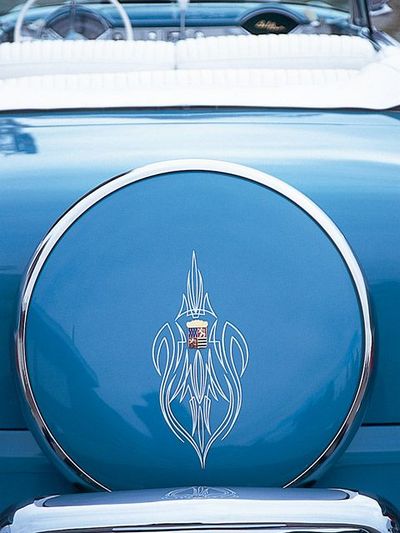 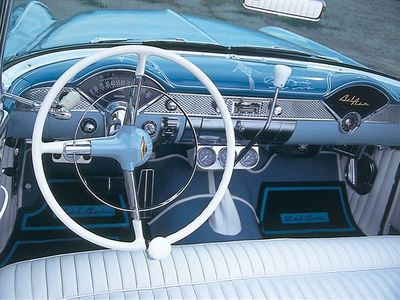 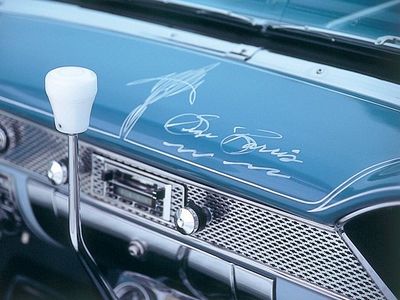 George Barris signed the dash on the car for Nick. Photo courtesy of Super Chevy. 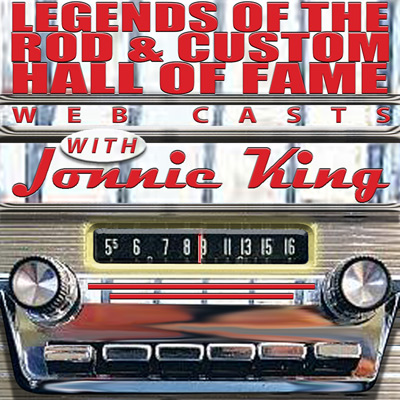 1955 Chevrolet convertible restyled by Bo Huff at Bo Huff Customs for Nick Phillips. In 2002 Nick walked into Bo's shop, telling him that he wanted to build a custom car. Nick was open to suggestions, so Bo told him about an old Dragerton custom he remembered from his teenage days. The car was a 1955 Chevrolet that belonged to Stan Robles, a buddy of Bo. Stan's Chevrolet was originally built by Sam Barris of the Barris Kustoms fame, and it had been his personal driver. Bo quickly drew some sketches, and Nick was soon sol on the idea. Bo knew of a 1955 Chevrolet two-door sedan that Nick ended up buying for the build.[1]

Bo spent the next 16 months transforming the old sedan into a clone of Stan's modified version of the old custom. The Barris modifications were first carefully replicated. A 1956 Chrysler grille frame was installed along with a custom grille and 1956 Ford trim. The rear end received a continental kit and 1956 Chrysler taillights mounted in extended quarters. Totally, the car was extended 18 inches. As Bo wanted to replicate the version of the car he remembered, canted quad headlights from a 1959 Chevrolet was installed along with frenched lakes pipes. When it was time for paint, Bo copied the famous Barris paint scheme. The paint was hand-mixed. Custom accessory included dual Appleton spotlights, hubcaps, skirts and a white tuck and roll interior. Stella pinstriped the car after it had been painted. The underside of the car was updated with a late model small block engine, air springs and disc brakes to make it more driveable.[1]

The build was completed in 2004, in time for the 2004 Grand National Roadster Show. Back in 1957 Sam's Chevrolet won the Convertible Class at the show. Nick won the same class with his Chevrolet in 2004.[1]

Please get in touch with us at mail@kustomrama.com if you have additional information or photos to share about Nick Phillips' 1955 Chevrolet.