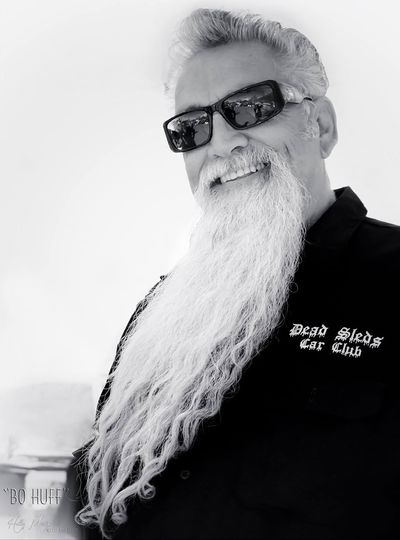 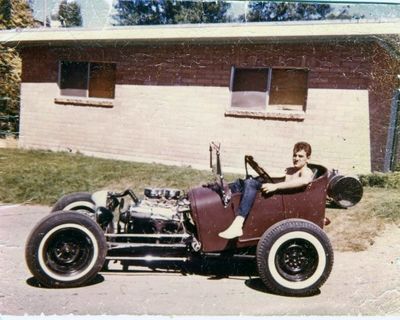 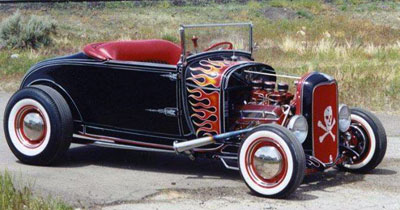 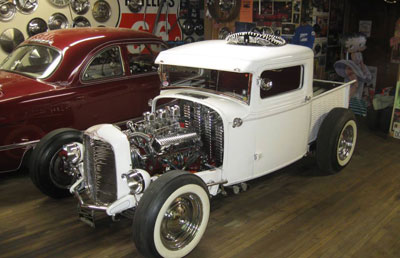 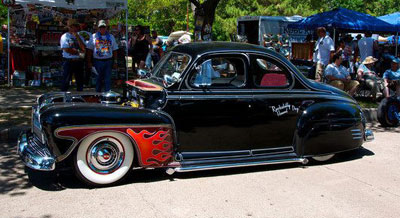 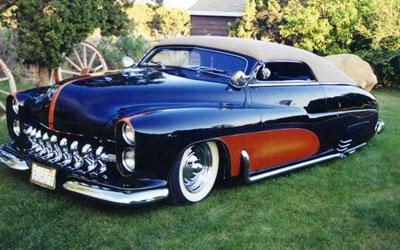 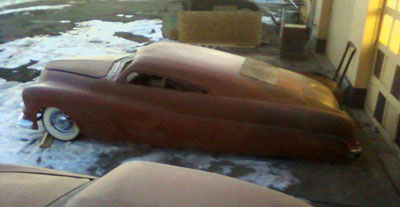 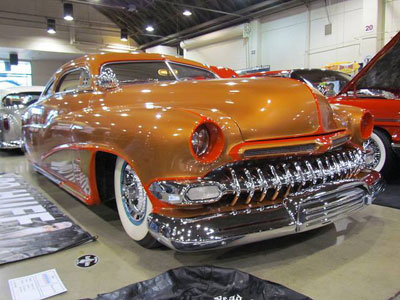 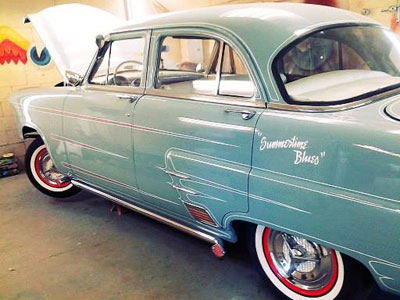 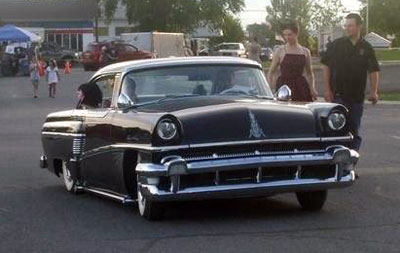 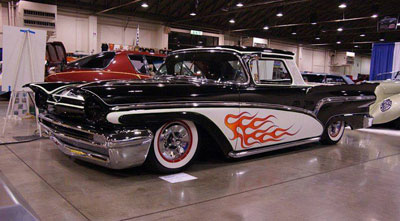 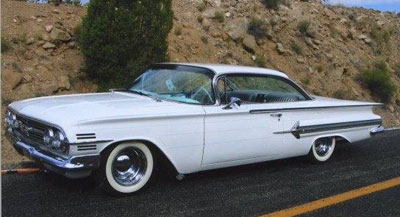 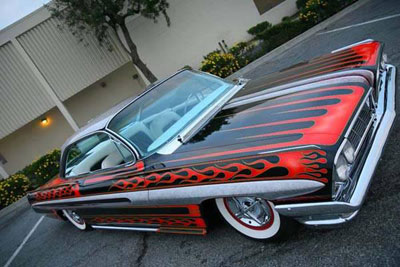 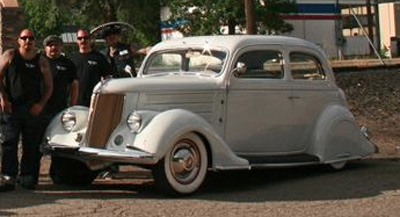 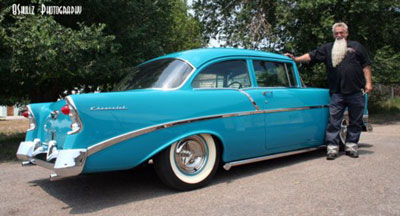 Gerald Douglas "Bo" Huff (March 12, 1943 - August 4, 2015) was a legendary custom car painter and fabricator. Born to Gervis and Corene Huff, Bo was born in Clarksville, Arkansas. He was the middle son of three children.[1]

In 1951, when Bo was in the 4th grade, the family moved to Dragerton, Utah, where his father found employment in the coalmines. He first took an interest in cars after watching the older guys in town with their lowered cars.[2] Bo spent his teenage years in Dragerton, Utah during the 1950's. Carbon County Utah had quite a fair amount of customs and hot rods during those days. One of the first cars to receive Bo's magic touch was a 1950 Dodge. The Dodge mods were simple. It had heated springs and swapped out bumpers from a 1949 Plymouth. He was 18 at the time. "I was always looking at the older guys in their lowered cars and loved them," says Bo. During this time he used to go on rides along with the other guys in their lowered Carbon County Customs. It was then that he started to develop his keen eye for body mods. Bo would then suggest trying out different styles of modifications to these guys. And most of the time they would listen and their cars would turn out quite pleasing to the eye. This was the start of a life long auto addiction for this young teenage boy. Following his passion for cars, Bo and Stan Robles left Carbon County in the early 1960s to attended a body and fender school in Denver, Colorado. It was in those days that Stan Robles owned Sam Barris' 1955 Chevrolet convertible. Upon finishing school in Denver, Bo then moved back to Utah, but this time settled in Salt Lake City. He promptly bought a 1927 Ford Model T, and worked on it off and on for the next 10 years of his life. Bo recalls his first time in Salt Lake City State Street was the place to be. Bo recalls it was like a car show back then. What with all the under slung primered customs,painted customs and Hot Rods. "We would all cruise to Don Carlos' and Fred & Kelly's, those were the hot spots on State St." After painting and lowering many a car in Utah, Bo then moved to Orange County, California during the mid 1960's. It was in Orange County that Bo would open his own custom car shop called Bo's Paints. In his shop the cars would be nosed, decked, shaved, lowered and then the all important metal flake paint would be applied. And then you would have a work of art on wheels. During the 1970s Bo toured the country, and he ended up in Fayetteville, Arkansas, where he opened up another shop. It was there he did many a sub frames, chop tops and flame jobs. In the early 1980s Bo opened up a custom car shop in Lincoln, Arkansas. He then moved back to Dragerton, working in the coalmine where his father had worked for 23 years. After a while he decided coalmining wasn’t for him and opened a custom car shop in Sunnyside. He became a member of the Dead Sleds car club, and he was inducted into the National Rod & Custom Hall of Fame and the Kustom Kemps of America Hall of Fame.[1]

August 4, 2015, at age 72, Bo passed away at his hime in Dragerton, after a 5 year battle of cancer. Bo was still busy building hot rods and custom cars when he passed away.[2]

Please get in touch with us at mail@kustomrama.com if you have additional information or photos to share about Bo Huff.