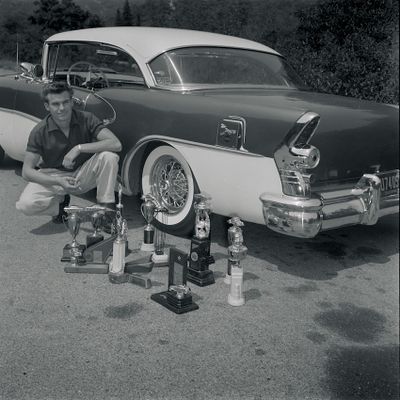 A photo of Merlin with the Dragon Wagon from the The Petersen Publishing Digitization Project. Photo courtesy of Petersen Automotive Museum. 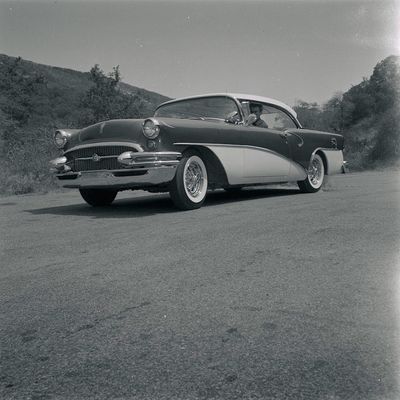 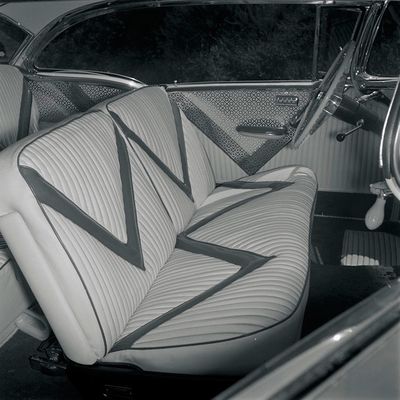 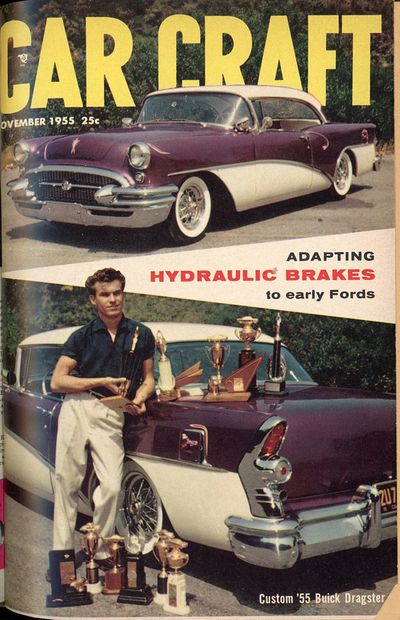 Merlin's Buick was featured on the cover of Car Craft November 1955.

1955 Buick owned by Merlin Windham. In October of 1954 Bob O'Leary of O'Leary Buick dealership in Downey, California gave Merlin a car he could restyle hoping it would boost his sales. Merlin restyled the car by filling the fender portholes. The body was then de-chromed by removing the badges on the hood, side and trunk before the car was lowered at the O'Leary Body Shop. Barris Kustoms rerouted the exhaust tips through the taillight housings, giving the car the appearance of the super deluxe Buick models. Once the bodywork was done, the car was given a coat of purple and white paint. Inside it received a custom interior by Gaylord's Kustom Shop. Von Dutch completed the build, adding an array of surrealistic images. One of which, included a snarling dragon's head on the side of the car.[1]

Once completed, Merlin's Buick was dubbed the "Dragon Wagon." It won trophies at Southern California drag strips and auto shows, and it even landed the cover of Car Craft November 1955. It was also featured in the 1955 International Motor Revue at the Pan Pacific Auditorium in Los Angeles, California.[1]

Please get in touch with us at mail@kustomrama.com if you have additional information or photos to share about Merlin Windham's 1955 Buick.