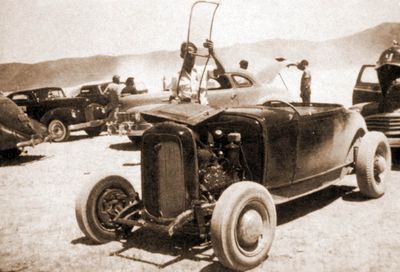 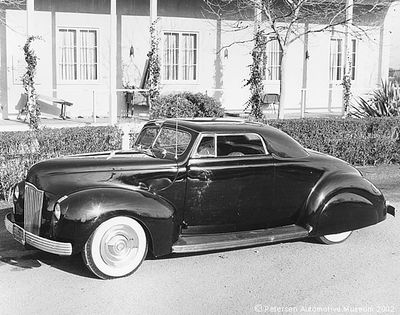 Mel's 39 as it appeared when it was featured in Rod & Custom May 1954. Photo by George Barris. 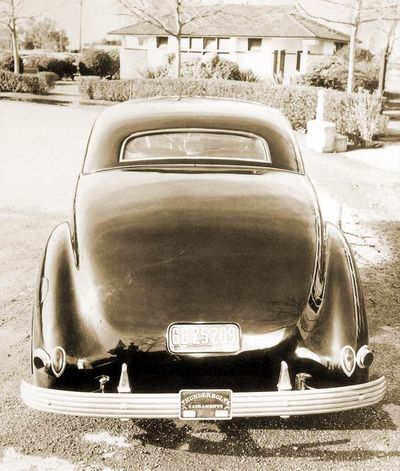 The deck lid was molded to the body to eliminate all the body seams. Photo by George Barris. 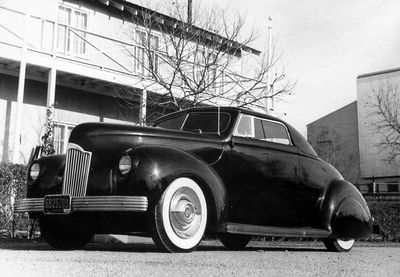 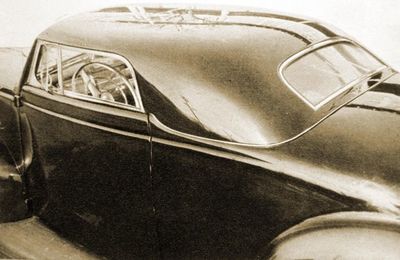 The lift-off top was constructed by using a 1940 Chevrolet top with a 1941 Plymouth rear window. Photo by George Barris. 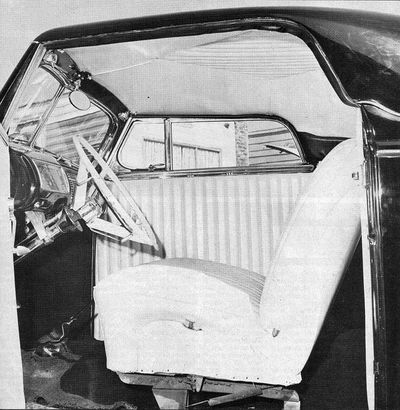 The upholstery was nicely done in white. 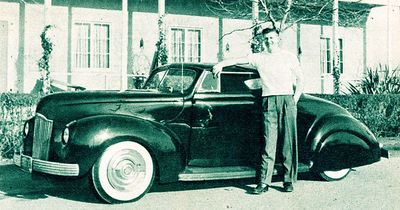 Bruce Glenn next to his Jet Black Coupe. Photo by George Barris. 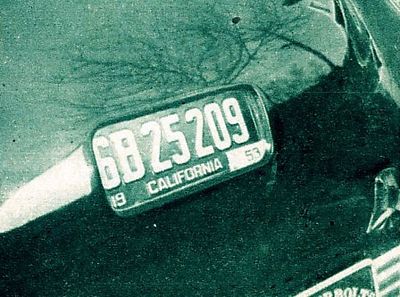 The inset license plate was lighted uå by a small bulb hidden just above the opening. Photo by George Barris. 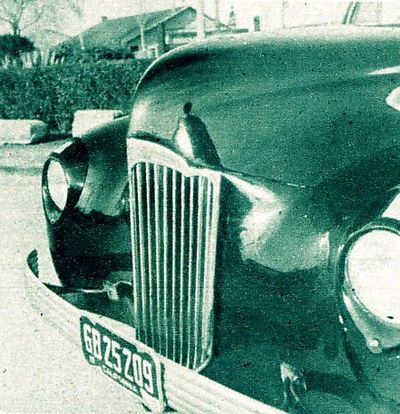 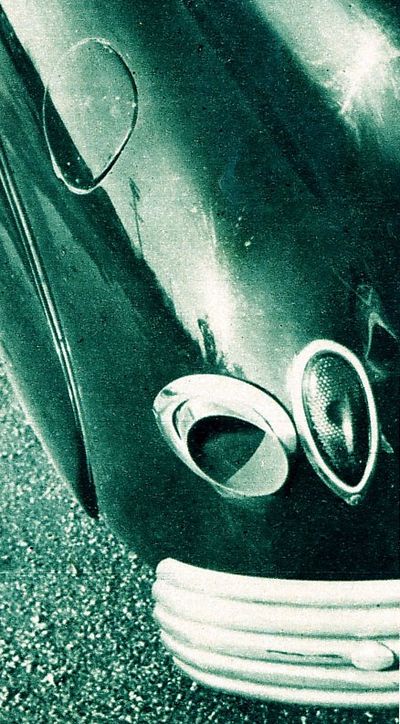 The exhaust was extended through the fender next to the taillights. The 1941 Ford gas door was a modern modification in 1945. Photo by George Barris.

The buttons for the doors are located on the running boards for the convenience of the driver. Photo by George Barris. 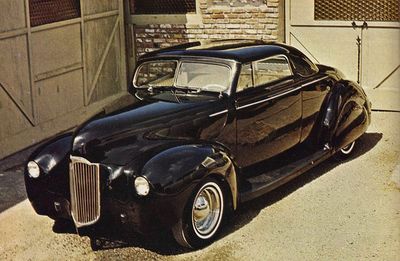 Some minor modifications were done to the Ford in the 1980's such as frenching the headlights and removing the bumpers. 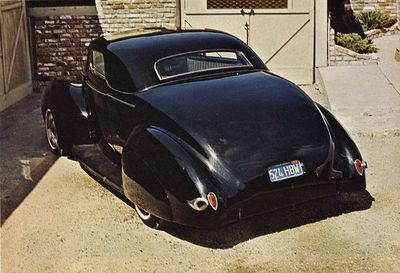 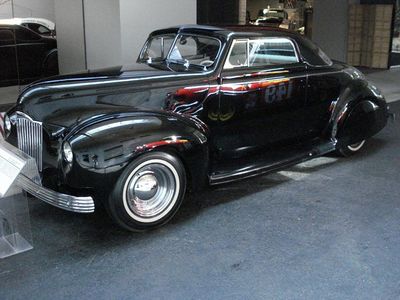 Today the car is displayed at the National Automobile Museum in Reno, Nevada. The car is almost like it was when it appeared in Rod & Custom May 1954. 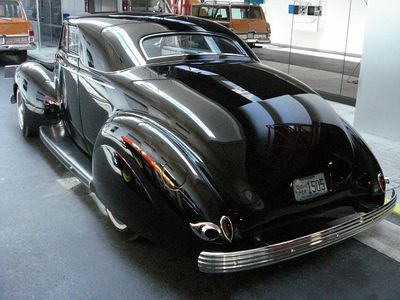 1939 Ford built by Harry Westergard for Thunderbolts member Mel Falconer of Sacramento, California in early 1945. This car is probably the most famous of all Westergard's customs. The door handles were removed in 1945, and caused many a stare from bystanders. According to the book The American Custom Car, Falconer's Ford was probably the first custom car featuring solenoids to open the doors.[1]Mel's car featured a 1940 Packard grille, filled hood, Inset License Plate, 1937 DeSoto Ripple bumpers, leopard skin interior and full skirts. The windshield was chopped three inches and fit with a padded top. The fenders were molded to the body and the 1940 Ford headlight rims were painted to give it a cleaner appearance. Harry also filled the rear deck, an intricate operation using the torch. The gas filler neck was removed and a 1941 Ford gas door was installed. The exhaust were routed through the rear fenders. The car was painted with 17 coats of black lacquer.[2]

The engine was kept stock, but tuned to perfection. Shifting was accomplished by a 1941 Ford column-mounted unit. The steering wheel was from a 1948 Ford.[2]

Later Westergard redid the car and made a steel lift-off top from a 1940 Chevrolet Coupe top for it. The Chevrolet turret was trimmed to fit the lines of the Ford. The top was held in place above the windshield by the original Ford top clamps and in the rear by clamps similar to those used for securing steamer trunk lids when traveling. The rear window was from a 1941 Plymouth unit and the cut down side windows originated from a 1940 Ford convertible. [2]

Some minor modifications were done to the Ford in the 1980's such as frenching the headlights and removing the bumpers. Today the car is displayed at the National Automobile Museum in Reno, Nevada. The car is almost like it was when it appeared in Rod & Custom May 1954.

Please get in touch with us at mail@kustomrama.com if you have additional information or photos to share about Mel Falconer's 1939 Ford.