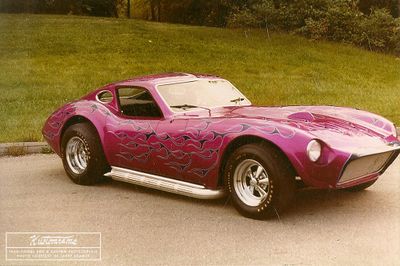 Larry Kramer's Kellison Panther. Larry built this in the mid 1960s. "This was the first scratch build car I did," Larry told Sondre Kvipt of Kustomrama in 2020. Photo courtesy of Larry Kramer. 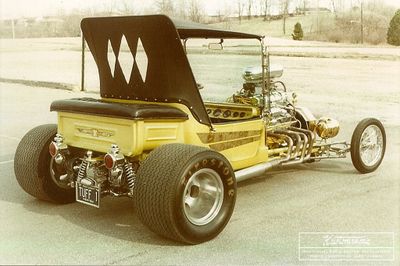 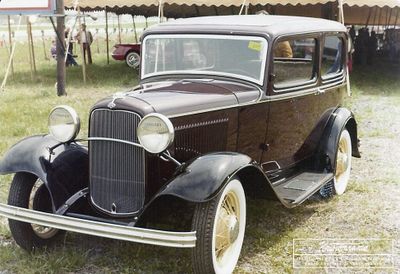 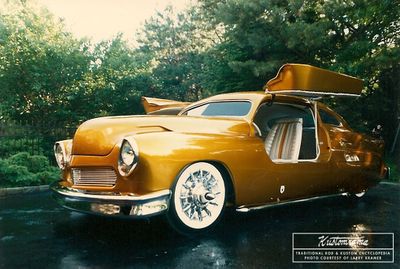 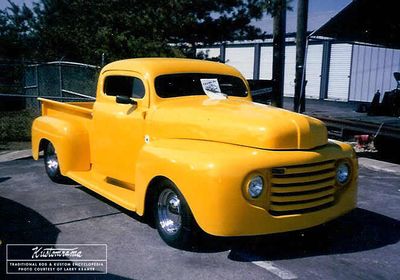 A 1950 Ford pick up that larry restyled for Don Jones. Photo courtesy of Larry Kramer. 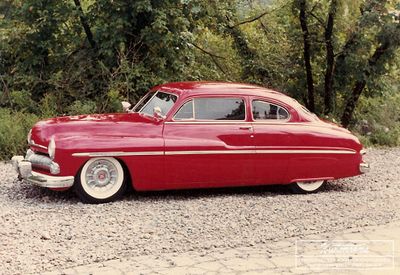 One of Larry's 1950 Mercury customs. Photo courtesy of Larry Kramer. 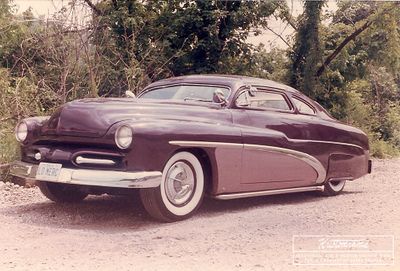 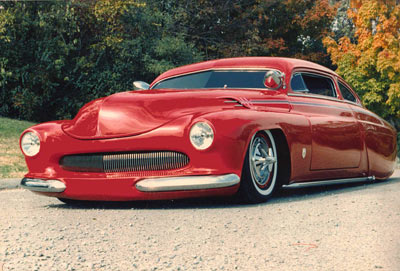 Another one of Larry's 1950 Mercury customs. He won the King of the Mercs with this in 1989. Photo courtesy of Larry Kramer. 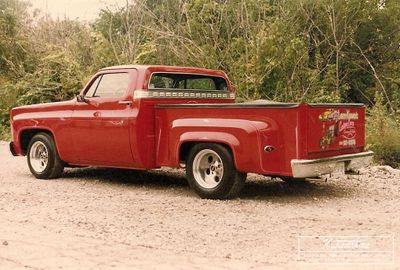 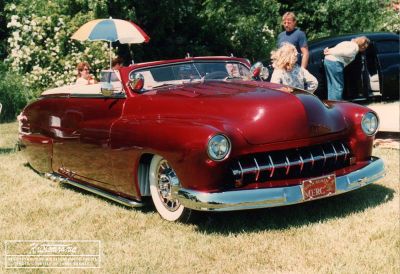 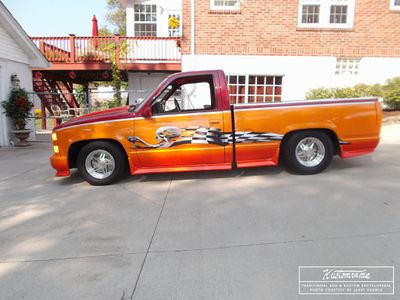 Larry Kramer's 1990 Chevrolet Truck. Larry bought this brand new and he still owned it in 2020. Photo courtesy of Larry Kramer. 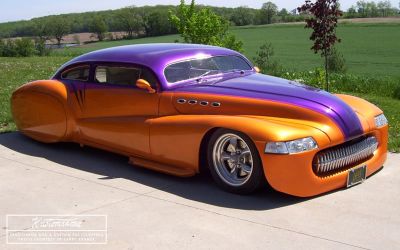 Larry Kramer's 1947 Buick Roadmaster. Larry built this in 1991. Later on, he sold it to Bob Vergin who repainted it orange and purple. Photo courtesy of Larry Kramer. 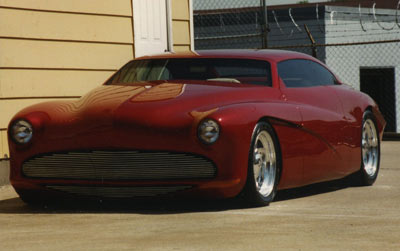 Larry Kramer's 1949 Mercury. Known as "Merrodder," Larry's Merc won the "King of the Mercs" award in 1994. "This was a two-year build," Larry told Sondre Kvipt. Once completed it landed the cover of Hot Rod Magazine December 1993. It was also featured at the Hot Rod Magazine booth at the 1994 SEMA show. It was also a feature car at the Grand National Roadster Show where it won the Sam Barris Memorial Award. Photo courtesy of Larry Kramer. 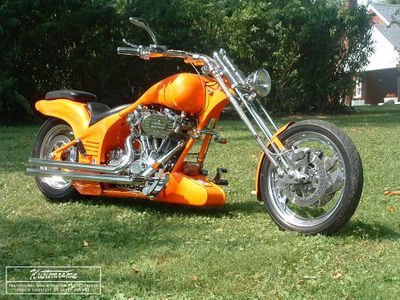 A scratch build soft tail chopper that Larry built in 1994 while he lived in Tennessee. Photo courtesy of Larry Kramer. 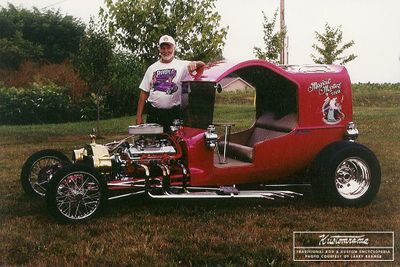 Larry Kramer's 1923 Ford Model T C-Cab. Larry built this in 1995. He sold it to a man near Chicago. It was involved in a wreck the following day, and Larry doesn't know if it ever got repaired. Photo courtesy of Larry Kramer. 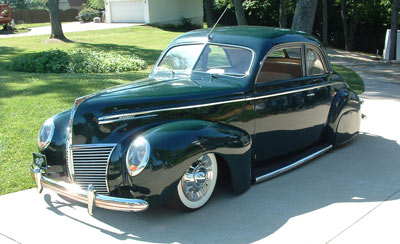 Larry Kramer is a well-known custom car builder from Independence, Kentucky. Larry did a lot of model cars as a kid, and he got into customs when he was in grade school. "I would go to the YMCA on Saturdays to learn how to swim," he told Sondre Kvipt of Kustomrama in 2020. He picked it up pretty quick, and when he came out of the swim classes he would go to Woolworth's drug store and buy car books. "Rod & Custom, Car Craft, Rodding and Re-styling. These books were 25 cents and each month there would be a How-to-do article with photos showing you how to do various things to cars." Larry would lie in bed at night reading his magazines, storing the articles in his brain. "I got my first car when I was 16 years old, and I started doing things to it that these books taught me how to do." Larry's first car was a red 1950 Plymouth convertible that he lowered, nosed, decked, and shaved for door handles in 1957. He also frenched the headlights, removed the original taillights, replacing them with 1950 Ford taillights that he placed vertically beside the deck lid. Up front, he added three 1953 Chevrolet grille teeth to the stock Plymouth grille. "They fit perfectly and changed the looks of the front of the car."[1]

Larry's first custom build was a Kellison Panther that he built in the mid 1960s. For many years he would run Larry Kramer Custom Cars Inc. in Cincinnati, Ohio, and his first radical build was a 1950 Mercury that he won The King of the Mercs award with in 1989. In 1991 he sold the property and moved to Tennessee. "I moved back to Kentucky in 1999 when my father became ill." Larry turned 79 in March of 2020. At the time he had been retired from custom car building for about 22 years. "I don't do any work anymore as I tore my tendon and rotator cup I think in 2002. That was the worst thing that ever happened to me in my life. It took away my livelihood and finished me off from doing any builds." After his mother and father passed away, Larry moved into the house that his father built. The house that he grew up in. Larry still have every book he ever bought stored in his garage. He also has many of his old model cars. "I always loved cars, and it turned out to be my trade and my mission in life to build and customize cars. God blessed me with a natural talent that I became good at. I loved building cars."[1]

Please get in touch with us at mail@kustomrama.com if you have additional information or photos to share about Larry Kramer.