As it appeared in Amcar Februar 2003. 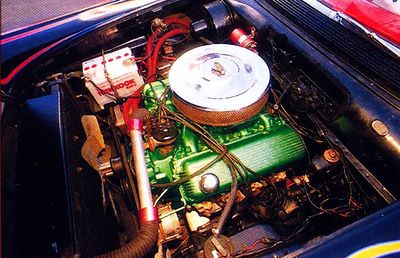 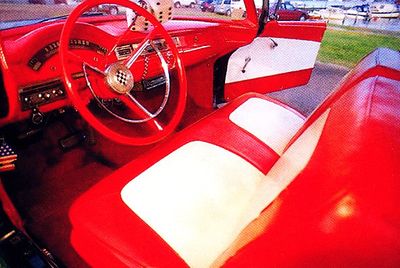 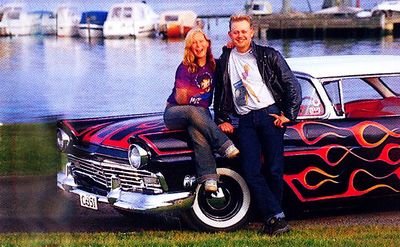 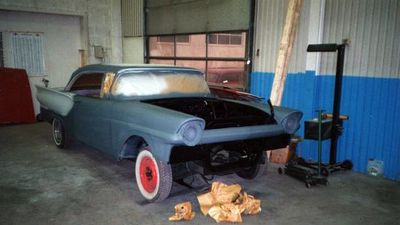 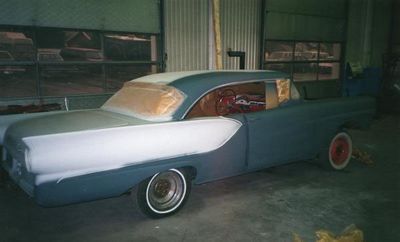 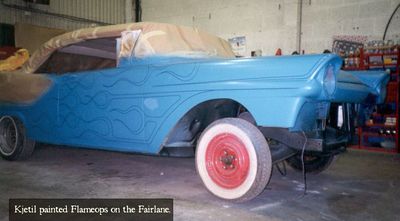 The blue was painted to use as lining for the flames. 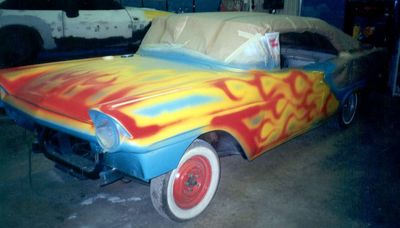 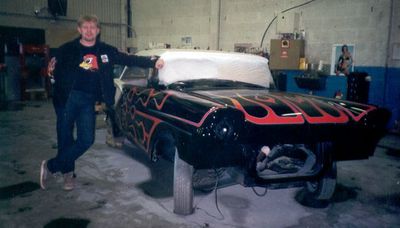 Kjetil next to the Ford. 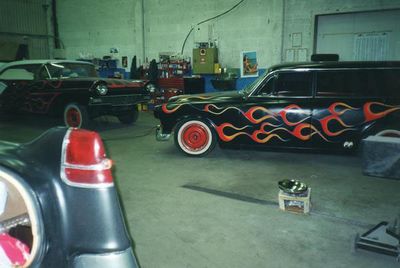 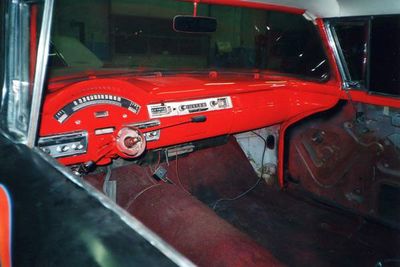 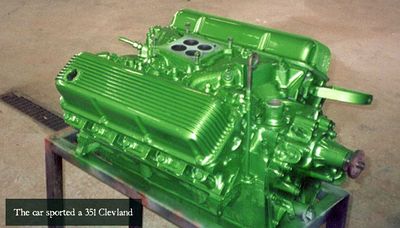 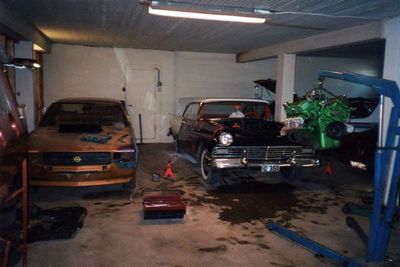 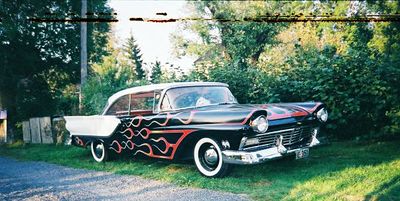 Spring of 2002. Photo by Kjell-Sverre Pettersen. 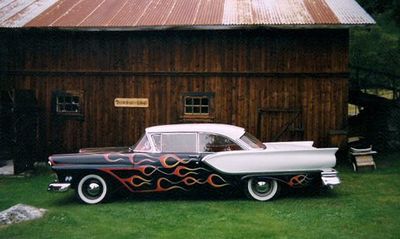 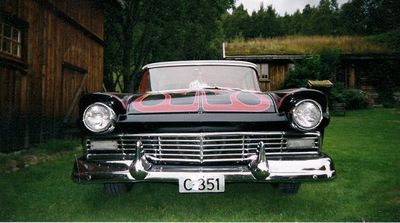 1957 Ford Town Victoria owned and restyled by Coupe Devils member Kjetil Kvipt of Fyresdal, Telemark, Norway. Kjetil bought the Ford in the autumn of 2001, by then it was painted red and white. Kjetil traded away his 1965 Buick Skylark for the Ford and a chopped 1966 Volvo Amazon with a fellow from Sandefjord. The guy Kjetil traded the car from, only owned it for 10 minutes after purchasing it from Aasmund Sporastol of Larvik. The rough Ford had stood neglected outside for years. The car came to Norway in 1987, and swapped owners many times before Kjetil got hold of it. The side windows were smashed, and the car smelled terrible inside. The rear axel was changed one time on the car, and the new axle was wider than its original. The old owner solved this problem by cutting off the rear wheel bows. The rear fenders had been changed as well during its lifetime, and this was welded in on sort of weird way. The emblems were already removed, and the holes were welded.

Before christmas, 2011 Kjetil began welding the rust and do the bodywork on it. He applied primer over it and sand blocked it down again. He painted it two tone black and white and applied flame-ops on it. Flat clearcoat was applied over it. The dashboard was painted Porsche red to match rest of the upholstery. The car sported a worn out Cleveland 351 engine with a C-6 automatic transmission. Kjetil rebuilt the engine and installed a Caprice radiator to secure enough cooling. Black steel rims with baby moon hubcaps shoed with Good Year bias-ply's wrapped up the style. He kept it for two years until it was sold to the eastcoast of Norway. Aasmund Sporastol of Larvik bought the car not long after. The car was sold in September. [1]

Please get in touch with us at mail@kustomrama.com if you have additional information or photos to share about Kjetil Kvipt's 1957 Ford.