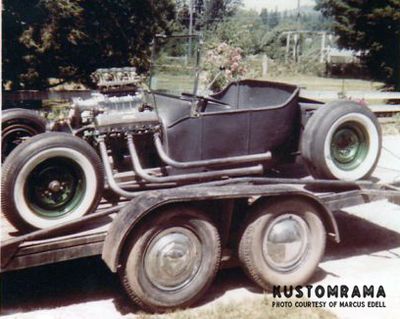 John's Model T as it appeared when it was first built in 1958. Photo courtesy of Marcus Edell. 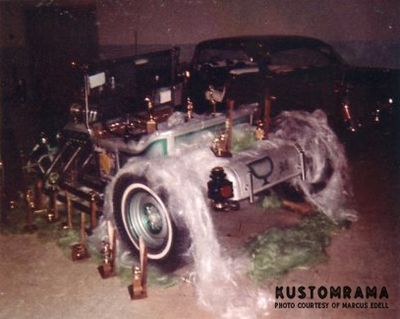 In 1961 John gave the Model T a wild panel paint job and he registered it for street use. This photo was taken at an indoor car show. Photo courtesy of Marcus Edell. 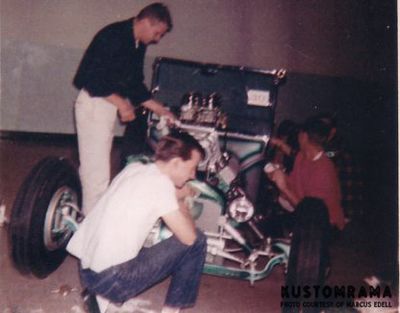 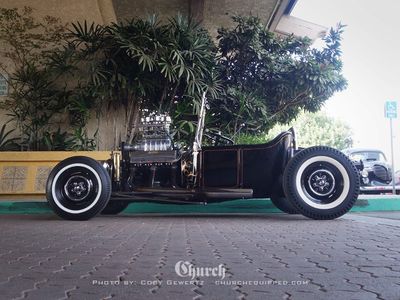 The old hot rod as it sat after Marcus Edell had bought it and brought it back on the road again. Photo courtesy of Coby Gewertz - Church. 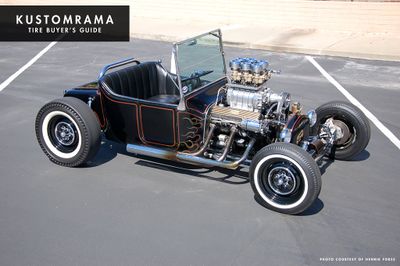 After buying the old hot rod, Marcus installed Firestone 560-15 1 Inch Whitewall tires up front. A pair of 8.00-15 Towel City slicks found their way to the back. A perfect combination for this 1960s survivor. 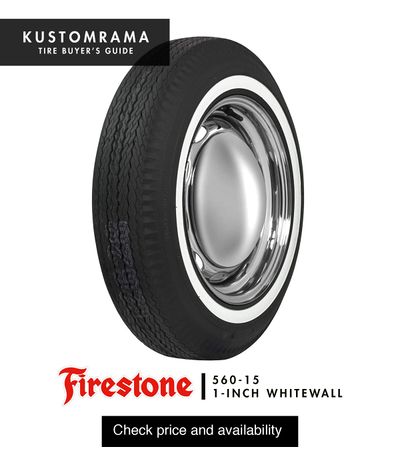 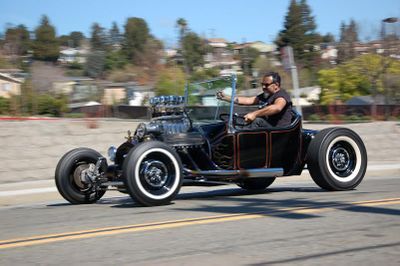 Marcus taking the Model T for a spin. 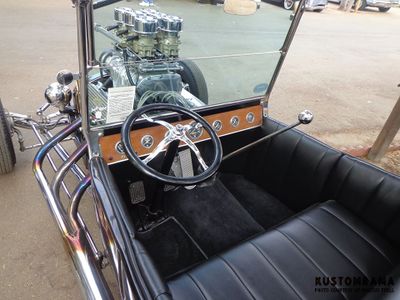 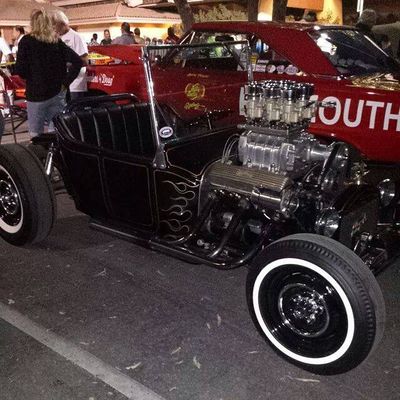 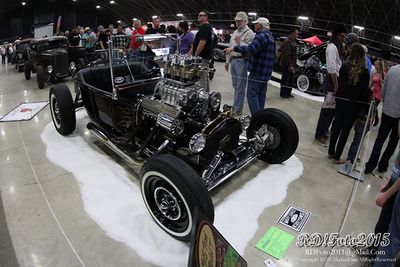 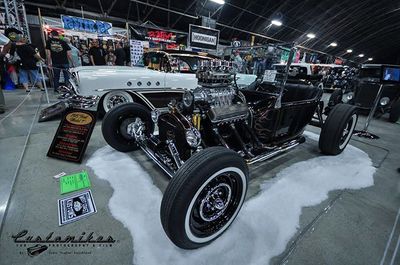 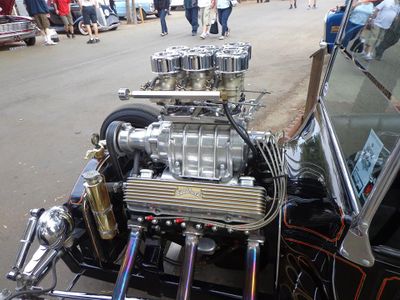 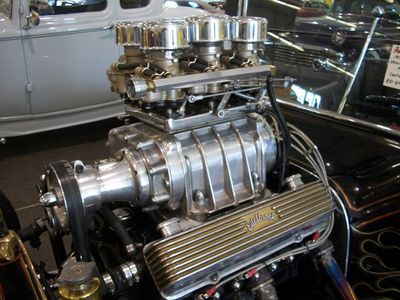 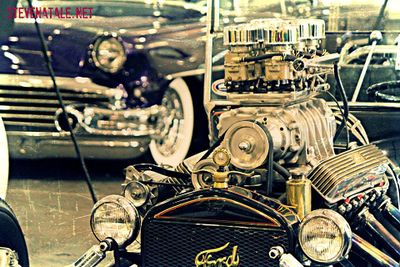 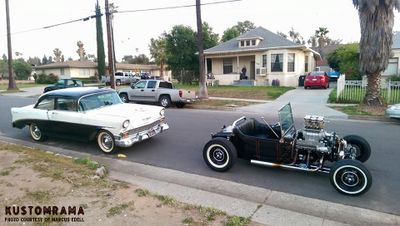 In March of 2015 Marcus sold the Model T to Greg Beck of Redlands, California. Marcus did a partial trade for a 1956 Chevrolet 210 Sedan. Photo courtesy of Marcus Edell. 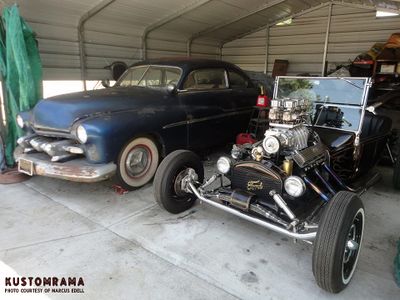 1915 Ford Model T roadster originally owned and built by John Gates of Grants Pass, Oregon in 1958. John was a member of the local car club the "Satyrs," and he built the roadster for Drag Racing at the Medford Oregon Drag Strip. The Model T roadster body was channeled over a 1932 Ford Frame that John Z'd and bobbed. The deck lid was shortened. Power came from a 1955 Cadillac 331engine that John bored to 350 CID. The engine featured an Isky cam and a GMC 4-71 Supercharger with a Cragar kit. It also ran a 1937 La Salle transmission and a 1950 Oldsmobile rear axle. In 1961 John registered the car for street use. He gave it a wild panel paint job, similar to the one Ed Roth gave his Outlaw. Later in the 1960s, John, who owned his own body and paint shop, repainted the car black with flames and pinstriping The car won many trophies at the Drag Strip and was shown indoors in Southern Oregon in the early 1960s in its original paint job.[1]

John owned the car until 2014. In 2014 he decided to sell it off, and he advertised it for sale on Craigslist in Orgeon. The car still had the black, flamed and pinstriped paint job that John gave it in the 1960s when he put it up for sale. Marcus Edell of Castro Valley, California found the car on Craigslist; "I tried many times to contact the owner but had no luck. A year or more went by and my younger brother said he was buying a T in Oregon with a blown Cadillac engine. It was the same T I was after. He beat me to it somehow. I traded my brother a survivor 28 Model A Roadster Hot Rod straight across for it. The T was in need of some things. The carbs were all in a bad shape. I had Dick York rebuild the carbs which were all hooked up with progressive linkage. Had the interior redone in black vinyl by Tony Gomes Tri Valley Auto Glass and Upholstery in Pleasanton,California. Cheater slicks from Towel City were installed. Steel wheels with spyder caps replaced the Slot Mags that were on it to give it back its original 1960s look." After a tune up, the car drove excellent. In 2015 the old hot rod was displayed at the Suede Palaces at the Grand National Roadster Show and the Sacramento Autorama. It did also land a 6 page featured story in Hot Rod Deluxe May 2015.[1]

Please get in touch with us at mail@kustomrama.com if you have additional information or photos to share about John Gates' 1915 Ford.