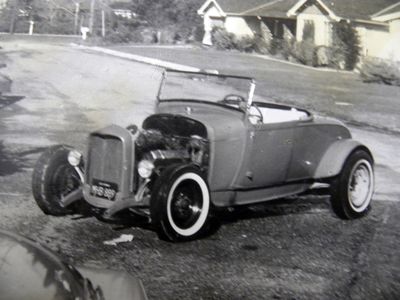 Photo from the Jerry McGinnis' Collection. 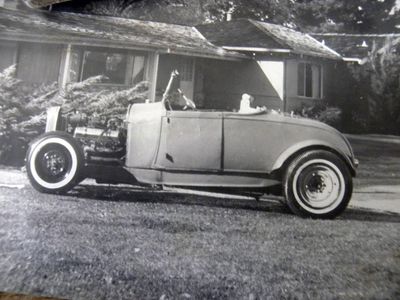 Photo from the Jerry McGinnis' Collection.

1929 Ford Model A Roadster owned and built by Jerry McGinnis of Lafayette, California. Jerry bought most of the roadster in 1962. A couple of months of that acquiring the car, he bought another 1929 Ford roadster just for the doors. Jerry had to pay $65.00 for the second roadster. The roadster body was installed on a boxed and Z'ed 1932 Ford frame. Jerry, who hadn't built a hot rod before, learned a lot from reading Hot Rod Magazine. The car was powered by a 330 horsepower 1951 Oldsmobile engine that Jerry bought for $50.00. It had an Oldsmobile rearend as well, and the tailpipes were Model A torque tube's. According to Jerry, the car was not show quality, but he had a lot of fun building it.[1]

Please get in touch with us at mail@kustomrama.com if you have additional information or photos to share about Jerry McGinnis' 1929 Ford.