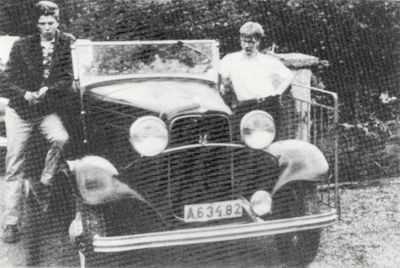 A photo of Lennart Djurberg and Janne next to Lennart's 1932 Ford roadster circa 1957. Janne used to hang out at Lennart's dad's garage as a teenager. This photo was published in Ford Journalen No. 1-93. Photo courtesy of Ford Journalen. 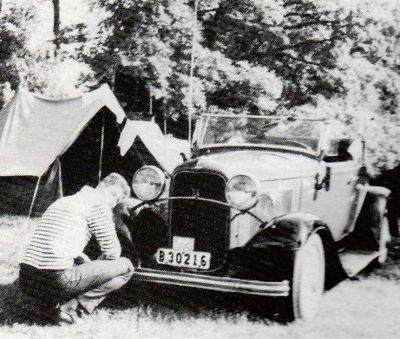 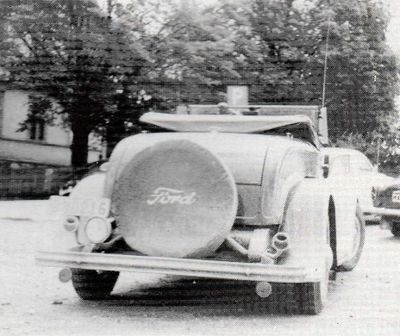 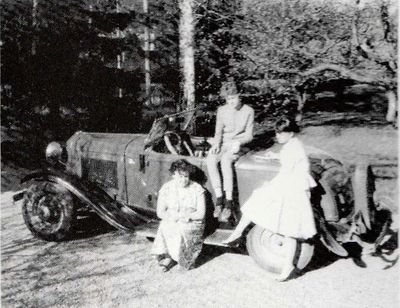 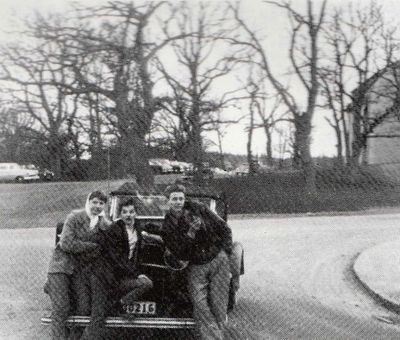 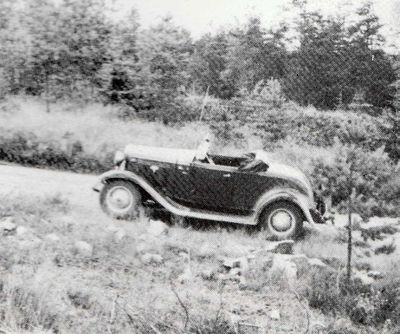 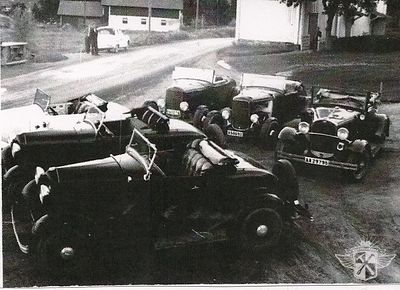 A group of early Swedish hot rods on their way to Kanonloppet in Karlskoga in 1959. The cars in the front row, from right to left, are Lennart Djurberg's 1932 Ford roadster, Janne's roadster and Roland Larsson's 1932 Ford roadster. The cars in the back row, from right to left, are Peter Billing's brother's 1930 Ford Model A Roadster, Peder Lundgren's Ford Model A Roadster and Peter Billing's 1932 Ford Cabriolet. Photo courtesy of Leif Hultdin.[1] 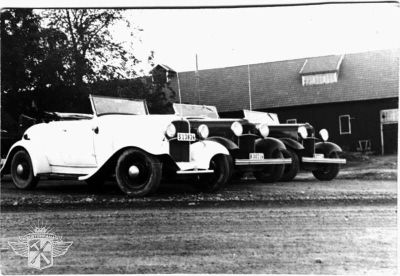 Another photo taken in 1959. Photo courtesy of Leif Hultdin.[1] 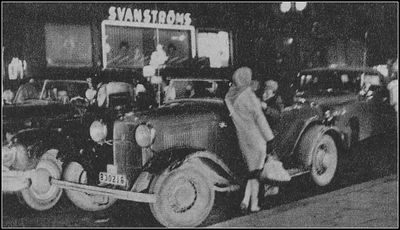 A photo of Janne's Ford taken in 1959. Photo courtesy of Ola Olsson. 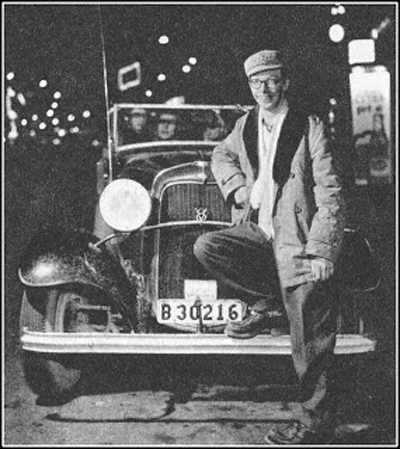 Another photo of Janne with the Ford taken in 1959. Photo courtesy of Ola Olsson. 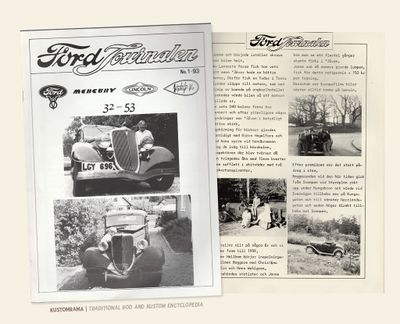 1932 Ford roadster owned by Janne Eriksson of Sollentuna in Stockholm Sweden. Janne is an early Swedish hot rodder, who around 1956 - 1957, when he was 17 years old, used to hang out at Lennart Djurberg's dads garage. Janne lived circa 5 minutes from the shop.[2] Lennart had a 1932 Ford roadster in the garage, Janne's dream car. In the garage he had also access to the newspaper DN, and he used to scan the classified section from top to bottom, looking for a 1932 Ford for sale. April 23, 1957 a 1932 Ford convertible was finally advertised for sale, so they took Lennart's roadster over to check it out. It turned out to be a 1932 Ford roadster with windows attached to the doors. The price was SEK 600 Kr, but Janne was able to buy it for SEK 590 Kr as he needed SEK 10 kr in gas money.[3]

When Janne bought the Ford, it was in a running condition. Back home it stopped halfway in the garage. Not able to get it running again, Janne decided to tear the car down. Lennart's dad told Janne that late 1936 Fords had better engines, so Janne located a Tudor in Tantolunden that he took the engine from. He was able to push the car over so the engine rolled out. Lennart had a set of 040 pistons that Janne bought and installed in the engine.[3]

Janne and Björn Hagelforss took the driver license together, and he remember that the instructor was pretty pissed when he had to drive several blocks in bad weather without a roof.[3]

In 1959 Gunnar Hellbom began shooting the movie Raggare. He needed extras for the movie, and Janne and the 32 can be seen in several scenes. Janne got SEK 150 kr for each shoot. In addition to that, Europafilms company cars were often almost out of gas.[3]

The cruising round at the time went from Svampen at Stureplan, up under Kungsbron. They turned at Sveavägen, went down Kungsgata, took left at Norrlandsgatan and then right, back to Svampen.[3]

By 1960 Janne had built a 100 horsepower engine, using all of the tricks he had read about in American hot rod magazines. The engine was hopped up featuring a Potvin 3/8, Scintilla, Mercury crank and more. As a result, Janne was able to leave Britain made MGA's and Triumph's behind him in a cloud of dust. There was a rich kid who used to drive around town in a 300 SL. One night, after the cinema was over, Janne was able to stop next to the car at a red light. They raced up Kungsbron, and hit full brake right in front of a red light at Sveavägen. The crowd went wild, and Janne proved that if you hopped up an old Ford, you were able to take down a 300 SL. At least the first 200 metres.[3]

Janne had some buddies that were into rallycross, so in 1962 he sold the Ford to buy a Volvo Sport. [3]

Janne's old roadster was kept in a garage until circa 2000. Around that time, Johan Djurberg, Lennart's son, bought the car. Johan commissioned Sven Rådström to do rust repair and bodywork on the car.[4]

Please get in touch with us at mail@kustomrama.com if you have additional information or photos to share about Janne Eriksson's 1932 Ford.