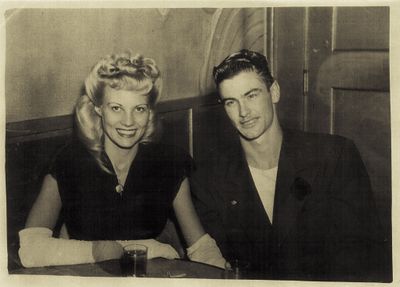 Jim Kierstead's 1939 Mercury Coupe. Jim's Mercury was restyled by Barris Kustoms, and it is rumored to be the first 1939 - 1940 Mercury coupe that the Barris Brothers chopped. The build was started in 1945 and completed in 1947. 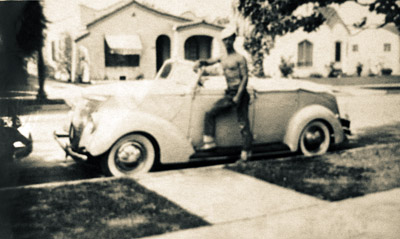 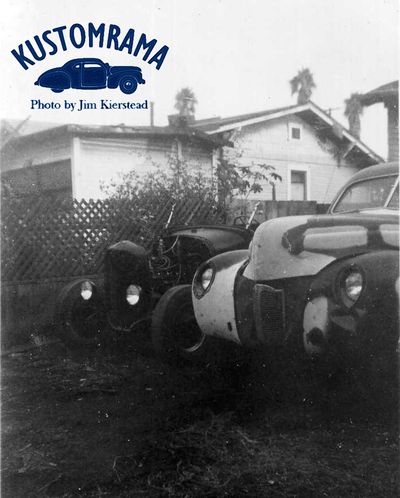 Jim Kierstead's 1929 Ford Model A Roadster, of Inglewood, California. Jim built this roadster when he was 16 in 1939. 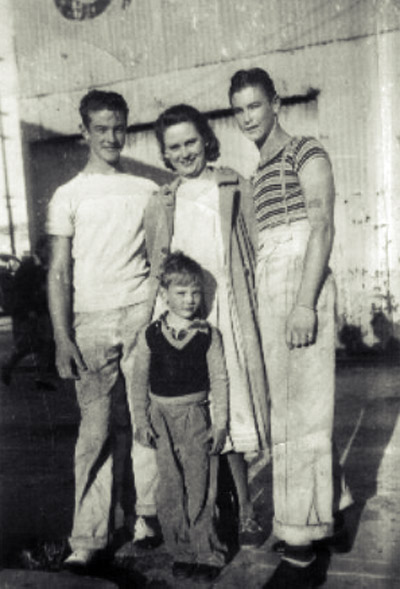 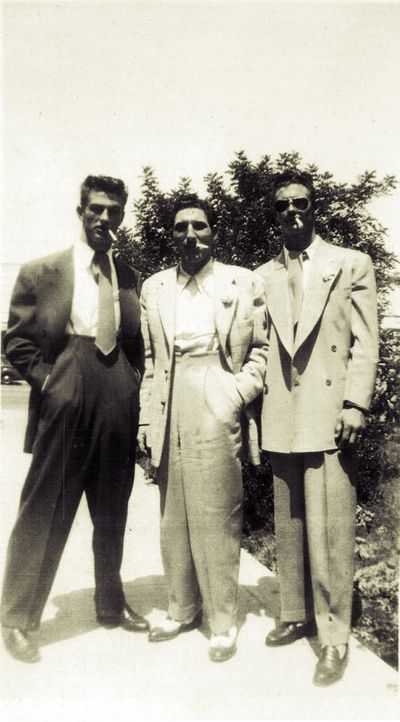 Jim's brother, Bob Kierstead on the left, and Jim on the right. 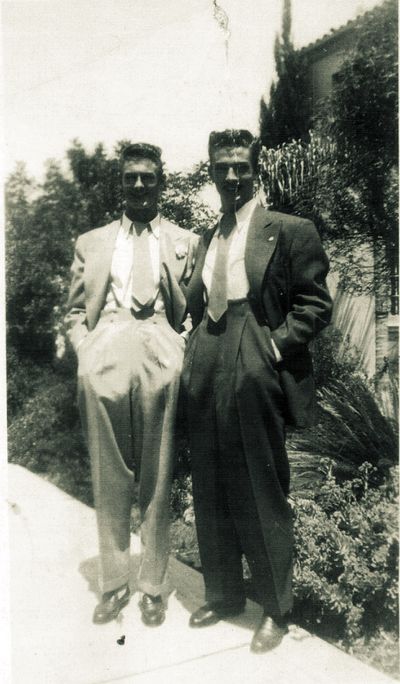 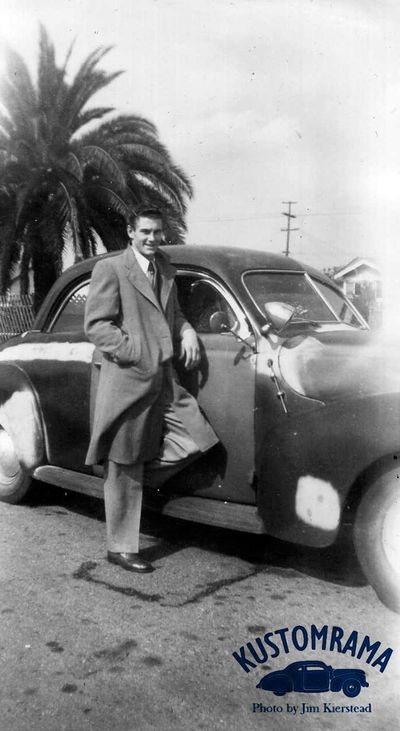 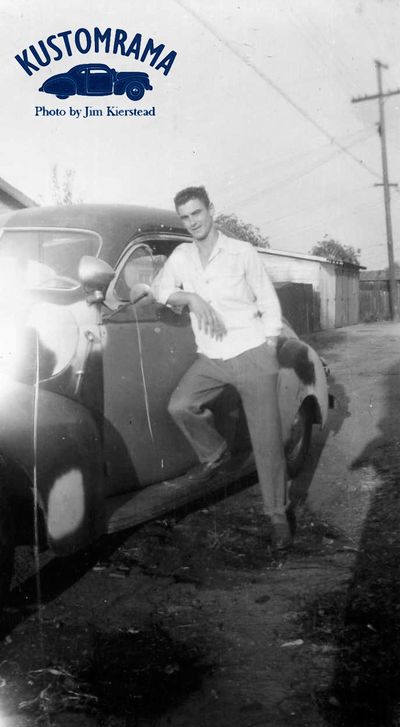 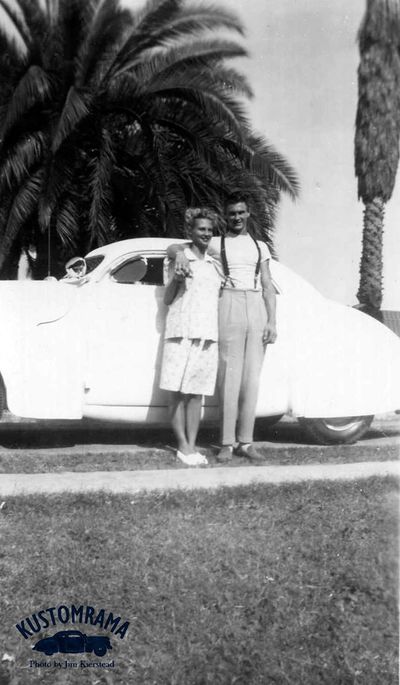 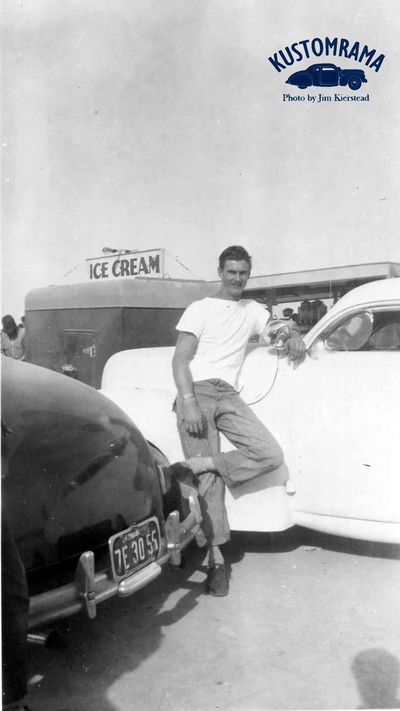 James possible owned the first 1939 - 1940 Mercury that Barris Kustoms chopped. Jim was in the Navy, stationed on a submarine during WWII. He was drafted on June 30th 1942. At the time he was working for Bob Pierce on 1861 West Gage street in Los Angeles

On May 8th 1944, he married Barbara Jean Guseman, born on February 5th, 1925. After the war was over, he filed for divorce with Barbara on June 27th. He married carhop Helen Marie Johnson of 1133 W 87th street, Inglewood. Helen was born in Kansas, but moved with the rest of the family to California during the 1930s. The world was smiling towards Jim, with a pretty wife, a little son and a decent income working as a lather. Unfortunately, he was T-boned by a Deusenburg in his freshly completed Merc on December 6th, 1947.

Please get in touch with us at mail@kustomrama.com if you have additional information or photos to share about James Delbert Kierstead.