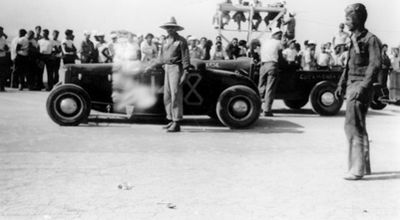 The Calori Roadster August 18, 1946. An early version of the car without the distinctive pipes. Photo from the Don Ferrara Collection.[1] 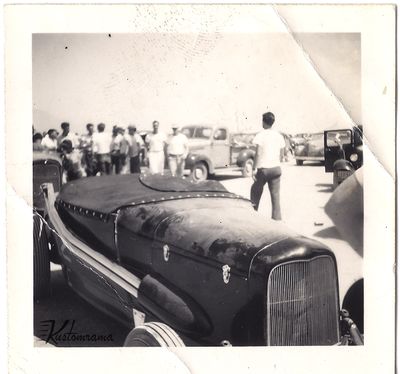 Jack Calori posing besides his roadster in 1947. Photo from the Jack Calori Collection.[2] 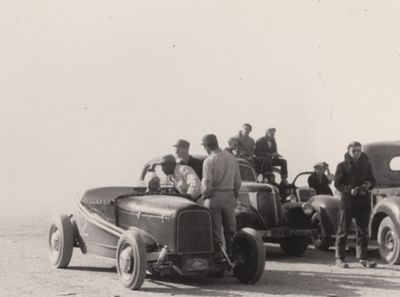 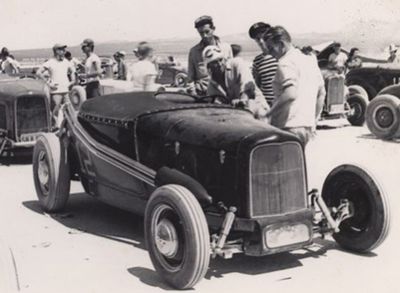 Photo from the Jack Calori Collection.[2] 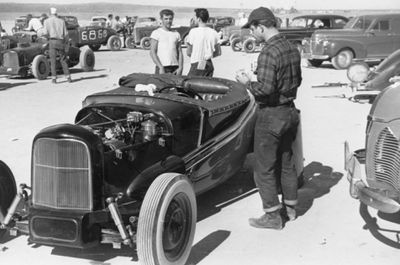 The Calori Roadster in August 1948. Calori had recently sold the car to fellow Lancers member Bill Potts who had added whitewalls to the roadster. Photo from the Ian Dunn Collection.[3] 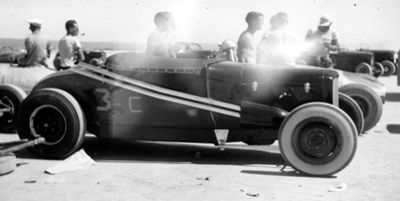 The roadster at El Mirage in September 1948. Photo from the Don Ferrara Collection.[1] 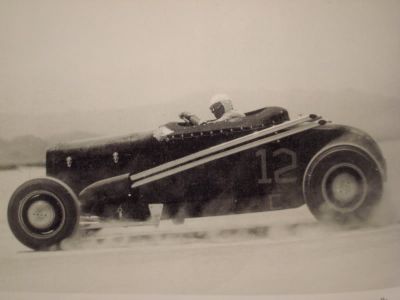 July 1948 the Calori racer was raced at El Mirage. Calori had just sold the car, and it was its new owner Bill Potts that raced it. Potts, who was a dentist and fellow Lancers member had added whitewalls to the car. Calori hated the look. Calori kept the engine when he sold it, so Bill put a 1941 Mercury engine with Meyer heads and Manifold, Winfield cam, and Potvin ignition into the car.[1]

Around 1949 - 1950 Jerry Sutherland of Long Beach, California purchased the car. In 2017, Jerry's son, Rick Sutherland, told Kustomrama that his dad had to trade the car for a sedan in 1955, when he was born; "Which he hated because he was a hot rodder!" According to, Rick, the kid who purchased it was from Big Bear Lake, California. He blew it up in a race, "never took it out of first gear!"[4]

Please get in touch with us at mail@kustomrama.com if you have additional information or photos to share about Jack Calori's 1929 Ford.