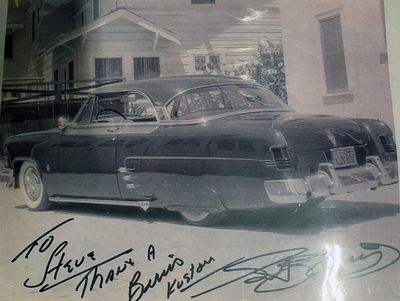 Gil's Mercury as it appeared after Barris Kustoms had restyled it in 1956. George Barris signed this photo for later owner Stephen Kidani. 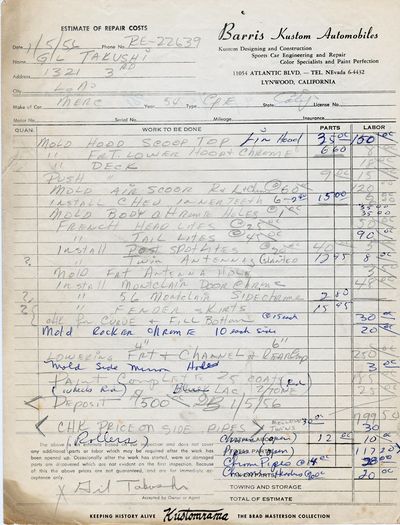 An estimate of repair costs from Barris Kustoms. Gil paid a deposit of $500 on 1/5/56. Photo from The Brad Masterson Collection. 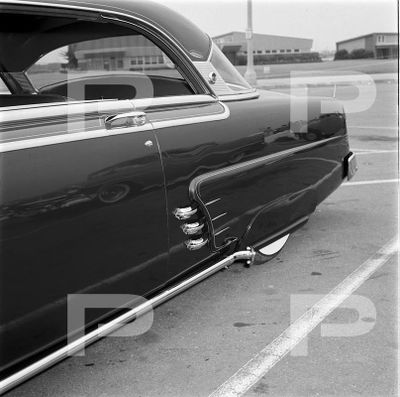 A photo of the car taken by Dick Day at the Compton Car Show in 1957. Photo courtesy of The Petersen Archive. 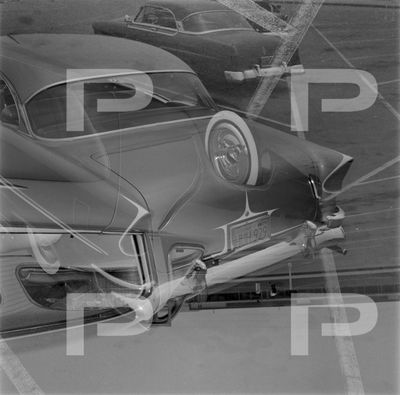 Another photo from the 1957 Compton Car Show. Photo courtesy of The Petersen Archive. 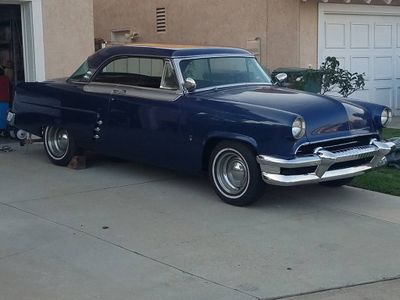 The Merc as it sat in 2023, when it was advertised for sale on Craigslist. At the time, it wasn't running, and it needed an interior and finish up. The price was set to US $25,000.00, but according to the ad, the best offer takes it. No trades. Cash. Pick up only. Click here to check out the Craigslist ad. Photo courtesy of Craigslist. 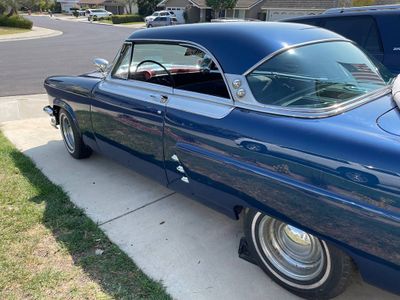 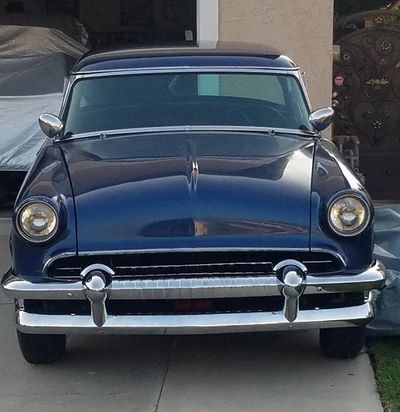 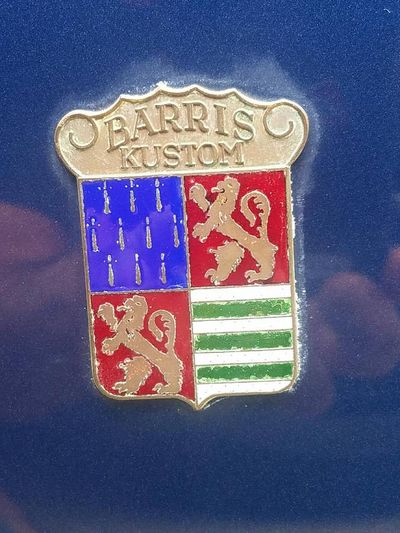 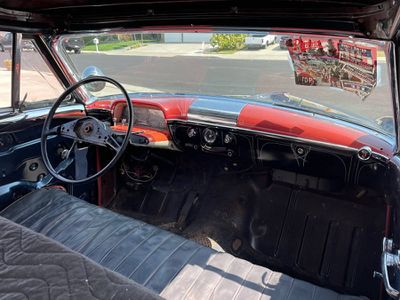 Inside, the old custom features pinstriping by Von Dutch on the dash and above the door trim. Photo courtesy of Craigslist. 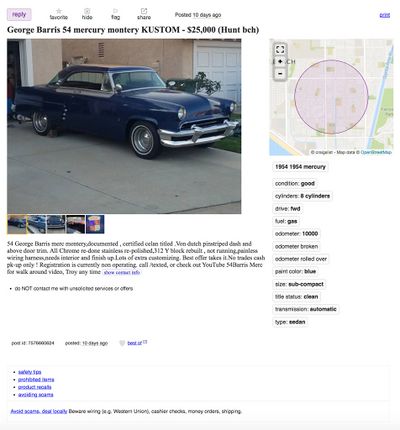 The Craigslist ad. Click here to check it out.

1954 Mercury Monterey restyled by Barris Kustoms for Gil Takushi of Los Angeles, California. The car was restyled in 1956, and it appears in a couple of photos that Dick Day took at the 1957 Compton Car Show.

According to the receipt from Barris Kustoms, Gil had the hood and deck molded at the shop. Barris also molded in the front hood chrome, and the rocker chrome and made the deck lid push-button operated. Other modifications included frenched headlights and taillights. Dual antennas were frenched in, and the rear quarter panels received air scoops with molding trim. Up front, the grille was dressed up with Chevy inner teeth and dual spotlights. The front antenna hole and original body chrome holes were molded in before Barris installed 1956 Mercury Montclair side chrome. The Merc was also dressed up with fender skirts before it was lowered. According to the receipt from 1956, it was lowered 4 inches up front and 6 inches in the rear. The body seems to have been channeled. Before it left the shop, it received a 25-coat two-tone paint job and red wheels. Inside, the Merc received pinstriping by Von Dutch on the dash and above the door trim.[1]

By 2006 the car had been sold to Stephen Kidani of Long Beach, California. Stephen bought the old custom from Gil, and when he got it, Gil mentioned that Martinez had done the interior. Stephen received a "Certificate of Authenticity" from Barris Kustom Industries in March of 2006. Sometime between 2006 and 2023, the car was restored. During the restoration, all chrome was re-done, and all the stainless was re-polished. The 312 Y-block under the hood was rebuilt as well.

Located in Huntington Beach, California, the old custom was advertised for sale on Craigslist in January of 2023. At the time, it wasn't running, and it needed an interior and finish up. The price was set to US $25,000.00, but according to the ad, the best offer takes it. No trades. Cash. Pick up only. Click here to check out the Craigslist ad.

Please get in touch with us at mail@kustomrama.com if you have additional information or photos to share about Gil Takushi's 1954 Mercury Monterey.