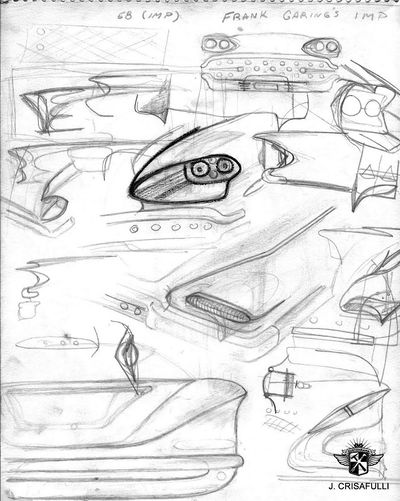 These are the sketches Joe Crisafulli drew for Frank when he brough the Impala to Flyers Body Shop in 1958. Photo from The Joe Crisafulli Scratchbook and Photo Collection. 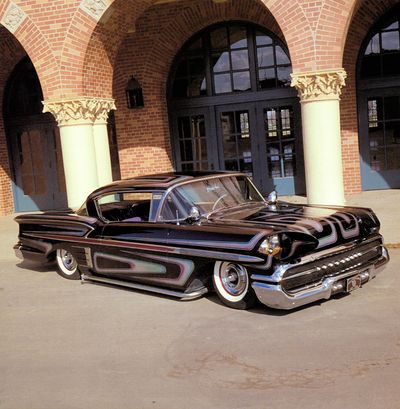 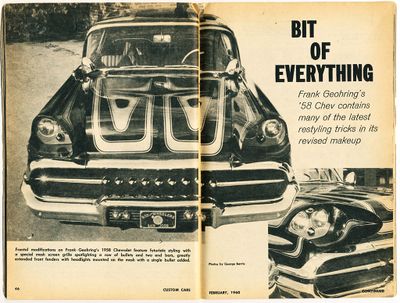 Frank's Impala was featured in Custom Cars February 1960. The photos used in the story were taken by George Barris. Photo courtesy of Custom Cars Magazine. 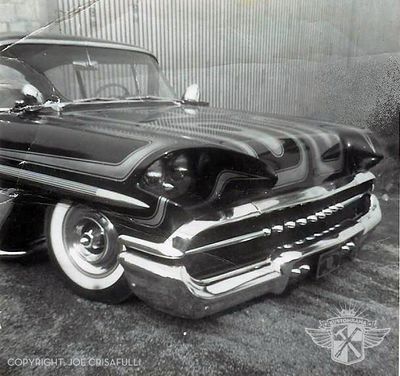 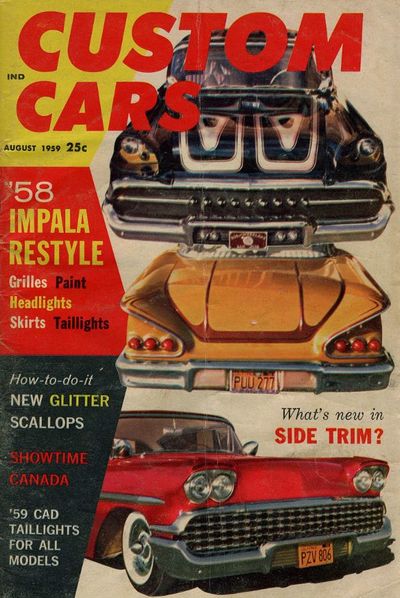 On the cover of Custom Cars August 1959 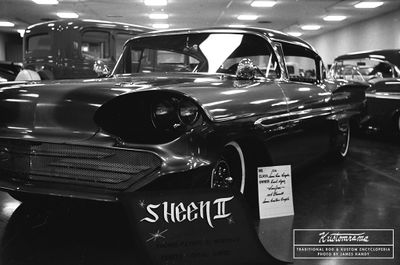 A second iteration of Frank's Impala as it appeared when it was shown at the 1962 San Jose Autorama. Featuring work by Flyers Body Shop and Winfield's Custom Shop, this version of the car was known as Sheen II. Photo from The James Handy Photo Collection. 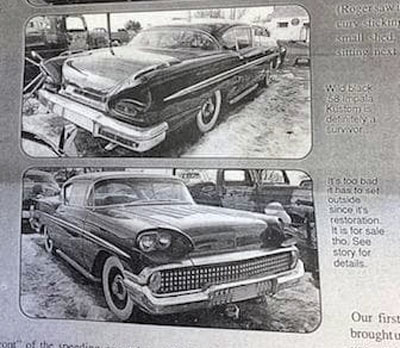 A photo of Frank's Impala that appeared in Styleline Vol 2. Number 3. At the time it was located at a junkyard in Colorado. The car didn't sell, so after 5 years they cut all the customizations off and put it back to original.

1958 Chevrolet Impala designed and restyled by Joe Crisafulli at Flyers Body Shop for San Jose Rod and Wheelers member Frank Goehring of San Jose, California. Frank brought the car over to the shop in 1958. It was brand new, and Frank asked Joe what he could do to it. Joe drew some sketches for Frank. Frank liked Joe's sketches, and he left the car at the shop. The hood and deck were molded, and the door handles were shaved. The front fenders were cut and heavily modified before the headlights were tunneled and repositioned 12 inches further back.[1]The headlights were installed into a perforated chrome steel plate trimmed with chrome bullets. The front and rear bumpers were kept stock except for the chrome bullets that were added to the center sections as trim. The grille treatment featured a nice expanded mesh with nine bullets and tapering chrome spears. The stock taillights were removed and new ones installed in mesh-trimmed tunnels. The body was painted black before silver and purple scallops were added to give the car an unusual effect. Dual spotlights, Chrysler hubcaps and side exhaust wrapped up the style. The side exhaust stacks were added to achieve a lower appearance.[2] Joe Crisafulli did all work on the car, and the build was completed in 1959.[1]

The remains of Frank's Impala were last seen at a junkyard in Colorado. The car never sold and after 5 years the owners of the junkyard cut all of the modifications of and put it back to original.[3]

Please get in touch with us at mail@kustomrama.com if you have additional information or photos to share about Frank Goehring's 1958 Chevrolet.