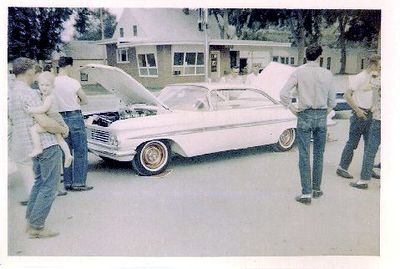 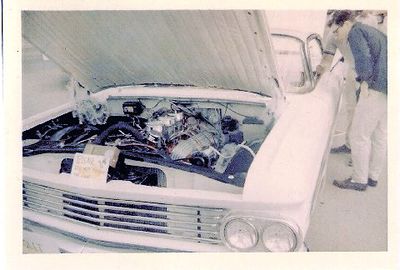 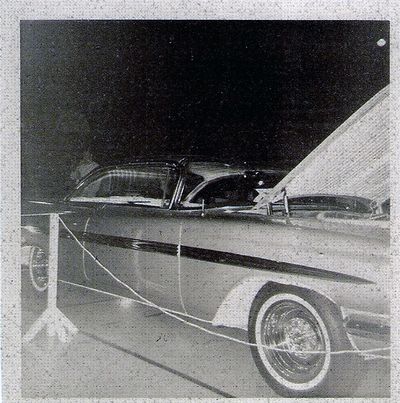 Forest's Impala at an indoor car show at the Rapid City Auditorium in August 1965. 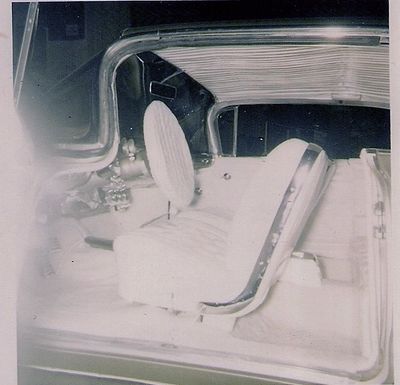 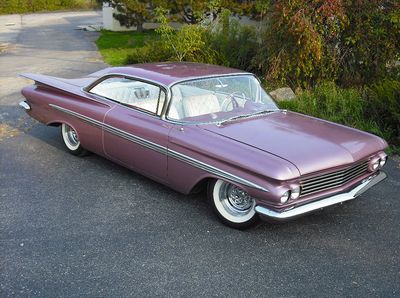 The Impala as it looked when Dave Shuten advertised it for sale on eBay in 2011. 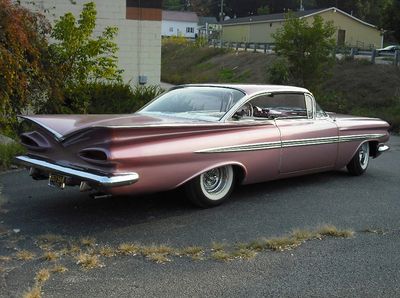 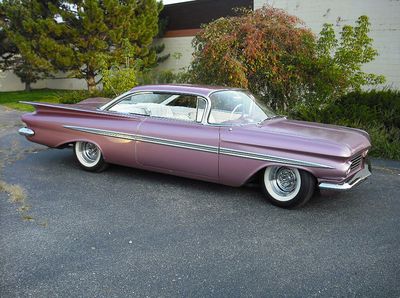 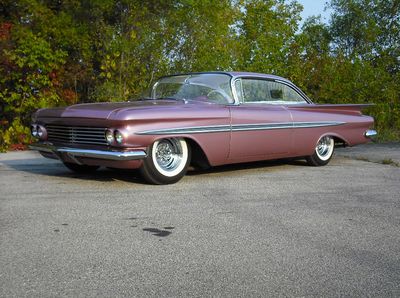 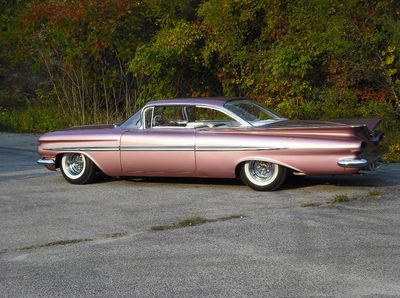 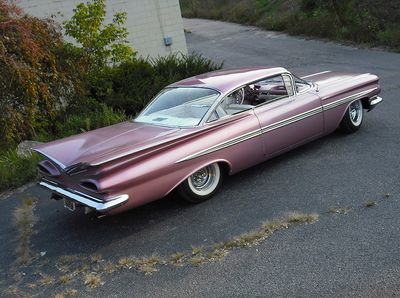 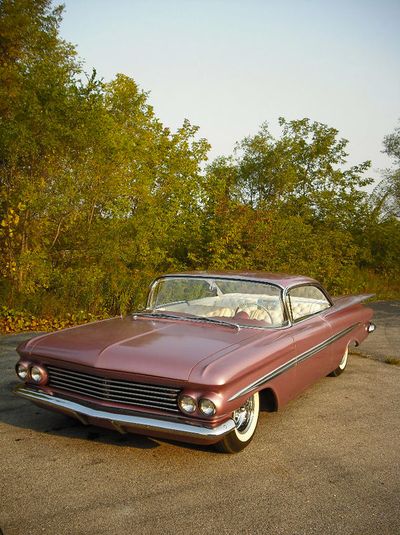 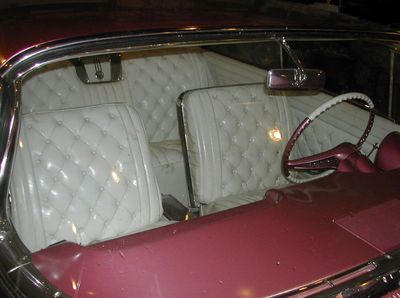 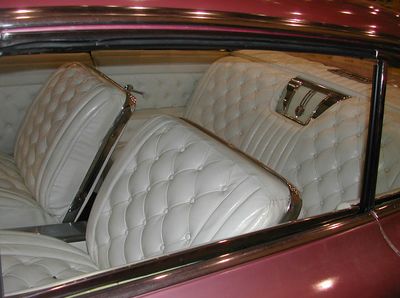 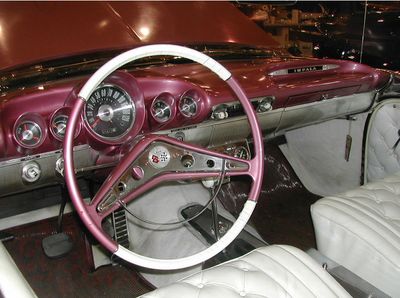 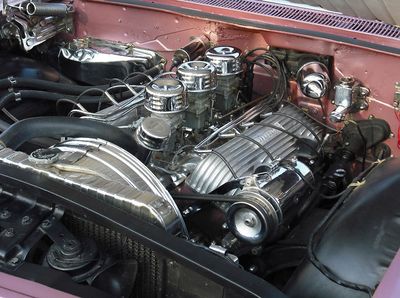 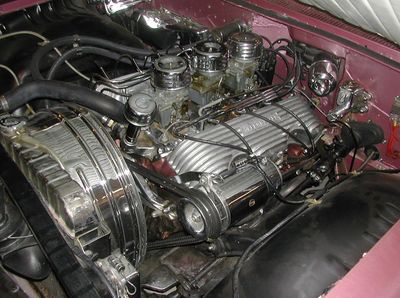 1959 Chevrolet Impala originally owned and restyled by Forest Cutler of Rapid City, South Dakota. Cutler started to restyle the Impala in 1961. By August 1962, the car had been painted pearl white with gold wheels. This version had been shaved for door handles, and featured filled hood air scoops, a tube grille and white custom upholstery. The upholstery had been done by friend of Forest that originally worked as a fireman. Over the next few years, Forest continued to restyle the Impala, and it apparently evolved through several paint jobs and version. As the car evolved, Forest won several awards at local car shows with the Impala. After a while he decided to trailer the car to Denver to see what it could do on a bigger show. On the way, the car came loose in the trailer and hit the wheel wells on both sides. The damages made Forest so mad that he brought the car back home and put it into storage for the next 40 years. This version of the car had been painted Buick Lido Lavender Metallic, and it featured frenched and molded in taillights and headlights. The side trim had been shortened, and all emblems had been shaved away. Everything from the radiator to the hood hinges had been chromed, and bucket seats from a 1963 Chevrolet Impala SS had been installed along with a floor console. Everything including the trunk, under the hood and even the wheel wells had been upholstered in white leather. Cutler's Impala was originally a 348 Tri-Power, solid lifter 3-speed car, but before he parked it, he installed a 4-speed transmission.[1]

Around 2003 or 2004, Forest decided to sell the Impala so he and his wife could travel. The car was sold to someone in Texas. After a while, the Texas owner advertised the old custom for sale on eBay. Mark Moriarity of Mound, Minnesota found the ad and bought the car. Around 2007, Dave Shuten of Northridge, California happened to see the car at Mark's place. Dave fell in love with the car. About the same time, Mark came across Paul Savelesky's 1955 Chevrolet that was currently up for sale, so he sold the Impala to Dave so he could buy the '55.[1] In November of 2011, Dave advertised the Impala for sale on eBay so he could focus his time and money on another project; Tom Daniel's Pie Wagon.[2] When the car was advertised for sale on eBay, it was basically untouched since 1963 having less than 40 000 original miles. [3]

Please get in touch with us at mail@kustomrama.com if you have additional information or photos to share about Forest Cutler's 1959 Chevrolet.