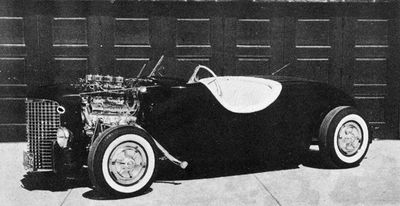 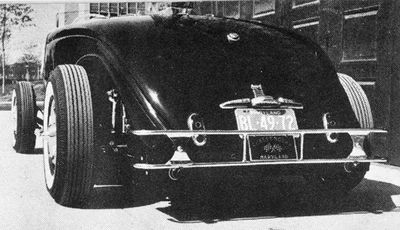 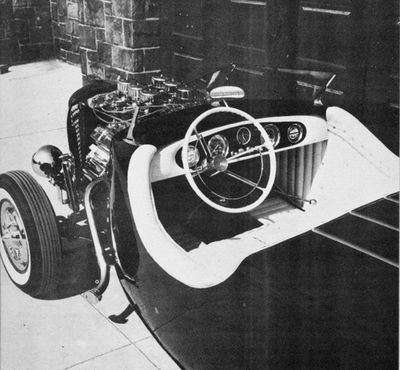 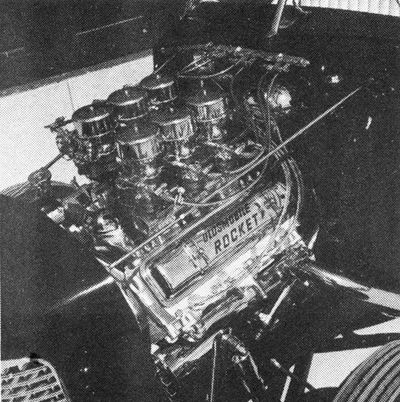 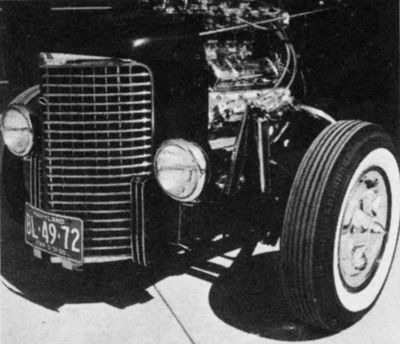 In 1954, Earl Phillips of Baltimore, Maryland was studying roadsters and he thought every one of them looked alike. Earl began building his own, but he wanted something else. He began by buying a 1936 Ford, because he had never seen a street roadster made from one. Earl went down to work, the fenders were removed and a lot of rough spots were rounded. The body was channeled 9 inches and the doors were welded shut. The bumpers were removed and special nerf bars were made out of chromed water pipe. Earl spent two years hunting down the unique 1937 Cadillac Fleetwood grille which he installed. The taillights originated from a 1950 Chevrolet. The windshield was from a speedboat. The Oldsmobile Fiesta Hubcaps were modified with bullets and extra flippers.[1]

Earl constructed the dashboard and mounted an 8000-rpm tach, 160 mph speedometer both Stewart-Warner and a 24-hour airplane clock.The steering wheel was from a 1957 Mercury. The 1942 Studebaker seats were upholstered in pleated white and black Naugahyde.[1]

A 383 cubic inch 1957 Oldsmobile engine was fit between the frame rails. It was fully hopped with a Iskendrian E-2 camshaft, the push rods, chilled iron lifters and rocker arms were Iskendrian as well. Eight Jahns pistons of the solid-skirt type were installed, the compression ratio was 11:1. The heads were milled to 0.020 and polished. The Weiand Drag star manifold sported six Ford 48 carburetors. The exhaust system used a semi-lake headers and a cleaned-out 1956 Oldsmobile manifold. The floor shift transmission was from a 1937 Cadillac and featured 1951 Cadillac bell housings and a 11 inch Cadillac pressure plate. The wheelbase were 112 inches, the stock suspension were reworked. The 2600 pound roadster bounced on airplane-type absorbers. The rear axles were from a 1952 Pontiac and a 1952 Oldsmobile. Ring and pinion ratio was 3.61:1. The front wheels were from a 1948 Mercury with 6.40x15 tires, the rear wheels are from a 1952 Oldsmobile and featured 7.60x15 tires. Most of the work was done by Earl and Jenkins Body Shop of Bethesda, Maryland. Once the bodywork was done, it was painted 25 coats of hand-rubbed black lacquer. By early 1960, Earl's roadster had won 50 trophies, including 15 "Best Car in the Show".[1]

Please get in touch with us at mail@kustomrama.com if you have additional information or photos to share about Earl Phillips' 1936 Ford.