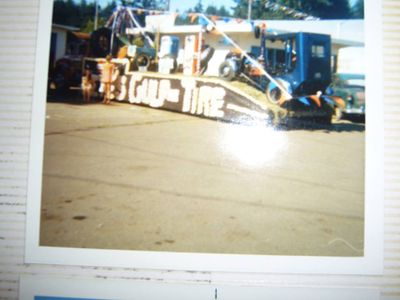 An old photo of the Port Alberni T taken in what seems to be a parade. 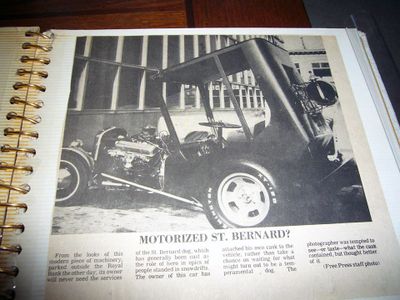 An old newspaper clipping about the T. Unfortunately, the name of the owner is not listed. 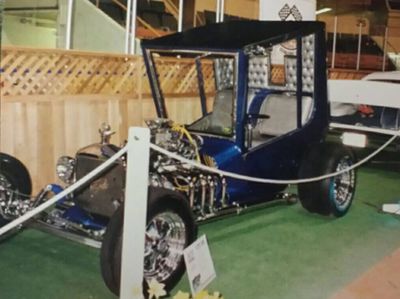 The T photographed at an indoor car show. 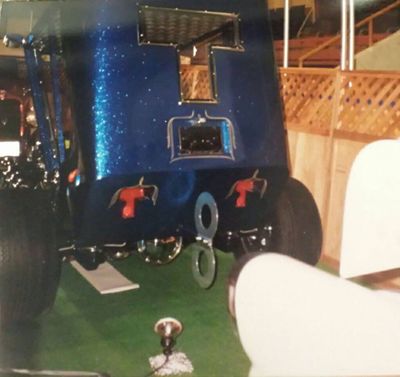 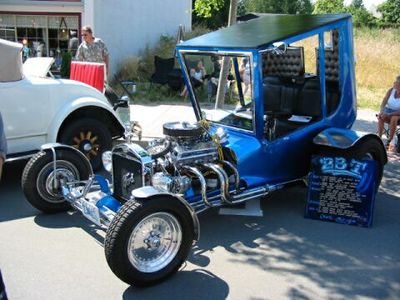 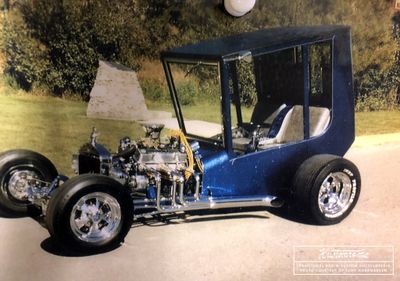 A photo of the T as it appeared when Cliff bought it. It was almost undrivable back then, so he made several changes to the running gear, steering, and seating, making it good to go. Photo courtesy of Cliff Nordmarken. 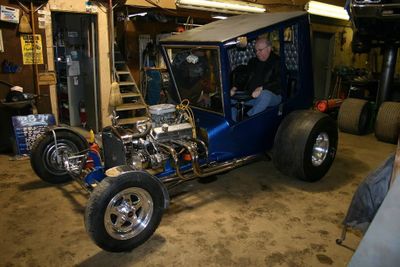 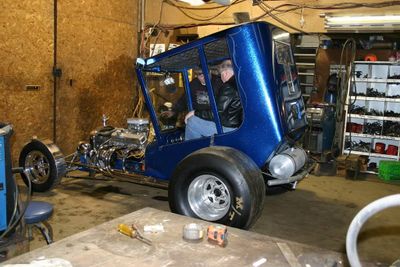 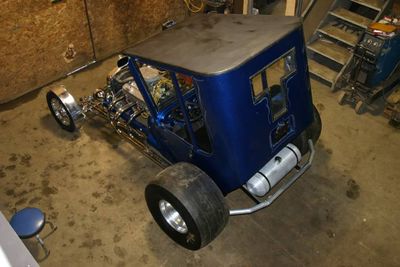 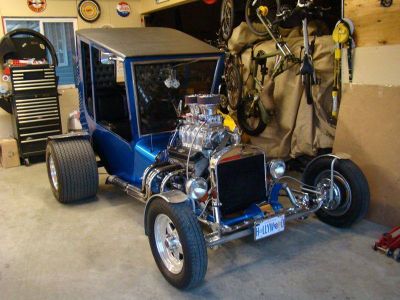 Cliff is known for installing blowers on everything, so he installed a 6/71 blower on the T. 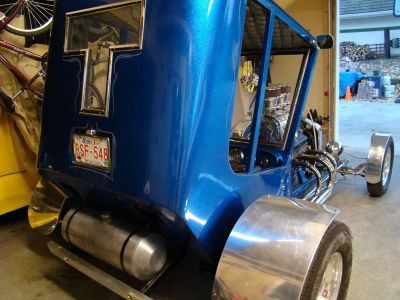 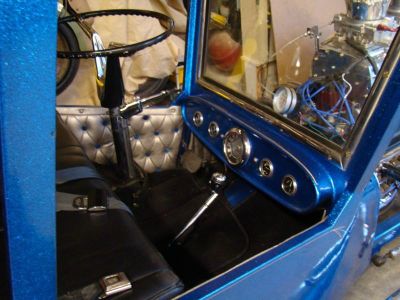 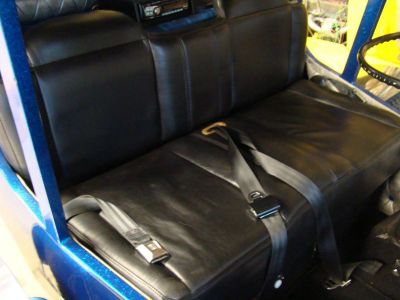 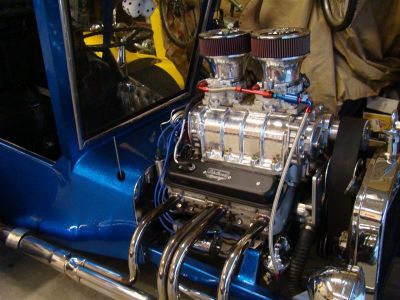 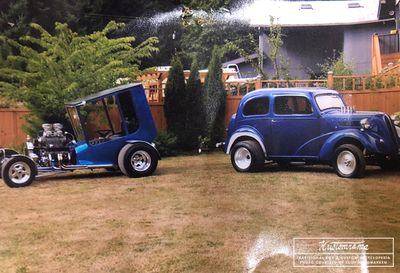 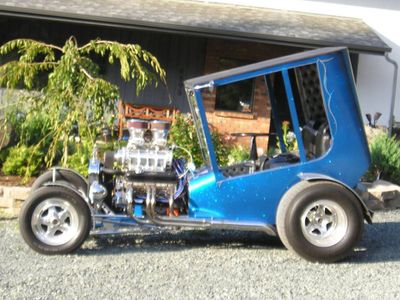 1923 Ford Model T coupe owned by Cliff Nordmarken of Port Alberni, British Columbia, Canada. The inspiration for Cliff's coupe came from "The Uncertain-T," a famous show and street rod built by Steve Scott of Reseda, California. The idea for Steve's build came alive in 1960, after seeing a cartoon that a classmate had scribbled down. Steve was 17 years old when he started the build. He completed it five years later, and it made its debut at the 1965 Winternationals N.H.R.A. Custom Auto Fair.

The name of the original builder is not known. Nobody seems to know when it was built either, but it was painted blue Metalflake when Cliff bought it. The T was almost undrivable, so Cliff made several changes to the running gear, steering, and seating, making it good to go. Known for installing blowers on everything, Cliff went ahead an installed a 6/71 blower on the T.[1]

In 2020 David Russell told Sondre Kvipt of Kustomrama that Cliff owned the T for several years. "He sold it a few years ago to work on a couple of other projects. The most amazing thing about having this clone in Port Alberni," David told Kustomrama, continuing, "is that it wasn't the only one!" Sometime around 1968, David was driving down the main street of Port Alberni when he saw "The Uncertain-T" coming his way. "I think I must have just about driven off the road as I had seen it in the "Little Mags" but never dreamed it would be in my home town." Painted school bus yellow, it turned out to be a lookalike. Later on, David found out that a friend of his from High School, Barry Coulson, eventually ended up with the yellow "The Uncertain-T" copy.[1]

Please get in touch with us at mail@kustomrama.com if you have additional information or photos to share about Cliff Nordmarken's 1923 Ford.