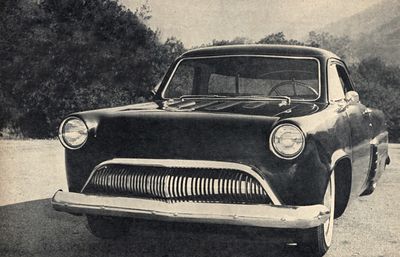 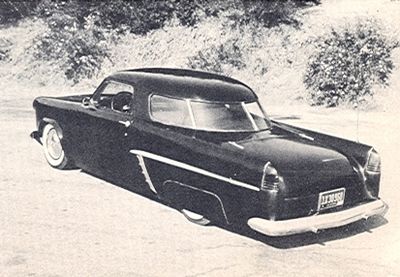 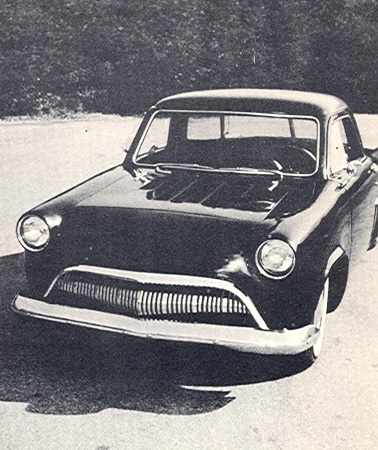 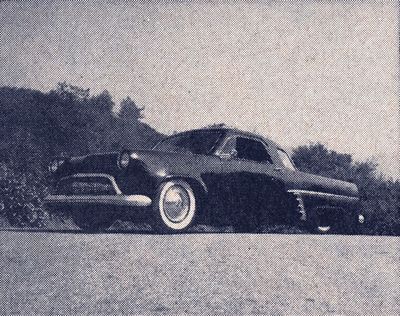 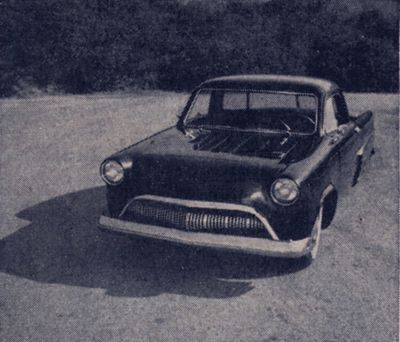 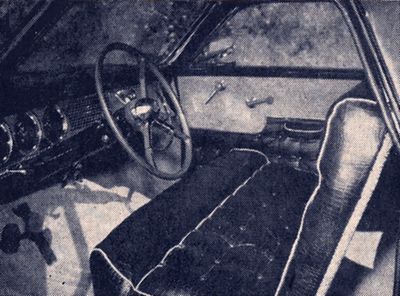 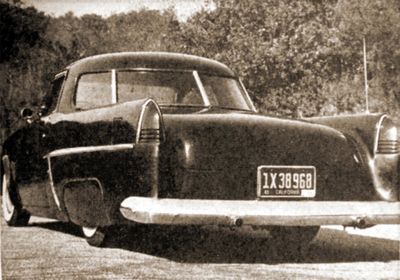 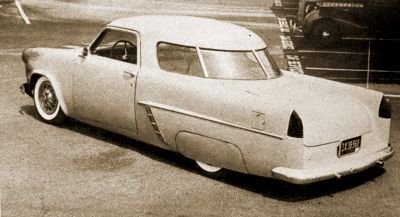 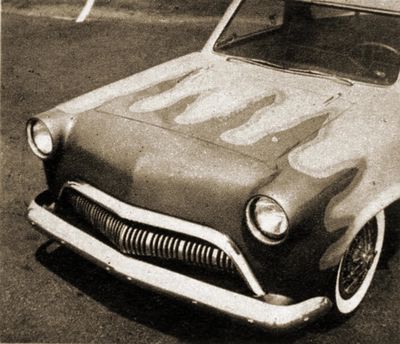 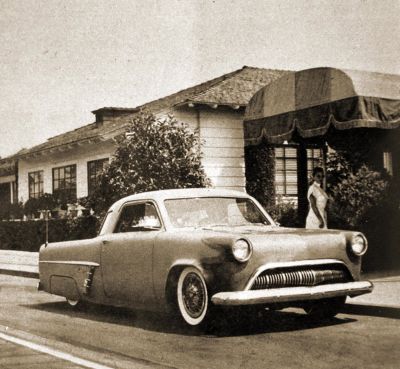 1951 Studebaker Starlight Coupe restyled by Charles DeLacy of Los Angeles, California. Charles customized his Studebaker in his spare time, working by night at an aircraft plant, going to college by day, and working at an body shop during his "idle" hours. The build took 15 months to complete.[1]

Up front Charles created a new grille made from a 1947 Oldsmobile top bar, and a 1949 Mercury grille.[2] The headlights were replaced by a pair of 1952 Ford lights.[2] In the rear Charles replaced the stock deck lid with one from a 1952 Nash. A forward panel was made from a 1934 Ford hood. He also restyled his Studebaker using 1950 Oldsmobile rear fenders with 1952 Ford scoops, and 1952 Lincoln taillights.[2] The exhaust tips were inset under the bumper.[1]

Charles lowered the car by installing lowering blocks front and rear and sectioning the body 3 inches.[2] The Stude retained its flathead six engine but it was equipped with a 3/4 race cam, oversize valves, dual carbs, headers and re-shaped combustion chambers which brought the compression ratio to 9:1.[1]

October 26 to November 1, 1953 Charles' Studebaker was shown at the 4th annual Motorama in Los Angeles, California.[3]

Please get in touch with us at mail@kustomrama.com if you have additional information or photos to share about Charles DeLacy's 1951 Studebaker.