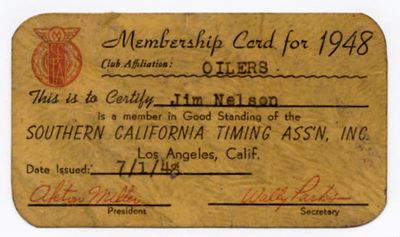 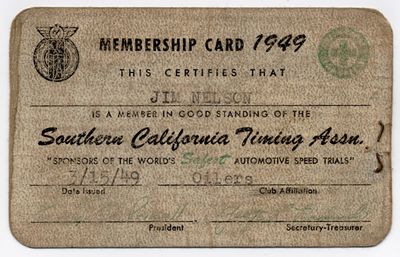 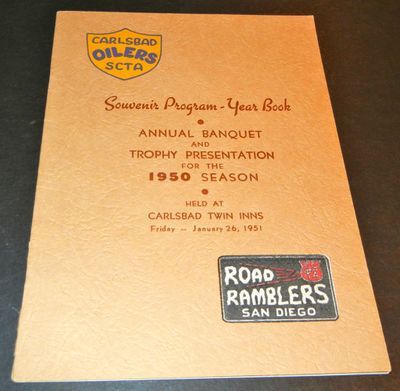 The Carlsbad Oilers and Road Ramblers of San Diego Souveinr Program and Year Book for the 1950 Season. This book was advertised for sale on eBay in February of 2013. Photo Courtesy of eBay. 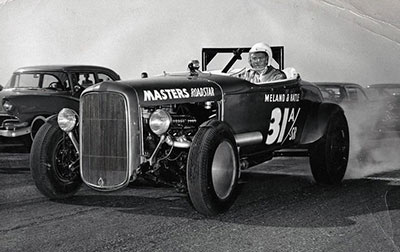 Quint Meland's 1931 Ford Model A Roadster of Oceanside, California. Quint bought the basic car, without an engine in 1956. After spending countless hours in school auto shop and at his father's gas station the roadster was finally ready for its first trip to the Paradise Mesa Drag Strip in 1957. In 1958 Quint was asked to join the Carlsbad Oilers car club and the Dragmaster racing team. He owned the car from 1956 to 1961, and he only lost two races with it. 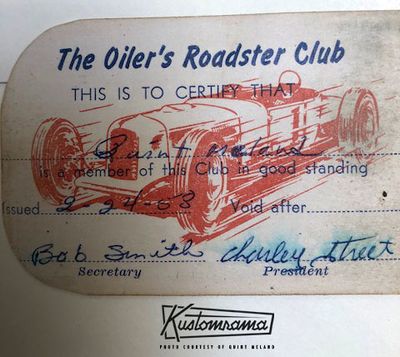 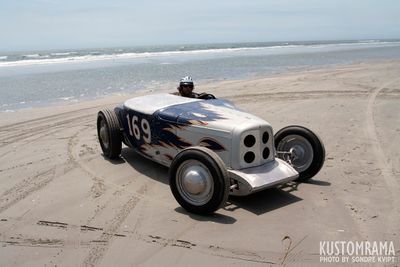 Andy Kohler's 1930 Ford Model A roadster at the 2016 the Race of Gentlemen in Wildwood, New Jersey. Andy's roadster made its debut at the show. Photo by Sondre Kvipt - Kustomrama. 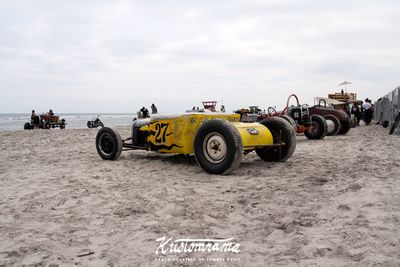 Jeremy Baye's Model T Roadster at the 2018 The Race of Gentlemen in Wildwood, New Jersey. Photo by Sondre Kvipt - Kustomrama.

The club was organized under the SCTA.

Ski Sass acted as President for the 1951 season. Jack Carpenter was the Vice-President, Gene Shelby, while Gene Shelby acted as secretary and Dick Dunham as treasurer.

Friday, January 26, 1951 the Carlsbad Oilers and the Road Ramblers of San Diego held their annual banquet and trophy presentation for the 1950 season at the Carlsbad Twin Inns. At the event, 1950 SCTA President Akton Miller summarized the past season activities of the two club's participation, while 1951 SCTA President Bill Burke outlined what the the upcoming 1951 season held for the clubs when it came to new schedule of events and rules modifications. Other attendees included chief timer J. Otto Crocker and Hot Rod Magazine editor and former SCTA president Wally Parks.[1]

Please get in touch with us at mail@kustomrama.com if you have additional information or photos to share about Carlsbad Oilers.