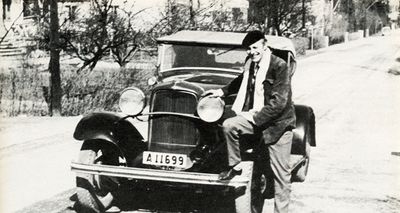 A photo of Bosse with the roadster as it appeared when he bought it in 1959. Photo courtesy of Wheels Magazine. 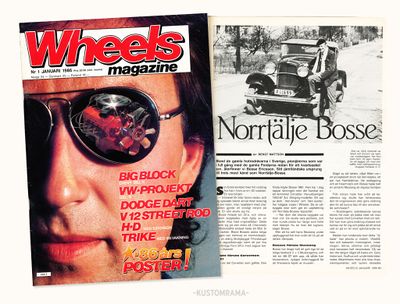 In 1986 Wheels Magazine did a story on Bosse titled "Norrtälje-Bosse". A photo of the roadster appeared in the story. Photo courtesy of Wheels Magazine. 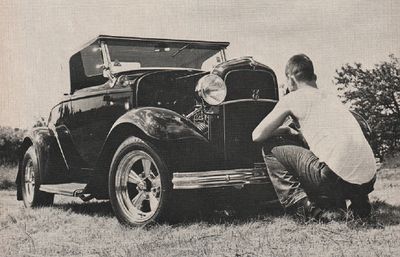 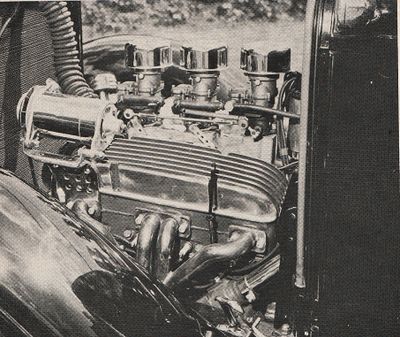 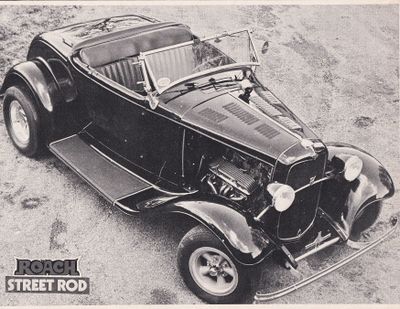 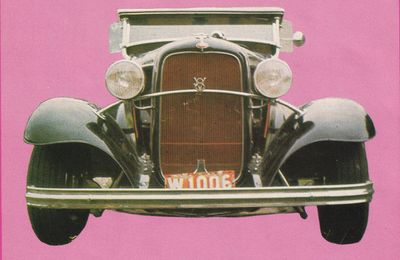 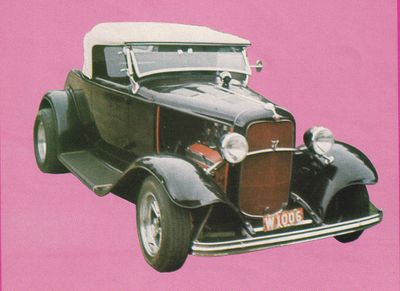 1932 Ford roadster owned and built by Bosse Ericsson of Norrtälje in Stockholm, Sweden. Bosse is a Swedish hot rod pioneer, and he was known amongst friends as "Norrtälje-Bosse." According to an interview he did with Bengt Mattson, Bosse was introduced to the emerging Swedish hot rod scene trough a warmed over 1932 Ford roadster. "I was already interested in cars, and I was involved with ice-racing at the time, but the Chevrolet powered roadster really made a huge impression on me. I needed one for myself, " he told Bengt. The interview was published in Wheels Magazine Januari 1986, in a story named "Norrtälje Bosse."[1]

Bosse bought his dream car as a stocker in 1959. Locating a Chevrolet V8 in Sweden at the time wasn't easy, as most Swedish sold Chevrolets ran inline 6 engines. An engine was finally located and installed in the car, making Bosse one of the first hot rodders in Sweden to install a Chevrolet V8 engine in a hot rod. The engine was hopped up featuring a three-jug intake. An adapter was bought so Bosse could run the stock transmission, and the front axle was dropped to lower the car.[1]


Bosse had the car at the first Hot Rod Show 1964 at Ringvägen, Stockholm.


In mid-sixties, the car was sold to Stig Brohlén from Tungelsta. The deal included a swap with Stig's 1956 Corvette.
Both Stig and "Gamen" were members of the Los Angeles Roadster Club.
They tried to get the car legal by Svensk Bilprovning but did not succeed.


Stig then swapped the Roadster 1968 with Gunnar 'Roach' Olsson in Orsa for another -32 Roadster as he planned to build an original car.


Gunnar later sold the car to Tomas Kaakinen in Borlänge and it belongs today (2020) to Jörgen Fjellet.

Please get in touch with us at mail@kustomrama.com if you have additional information or photos to share about Bosse Ericsson's 1932 Ford.