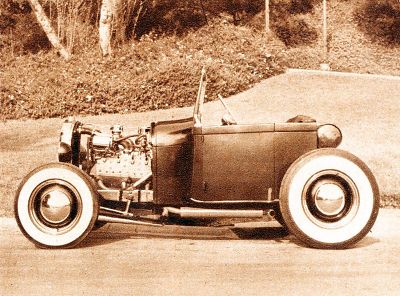 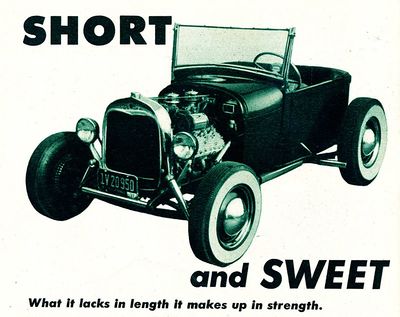 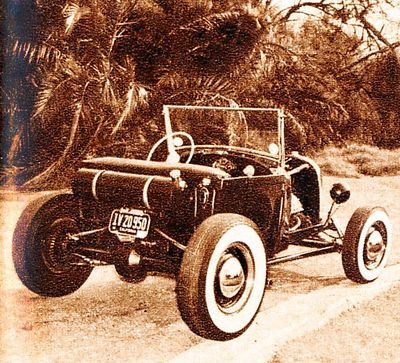 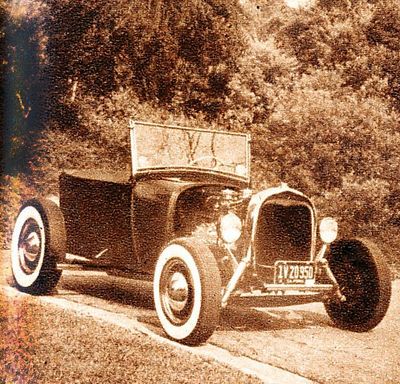 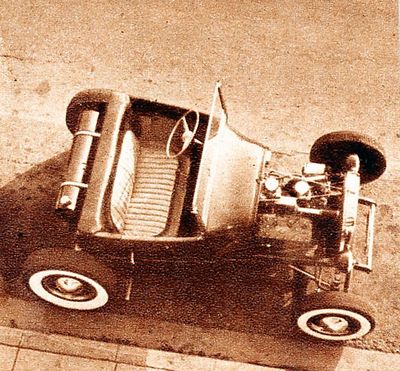 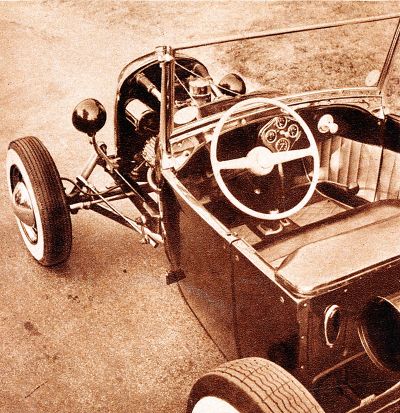 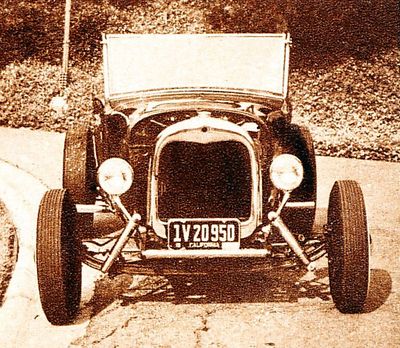 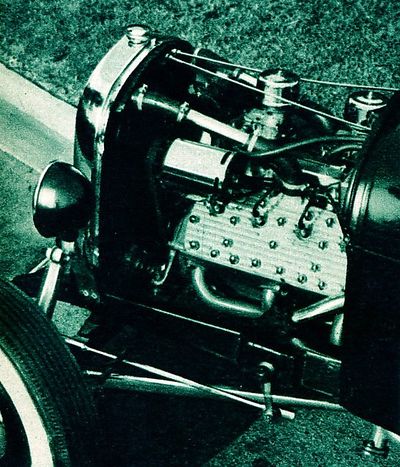 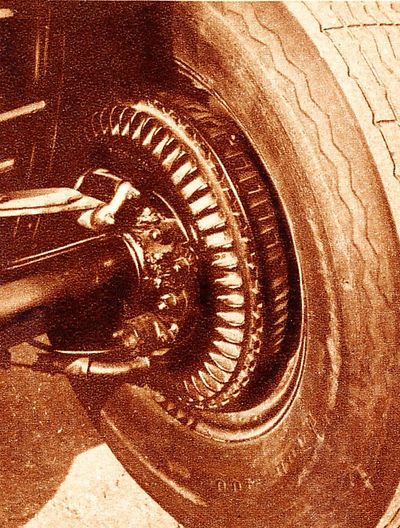 1929 Ford Pickup owned by Bill Vogt of Los Angeles, California. Bill's dad owned the Kaiser Korner in Los Angeles, and when it was time for Bill to acquire a decent car, a Kaiser was the natural way to go. When Bill was called in to the service, he was forced to sell his ride, and forget about cars for a while. When he returned from the service, he began looking for a new car again. He found this shortened Model A pickup, which was powered by its original 4 banger. Bill bought the pickup, and quickly the 4 cylinder got pulled out. Instead, he installed a 1942 Mercury engine, thoroughly rebuilt and bored to 3 5/16". A Howard M12 cam was installed, along with a set of 8.5 to 1 Edelbrock heads, Johns racing piston, a Weiand dual manifold with a set of Stromberg 97 carbs, Advance headers and a Kong ignition. The transmission hailed from a 1939 Ford, supplied with 26 tooth Lincoln teeth. The stock Model A rear end was discarded, and in came a 1940 Ford unit. The driveshaft had to be shortened an amount of 15" in order to make this work. In order to make the fast jalopy stop properly, a set of Kinmont disc brakes were installed. The steering assembly was from a 1932 Ford. Bill used a set of 1940 Ford wheels, with 5.50-15 up front, and 7.00-16 in the rear. 1939 Ford taillights were installed on both sides of the round gas tank.[1]

Bill took the car to Johnny's Upholstery Shop in Inglewood to have the interior done. He did a beautiful job, making a neat two tone combination of brown and beige leatherette. After this was done, it was painted a 1953 Buick Manderin metallic maroon lacquer. The first thing he did when the car was completed, was to enter the shows, then the drags. With a weight of 1470 pounds, it turned 97 mph on the quarter mile![1]

Please get in touch with us at mail@kustomrama.com if you have additional information or photos to share about Bill Vogt's 1929 Ford.